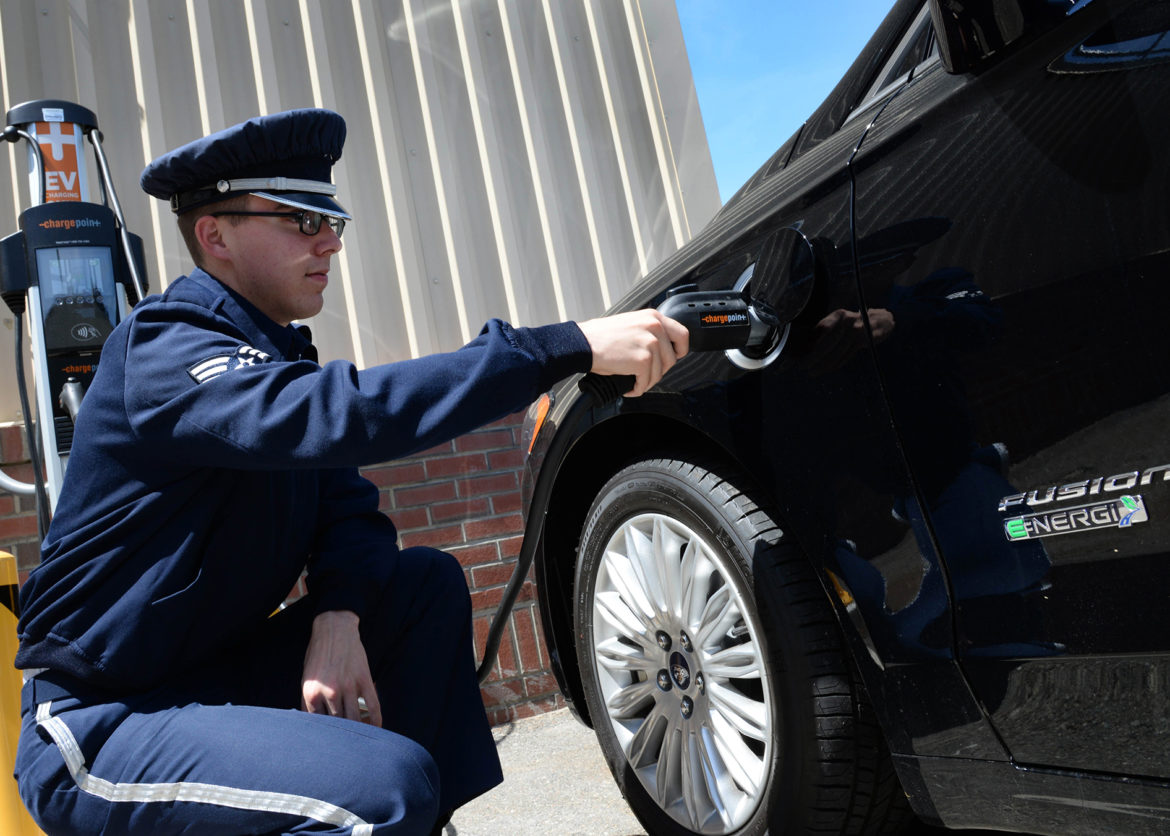 Access and equity are becoming part of the conversation around electric vehicle incentives in the Northeast.

New England utilities, regulators, and policymakers are starting to address the longstanding critique that electric vehicle rebates and incentives too often flow to drivers who don’t need the break.

Access and equity are emerging as priorities in the design of electric vehicle programs in the region. Maine is the latest state to roll out incentives with specific carve-outs for lower- and moderate-income residents.

“It’s important to illustrate that the progress we’re trying to make on environmental objectives is not mutually exclusive to delivering benefits that are economy-wide and shared by everyone,” said Michael Stoddard, executive director of Efficiency Maine, which is administering the program.

The money comes from the state’s share of the Volkswagen emissions-cheating settlement. An additional pool of money — up to $3 million — is separately being used to build out the state’s charging infrastructure.

To make it easy for folks to pre-qualify for low-income rebates, anyone who receives support through the federal Low-Income Home Energy Assistance Program is automatically eligible. “As soon as we confirm a match, we send that person something they can take to the dealership,” Stoddard said.

The state of Vermont will roll out an electric vehicle incentive program this fall that is also expected to provide some additional benefits for low-income buyers. No details have been released. The state’s largest utility, Green Mountain Power, introduced its own aggressive incentive program in March.

“People are asking: What can we do to cut carbon and save money? Transitioning to an electric vehicle is the best thing to do, because the comparative cost to gasoline is so low,” said Graham Turk, a member of Green Mountain Power’s innovation development team.

The utility is working with car dealerships to provide its incentives at the point of sale, rather than making it a mail-in rebate or tax season benefit, which can require buyers to cover the full expense for weeks or months.

“We wanted to make this easy, and how do you do that? At the time of purchase,” Turk said.

Since the program was launched in March, more than 250 customers have taken advantage of the rebates, and more than 50 have been from low- or moderate-income households. Households with one person can earn up to $50,000 and households with two or more people can make up to $85,000 and qualify for the extra $1,000 rebate.

Vehicles qualifying for Green Mountain Power’s discounts have to plug in and have a suggested retail price of $60,000 or less. The utility has set aside 150 low-income rebates for this year but could expand that number if there is demand. In addition to the rebate, it is throwing in a unique incentive: a home-based Level 2 charger — gratis ($600 value) — for anyone who takes advantage of the incentives.

Having dealers educated and savvy about incentive programs is seen as a crucial component to a successful rebate program, along with offering point-of-sale rebates and bonus incentives for low-income households.

In Vermont, the combination of incentives has boosted sales at at least one local dealer: Alderman’s in Rutland.

“We’ve seen a broader spectrum of people who come in the door interested in EVs that are going beyond the early adopters and starting to see them in other segments — such as our used EV business and leasing,” said owner Mark Alderman. Used sales and leases are up over last year and growing.

How does Alderman see this growth continuing? “Range and access to infrastructure are two big things,” he said. That’s why providing at-home charging stations, as GMP is doing, or employers providing them at work will continue to help ease the anxiety folks feel about keeping their EV charged.

“What’s important for this movement that is happening right now is that there is a lot of work being done to get the design of the programs done right,” said Emily Lewis, director of climate and energy analysis at the Acadia Center, which monitors climate policies in the Northeast. That includes work around the emerging Transportation Climate Initiative.

“Programs are trying to get more input at the front end of design, which was a criticism of RGGI, that is was designed before getting input,” Lewis said.

As part of the transportation initiative’s required public engagement, Lewis said, planners should do more to listen to what residents, including low-income folks and those from historically disadvantaged communities, want from transportation. It may not be incentives and rebates.

“The first thing that comes to mind when designing for equity is humility — you need to start with an open ear and an open chair and give space to the population being served,” said Williams of the Center for Sustainable Energy. “Often the design process is not collaborative itself. With that kind of humility as the first important ingredient.”

A recent public meeting on transportation issues in Connecticut revealed that residents care about safe walking and biking options, as well as more investments in public transit, Lewis said. Any rollout of new programs to address historical deficits in transportation infrastructure for low-income or historically marginalized communities will need to be considered.

“The savings from [the Transportation Climate Initiative] could be used to fund things like EV rebates — as people are still going to be driving,” Lewis said “By engaging communities and hearing their needs, it means that we can also look at funding some of these other transportation options so that we ensure benefits can be spread equitably.”