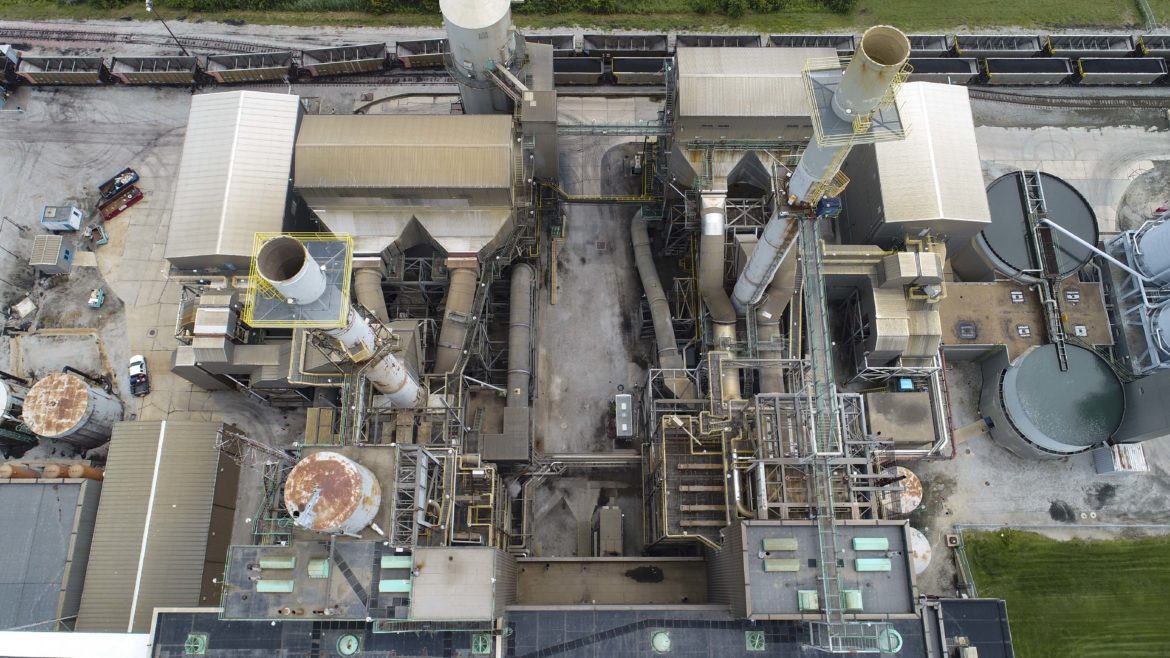 A customer that planned to sell surplus hydrogen to the Nebraska Public Power District finds another buyer instead.

Correction: Monolith Materials expects to start operating a small demo plant next year but the full factory isn’t expected to come online until 2024. An earlier version of this story misstated the timeline.

Nebraska’s largest electric utility and the manufacturer that will soon be its largest private customer have agreed to abandon a potentially innovative plan to partially convert an aging fossil fuel power plant to run on hydrogen.

The Nebraska Public Power District in 2018 said it had contracted with Monolith Materials to buy all of the hydrogen byproduct produced at a new factory under construction near the utility’s 225-megawatt Sheldon Station power plant, about 20 miles south of Lincoln. The power district planned to convert a 120-megawatt boiler to burn hydrogen, something that’s never been done before.

In a joint statement this month, though, NPPD and Monolith said a better suitor had been found to purchase the hydrogen, which will result from manufacturing carbon black from natural gas.

“It was determined that there are alternative uses for the hydrogen that will yield greater economic benefit for the State of Nebraska, the southeast region of the state and for Monolith. NPPD understands and supports the practical business decision made by Monolith,” the statement says.

Monolith would not identify the alternative use nor the other buyer.

The decision leaves major questions about how the companies will meet a commitment to source all of the factory’s electricity from carbon-free sources. A demo plant is scheduled to start operating next year with the full plant online by 2024.

NPPD spokesperson Mark Becker said clean energy resources to power the Monolith plant “have not been determined at this time.”

NPPD President and CEO Tom Kent said he regretted that the company has lost the opportunity to potentially generate carbon-free electricity from a new technology, but he conceded it may have been a stretch at the scale it was proposing at the Sheldon plant.

Kent didn’t rule out fueling part of the plant with hydrogen at some point. The utility may also explore carbon capture and storage, advanced biofuels, and battery storage, he said. But for now, the plan is to stick with fossil fuels.

“Our current plan is to continue to operate the facility in its current configuration,” Kent said. “We are still looking at various opportunities with other types of technology moving forward.”

John Crabtree, who represents the Sierra Club’s Beyond Coal campaign in Nebraska, has in mind a different alternative: closing Sheldon Station.

Several years ago, the Sierra Club urged NPPD to shutter Sheldon Station, which has units built in 1961 and 1968, because the utility has substantially more generation than it needs. In June, for example, Southwest Power Pool figures indicate the the NPPD had 244 MW of excess capacity, as pointed out by John Romankiewicz, a senior analyst with the Sierra Club’s Beyond Coal campaign. That’s about 20 MW more than Sheldon capacity.

The utility wasn’t ready to let go, and proposed the Monolith project as a “last huzzah” for Sheldon, Crabtree said. “Monolith was an effort to repurpose Sheldon Station instead of retiring it.”

The power district said at the time that it never would burn coal in the plant again, according to Crabtree. It apparently did not rule out natural gas, which the turbines also are equipped to burn.

With hydrogen power off the table, Crabtree thinks it’s time for NPPD to evaluate Sheldon’s future, to resume the conversation he said was terminated when Monolith and hydrogen entered the picture. The utility’s board of directors voted in June to hire two consultants to do separate analyses of the possible impact of various federal policies regarding CO2 emissions.

“Resource plans will be developed based on low cost, resilient and reliable criteria for CO2 scenarios that range from no CO2 reductions to NPPD becoming net CO2 neutral by 2050,” Becker said.

Reports are due by the end of the year.

With the hydrogen plan no longer an option, Crabtree said, “that sort of pushes Sheldon up near the top of that page.”