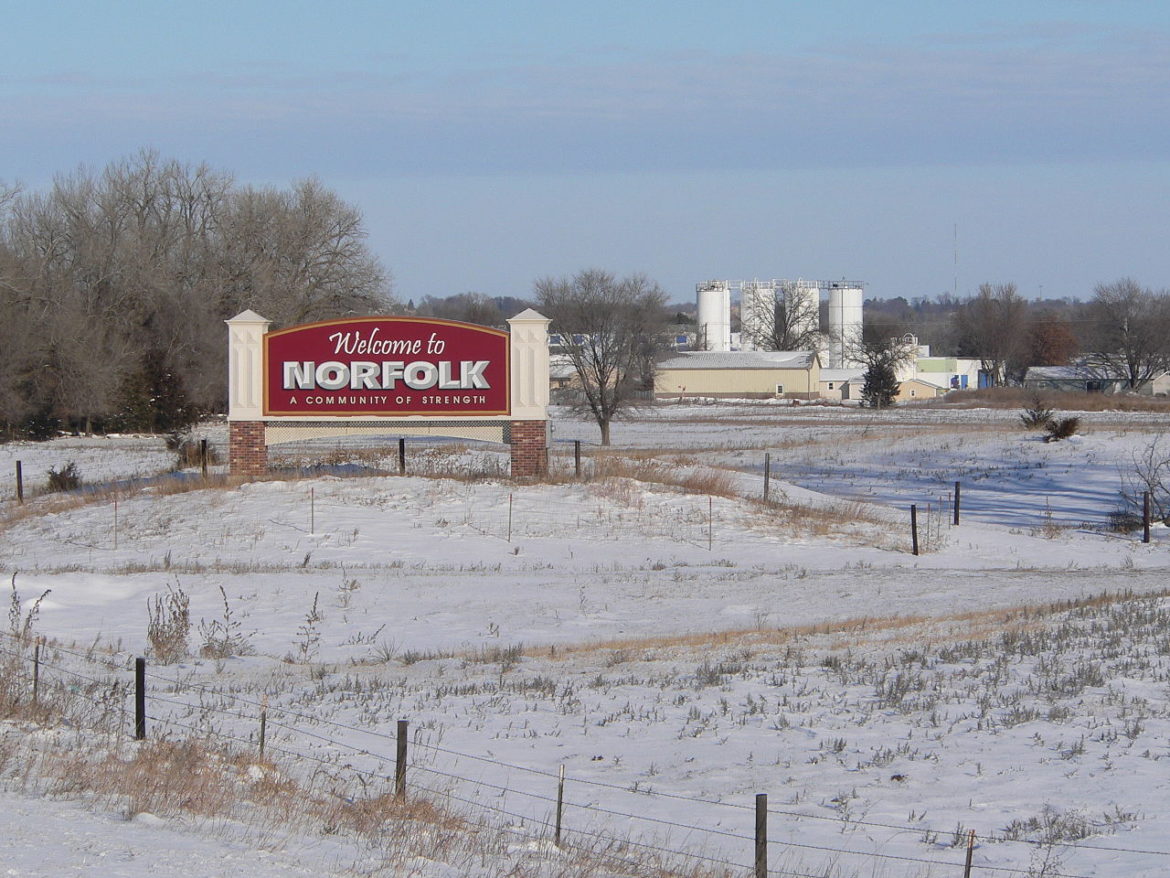 The project means Norfolk, Nebraska, will hit a limit on how much renewable power it can generate under a contract with Nebraska Public Power District.

The city of Norfolk, Nebraska, soon will celebrate its first solar farm — and the last one allowed under a contract with its electricity wholesaler.

The 8.5-megawatt community solar project is being developed in partnership with the Nebraska Public Power District, which supplies power to most of the state outside of Omaha and Lincoln.

The hitch for Norfolk is that the public utility’s contracts prevent municipal customers from generating more than 10% of their peak load from alternative sources, a threshold the city expects to reach with this project.

A spokesperson for the utility, known locally as NPPD, said the ceiling exists to avoid wasting the utility’s existing generation capacity, which already exceeds what it needs. However, the condition is a growing source of frustration for cities seeking to transition to cleaner energy.

“Northeast Nebraska is the renewable energy hotbed of the state,” said Norfolk Mayor Josh Moenning. “I’d much rather use clean energy that’s made in our backyard than haul it in on a coal train from Wyoming, which is the status quo in Nebraska.”

Moenning is happy about the solar project with NPPD, which will also include a 1-megawatt battery, but it doesn’t satisfy his city’s renewable aspirations, and they “absolutely” want more.

According to the mayor, the utility asked Norfolk to commit to renewing its contract, which runs through 2030, as part of the terms for the solar project. The city has not agreed.

“We’ve had productive discussions, and they’ve demonstrated a willingness to be flexible,” Moenning said. “I appreciate that, but there is still some conversation to be had”

Just over a quarter of the utility’s power comes from coal, while nearly half is generated from nuclear, based on a rolling two-year average for 2018-19. It received another 8% from wind and 8% from hydropower.

One problem with allowing cities to generate more renewables on their own is that the utility already has surplus capacity, NPPD spokesperson Mark Becker said.

For its customers, though, it increasingly does make financial sense as the cost of renewables continues to fall.

A few years ago, NPPD lost 3.6% of its load when two other municipalities and one retail electric co-op decided not to renew their long-term contracts with the utility. A desire for more wind and solar was one of multiple factors.

South Sioux City’s City Council decided four years ago not to renew its contract with NPPD. It has gradually reduced its purchases from the utility down to 10% of its load this year, and will stop buying power from the wholesaler altogether on Jan. 1, 2022.

“We’ve been very happy with the decision the [city] council made to get more into renewables,” said Lance Hedquist, the city administrator of the community of about 13,000 also located in northeast Nebraska. The city has added solar and wind energy to its portfolio, and now obtains about half of its power from renewables, he said.

The energy marketplace has been very favorable for buyers, he said, with “a glut of power, a glut of capacity, and prices are going down.”

The city has been able to pass that benefit along to its customers. Since the city began the gradual shift from NPPD toward wind and solar four years ago, Hedquist said it has shaved 5% from customers’ bills.

NPPD has helped communities to move ahead on solar power. It partnered with the cities of Kearney, Scottsbluff and Venango in developing community solar projects, but all have had to comply with the 10% rule.

The utility’s board of directors voted last week to hire N-Solar to develop and own the Norfolk solar-plus-storage project. N-Solar is a partnership of Mesner Development, GenPro Energy Solutions and Sol Systems formed in February 2019.

The Norfolk project will be located on 75 acres of city-owned land at a major entrance into the city.

“It’s one of the first things you’ll see coming into town from the west,” Moenning said. “There’s some education value. People will be getting an introduction up close to renewable energy and how it works and how it’s cost-competitive in today’s marketplace.”

NPPD will purchase power from N-Solar and sell it to customers who buy shares in the array. Moenning predicted that customers who subscribe to the community array likely will see their bills fall.

“Pricing has been coming in at costs under what we are paying NPPD for our wholesale energy now,” he said. And combined with the economic benefits of locally produced energy to the Norfolk economy, he said, “Why would we not want to participate in an arrangement that would allow us to use that clean power to the fullest extent possible?”

Great example of what people talk about when they say the clean energy tech exists to do deep decarbonization today, but institutional friction is getting in the way