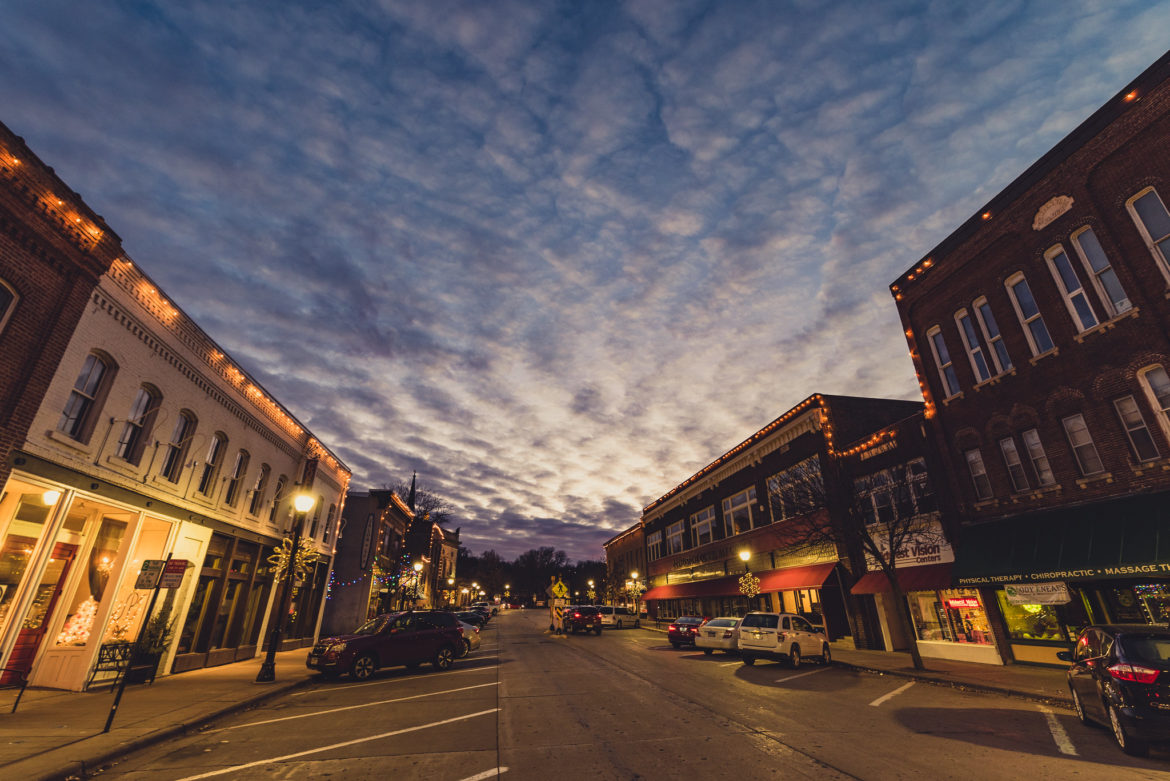 As cities debate ways to meet their long-term goals for emissions reductions, a Minnesota town’s new climate plan calls for fast action and quick results over the next five years.

The City Council in Red Wing unanimously approved a five-year climate action plan in August and its members anticipate boosting current programs and starting new initiatives within the next few months. The short time horizon contrasts with climate plans in other cities rolled out over a 20-year span.

Red Wing, a historic river town of 16,000 just outside the Twin Cities, is the first community to take advantage of a Great Plains Institute program that creates a five-year window for achieving measurable results on climate change. The city paid Great Plains Institute nearly $15,000 to create the climate action plan, with roughly $3,000 of that paid by a grant. The city would have had to pay Great Plains a higher fee for a plan covering more years.

Abby Finis, senior program manager for the Great Plains Institute, has helped create many of the city climate action plans in Minnesota. Red Wing, she said, had passed a comprehensive plan that outlined environmental and clean energy goals over a 20-year time period, but it wanted more of a short-term action plan to begin moving forward.

“When communities come out of the process, they ask, ‘Well, where do we start?’” Finis said. “I came up with the idea of the shorter-term plans that were quicker to put together and focused very much on the initiatives that the community decided they wanted to pursue over a short-term period.”

The climate action plan looks at five strategies to reduce emissions in buildings, transportation and waste. Strategies have two initiatives with targets that can be met within the time frame, she said. City operations are separately addressed.

Finis hopes more communities embrace the five-year plan but worries that the results can seem a bit unimpressive. If Red Wing follows its climate action plan, greenhouse emissions will fall by 9% during that period, but combined with improved code enforcement on new buildings and a cleaner electricity supply from Xcel Energy, that reduction looks more like 21%. In that context, the plan’s contribution “is pretty significant,” she said.

Evan Brown, council member and former chair of the city’s sustainability commission, said a briefer plan makes council members more accountable for progress. “It really sets out in a limited time period, which is enough for a single council not to be able to kick the can down the road,” he said.

Among Red Wing’s first steps will be an attempt to adopt a building benchmarking policy for large commercial building owners to document energy use, a move the City Council will likely take up next summer, he said.

The plan calls to build on the success of existing programs but has no dedicated budget. The city and Xcel Energy’s Partners in Energy will continue the city’s successful Green Wing Energy Action Plan to increase participation among commercial building owners and homeowners, especially in low-income neighborhoods with high energy burdens. “That’s a natural extension of what we’re already doing,” Brown said.

Challenges and hiccups will be part of a transition to a less carbon-intensive energy system, he said. The plan encourages a fund for fuel switching, which moves houses from natural gas or propane to electricity. That task can be difficult in a city with many homes a century old and will require the financial assistance of programs that don’t yet exist.

“We can’t ask people who already have energy burdens to incur the cost of an electrical upgrade, which can cost thousands of dollars,” Brown said.

Minnesota cities with climate action plans have progressive reputations and long-standing environmental programs. Red Wing is no different. Several solar projects are located on city buildings and the city and school district subscribe to one of the nation’s largest community solar projects. As of last December, solar provided 93% of the city’s municipal electricity consumption.

The city created a sustainability committee in 2008 and in 2011 joined Minnesota’s Green Step Cities program, a private-public partnership that encourages and recognizes communities for progressive environmental practices. Plus, Red Wing has changed over lighting to LEDs on street lights and city-owned ramps, improved heating and air conditioning technology, and installed a public electric vehicle charging station.

“The momentum has been building for a while, so it wasn’t so hard” to pass the new climate plan, said Melissa Baartman, Red Wing’s community and economic development coordinator. Finis agreed that the city and council have embraced clean energy. “At the City Council meeting, there were almost no questions on this” plan, she said. “It passed unanimously. And so it was one of the most anti-climactic climate action plan adoptions. I loved that.”

Correction: This article has been updated to correct the timeline for Xcel Energy’s carbon reduction plan.