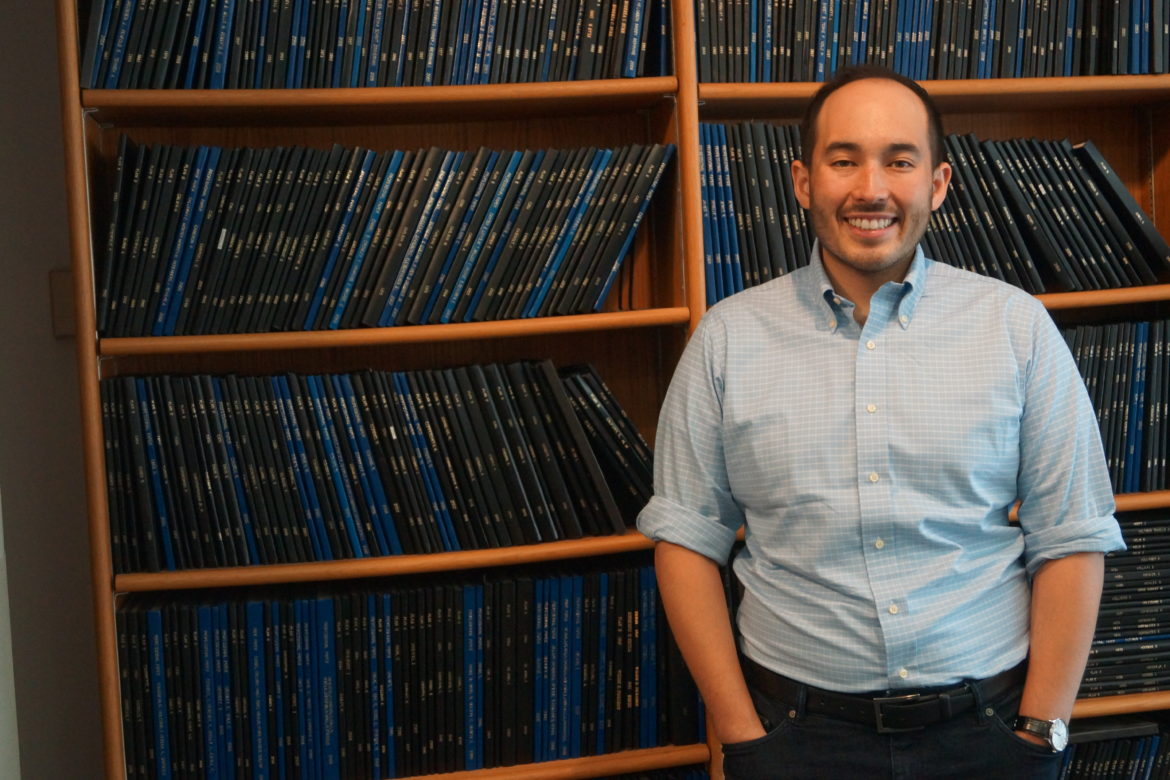 Photo by: Courtesy - Gabe Chan, a University of Minnesota assistant professor and chair of the Humphrey School of Public Affairs' Science, Technology, and Environmental Policy program, has become a well-known scholar in clean energy circles.

With support from a federal grant, Gabriel Chan aims to clarify the costs and benefits of distributed solar for electric co-ops.

While the grid benefits of distributed solar generation are well known for large utilities, less is known about the impacts for rural cooperatives, which tend to serve smaller populations spread out across a large area.

Gabriel Chan, a University of Minnesota researcher, is working with several electric co-ops to make that picture more clear. Chan believes the findings could lead to more solar generation — and more fairness — within co-op systems.

The structure of co-ops — generally as specialists in either distribution or generation and transmission — creates complexities and opportunities simultaneously.

While utilities often claim that incentives for distributed generation can be unfair for non-participating customers, Chan contends that the potential for inequities is greatly multiplied within systems of co-ops. That’s because costs and benefits impact not only individual customers, but also the co-ops in their business dealings with one another.

But there’s a potentially big upside in that web of relationships, according to Dave Shaffer, executive director of Minnesota’s Solar Energy Industries Association.

“There is so much opportunity here to work together and build capacity and relationships between these co-ops,” he said. “There’s a bigger conversation going on about how consumers can be put back in front of electricity planning, like Energy Democracy New York . This project fits in with that because co-ops already are democratically controlled.”

Although allegations of cross-subsidization have been addressed by value-of-solar studies in Minnesota and numerous states across the country, Chan said the impact of solar on co-op systems remains murky. Given that co-ops provide about a quarter of the nation’s power, he said his study could prove helpful across the country.

The U.S. Department of Energy, which is supporting Chan’s research with a  $125,000 grant, made a point of targeting rural areas with four of the eight grants it announced in late March. The department said in a press release that it expects researchers to “investigate how to cost-effectively site, install and finance solar and energy storage systems, as well as how to optimize and quantify the value of the resilience these systems provide.”

The web of relationships can mean that the installation of distributed solar generation on one co-op’s system may result in unintentional costs — or benefits — for not just another customer, but another co-op utility, Shaffer said. Solar could reduce the demand fees that distribution co-ops pay to their wholesalers, he said, but that would reduce revenues for the wholesaler.

It can also work on the benefit side. The installation of a solar array on the system of one distribution co-op could reduce the peak demand  — a benefit — for the wholesaler and, in turn, possibly for the wholesale co-op’s other customers.

And wholesalers, which often limit their amount of energy that member co-ops produce on their own, can partner with distribution co-ops in building an array, Shaffer suggested. For example, Great River Energy, a wholesale co-op in Minnesota, installed a 2.24 MW solar array in partnership several years ago with member Wright Hennepin Cooperative Electric Association, and a 1 MW array together with Dakota Electric Association.

Chan hopes that his research, which he aims to complete by the summer of 2021, will clarify the costs and benefits for various parts of the co-op network, and in so doing will identify ways to maximize fairness. He intends to design a couple of pilot projects next year.

“This complex institutional structure creates unique opportunities for models for solar development that haven’t existed yet,” he said. “We are looking for ways to deploy solar that recognizes the unique structure of co-ops. We want to think about shared ownership, community solar, ownership across different levels of co-ops … and what commercial and industrial customers might want,” he said.

“That’s a place where co-ops have really taken the lead,” Chan said, adding that the water-heater-as-battery project was an “inspiration” for his current undertaking.

“They made the case to members that, ‘If we do this together, we can have benefits for everyone.’ That’s the kind of thinking — creating a common benefit for member-owners through innovation — that we want to bring to solar.”

Question: What is the unique structure of co-ops? more clarification or a website Link ??

Dr. Khashab-- here's a good explainer of rural electric co-ops, if that's what you're looking for:

Rural electric cooperatives (RECs) are consumer-owned utilities that were established to provide reliable and affordable electricity by purchasing electric power at wholesale and delivering it directly to the consumer. These distribution cooperatives are primarily located in rural areas where the return on expensive infrastructure investment was not high enough to attract the investor-owned utilities (IOUs). Although electric cooperatives are not the dominant providers of electricity nationwide, they are the primary providers in most of the country’s rural areas.

To assure an adequate supply of the cost-effective, reliable power that is vital to their survival, distribution cooperatives formed generation and transmission (G&T) cooperatives to pool their purchasing power for wholesale electricity. The G&T cooperatives provide wholesale power to their member-owners either by purchasing and delivering power from public- or investor-owned power plants, or by generating electricity themselves.

Currently 834 electric distribution and 63 generation and transmission (G&T) cooperatives serve an estimated 42 million people in 47 states, including over 19 million homes, businesses, schools, churches, farms, and irrigation systems. Co-ops own assets worth $175 billion (distribution and G&T co-ops combined) and employ 71,000 people in the U.S. In total, electric coops maintain 42% of the electric distribution lines and deliver 11% of the total kilowatt hours sold annually in the U.S. (National Rural Electric Association).

In addition to providing electricity, many electric cooperatives are also involved in economic and community development issues.

Hi Matt, thanks a lot for such valuable information.