Minnesota regulators consider who should have access to smart meter data 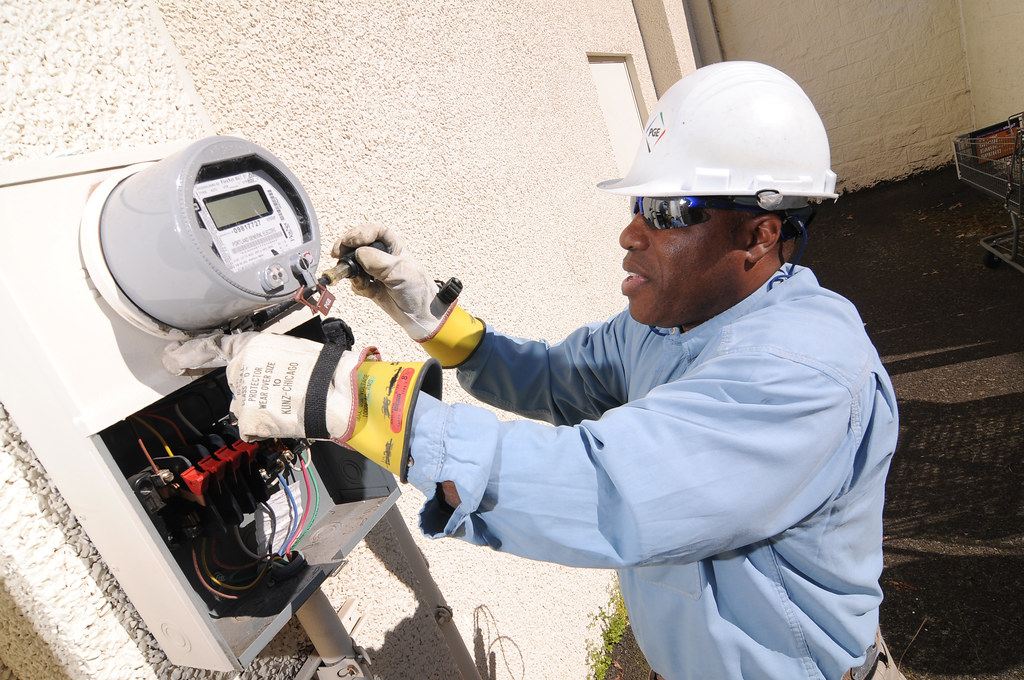 A proposal from the state’s Citizens Utility Board wants to make anonymous data open to third-party researchers.

As utilities begin to collect more data from smart meters, regulators are facing questions about who should have access to the potential treasure trove.

Smart meters wirelessly transmit data about customers’ energy use in 5- to 15-minute increments instead of monthly readings collected by meter readers. All that information opens the possibility for utilities to better manage the grid, but other stakeholders see potential value in the information, as well.

Consumer advocacy groups, for example, might use it to study differences in how various customer types use and pay for power, which might help inform new rate design proposals. Solar or energy efficiency programs could use the data to help identify neighborhoods with the greatest potential for savings.

Minnesota is in the early stages of its transition to smart meters. Not even half of the state’s homes have one, according to a 2019 chart from the Edison Foundation Institute for Electric Innovation. It’s a bit of a mixed bag among Minnesota’s biggest utilities regarding the installation of smart meters, dubbed by the industry as “advanced meter infrastructure.”

Xcel Energy, the state’s largest investor-owned utility, has installed more than 16,000 meters in Minneapolis and the suburb of Eden Prairie as part of a pilot project. The utility plans a broader rollout next year. The generation and transmission cooperative Great River Energy reports 90% have completed smart meter installations and it expects the rest will be completed by 2025. Around 60% of Minnesota Power’s customers have them.

Illinois utilities introduced smart meters years ago. State regulators there passed a data access standard in 2017 after advocacy by the Citizens Utility Board of Illinois and others. Other states in the region that have passed some form of data regulation include Missouri and Wisconsin.

“Part of the reason it makes sense for the [Public Utilities Commission] to begin setting standards around data access now is that Minnesota utilities — primarily electric — are now or will soon be installing smart meters for most residential customers,” said Annie Levenson-Falk, executive director of Minnesota’s Citizens Utility Board.

The Minnesota Public Utilities Commission decision came after the Citizens Utility Board proposed an open access standard along the lines of its Illinois counterpart. It would have allowed the sharing of anonymous energy usage data with governments, nonprofits, utilities, and commercial firms for research purposes such as targeting energy programs to certain buildings and neighborhoods.

Clean energy organizations support a data standard and think the sharing of anonymized data will become a key measure in improving efficiency and reducing environmental impacts of power consumption. Opponents, though, have privacy concerns along with fears that hackers could access the data.

Interest in the open data access standard has been so intense that the commission’s briefing paper alone ran more than 155 pages, drawing comments from 19 organizations ranging from utilities and clean energy groups to the state attorney general and Commerce Department. The commission meeting last month on the topic lasted several hours.

Levenson-Falk expressed optimism in the commission’s decision. “They took steps to move [the standard] forward, which is really important,” she said. “Even though they only approved one piece of the standards they set in motion a process.”

The commission recognized the benefits of the research and program design that could result from having the data, she said. They realized that as utilities collect more data, the question becomes how it can be shared with protections “to allow it to happen,” Levenson-Falk said.

The same kind of data is collected and shared anonymously by healthcare organizations under the Health Insurance Portability and Accountability Act (HIPAA) and by schools, she added. “That seemed to speak to the commissioners about that it may not be easy to figure out frameworks [for sharing data], but it’s certainly possible and it can be done, and has been done for years,” she said. “These considerations are happening in other places, too, not just in Minnesota.”

The commission approved by a 3-2 vote allowing utilities to capture and share “aggregated” individual building data with two restrictions. The data shared must be related to energy benchmarking programs and it only applies to buildings that have four or more tenants, with no one tenant consuming no more than 50% of its power. It has been called the “4 by 50” standard and many utilities already use it when sharing energy information.

Residential and commercial building owners who participate in building benchmarking programs today in Minnesota already have access to the same data from their utilities as regulators approved. The commission’s ruling codifies the data standard and removes the ability of utilities to change it without drawing regulatory scrutiny.

Audrey Partridge, regulatory policy manager for the Center for Energy and Environment, called the commission’s decision an “important but measured step forward” and suggested it could help more communities create building benchmarking policies and programs. A uniform aggregation standard should reduce confusion for building owners and give greater certainty to cities with benchmarking programs, Partridge said.

Minnesota Power was among the utilities to support the Citizens Utility Board’s idea of continuing to explore a data standard while maintaining customer privacy. The company has been working with CUB on opportunities for data analysis for residential time-of-use rates, which would charge customers based on when they use electricity.

An open data standard would allow organizations to deeply study how consumers use electricity and design rates that would reflect their impact on the electric grid, Levenson-Falk said. A more robust standard could help “reduce costs and reduce environmental impacts that you can’t get without that kind of access to detailed data,” she said.

She cited examples from Illinois, where the state’s Citizens Utility Board and the Environmental Defense Fund studied data from 344,000 customers in Chicago and found 97% would pay less if utilities used real-time pricing. CUB Illinois also developed six usage profiles based on location, age, income and other factors after studying 2.5 million customer records of Commonwealth Edison and Ameren.

The research revealed low-income customers subsidize wealthier ones because they pay more for electricity than it costs to provide to them. The finding could result in a separate low-income class rate that would charge poor customers less based on their energy use, Levenson-Falk said.

Benjamin Stafford, director of policy and public affairs for Clean Energy Economy Minnesota, said data represents the next wave of innovation. “We think that at various levels of aggregation is going to be super important for solving big problems going forward,” he said. “It presents opportunities for innovation based on user behavior that creates products and services that fit consumer needs and the grid.”

Most of the concerns raised by open access opponents involved the risk of hackers gaining access to data and the burden it might place on utilities. Many utilities and government agencies cited an existing commission data privacy docket that included years of research and testimony. The commission concluded no data should be shared without a customer’s consent and without anonymity being protected.

But the commission’s first ruling forbade access to customer energy use data that the Citizens Utility Board believes would have a positive impact for public purposes such as beneficial electrification, for planning energy efficiency investments and for verifying energy savings. CUB said many customers nationally have opted to share their data with third parties, giving utilities and regulators experience with the issue.

The Office of the Attorney General said regulators “should reject CUB’s invitation to wholly transform the current, thoughtfully-constructed CEUD [customer energy use data] privacy framework.” The Department of Commerce came to the same conclusion. Many parties offered detailed analyses of CUB’s suggested approaches to data privacy.

The commission will first issue its order sometime in the next several months that will outline whole building data sharing for benchmarking. The Citizens Utility Board plans to continue pushing for a more robust data standard by refining the proposed standards and by seeking technical assistance from the Regulatory Assistance Project or the U.S. Department of Energy.

Levenson-Falk said she doesn’t believe the issues involving data will go away. The data exists and can be used to improve energy conservation programs, energy equity and transitioning the economy to cleaner energy. “In Minnesota, we’re making really large investments right now in grid technologies that will collect this kind of data,” she said. “Being able to kind of unleash that data in the public interest is a key part of making sure that customers are getting their money worth and we’re using the energy effectively.”