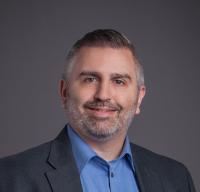 In Minnesota, electrifying city fleets isn’t as improbable as some officials think Coon Rapids police jokingly phased out their gas-powered cars this April Fools’ Day. But the Minneapolis suburb is among a group discussing how to electrify city fleets for real.

For a suburban Minnesota police department, the idea of an electric police car is so far-fetched it was the punchline of an April Fools’ Day prank on social media.

In a tweet, a Coon Rapids police officer proudly showed off his department’s new Tesla before confessing it was all a prank. 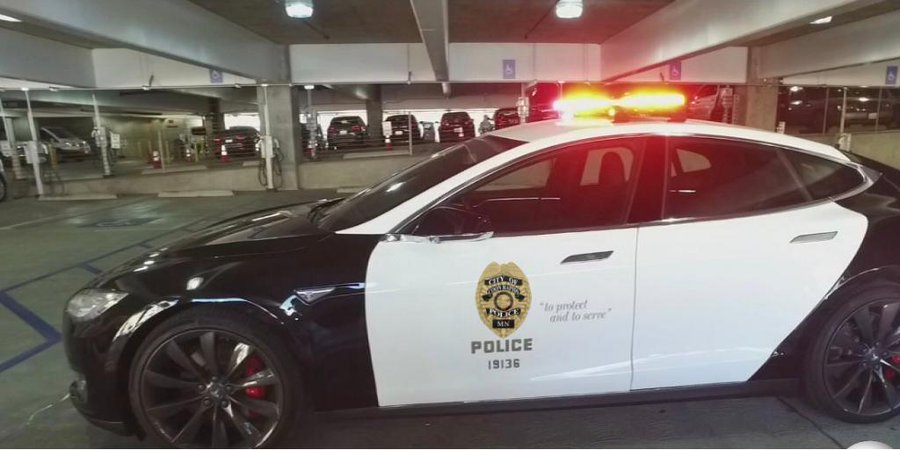 Check out the prototype of our new squad! We will be the FIRST in MN to phase in fully electric squads. We are starting with the model 3, but considering the X in the future. What do you think? #Tesla #goneEV #M3Tesla #GoGreen

16 people are talking about this

While electric police cars are being tested in cities around the country (the image in the tweet was a Model S being used by the Los Angeles Police Department), the Coon Rapids Police Department will continue using gasoline-powered cars for now. 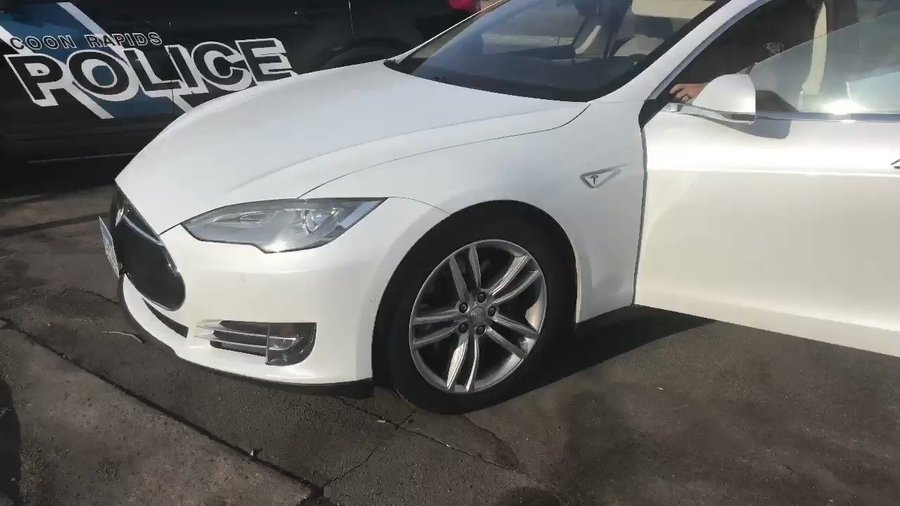 The city may buy an electric vehicle within the next year, though it’s unlikely to be a Tesla due to its high price. A Tesla “is not even a thought right now, it’s not even a consideration,” said Andy Kintop, Coon Rapids’ recycling and sustainability specialist.

Barriers to faster electric vehicle adoption include a conservative city council, the higher initial cost compared to conventional gas-powered models, and the lack of an infrastructure required to charge them, Kintop said. But he’s still an optimist who believes the city’s fleet will turn electric “faster than people think.”

Kintop has been among the more than two dozen city officials who for the past year have shared information on how to transition their fleets to electric vehicles and build a charging infrastructure in their communities.

Cities Charging Ahead, a project of the Great Plains Institute and Clean Energy Resource Teams, wraps up this summer after holding several meetings around the state.

Most of the participants in the program have had their vehicle fleets analyzed and in a few cases they have purchased a sedan or two, said Diana McKeown of Clean Energy Resource Teams, or CERTs. They have studied locations where installing chargers makes the most sense.

However, progress remains slow in many communities. “It’s so new there’s only a handful of cities doing this stuff and the examples are small and few,” she said.

City officials involved in the program generally embrace the idea of electric vehicle fleets, she said, but they understand changing over a fleet takes political will, investment and collaboration with private entities.

Transitioning city fleets to electric vehicles begins with an assessment, which provides data on the total cost of vehicle ownership, identifies new fleet compositions and provides a multi-year program for replacing gas with electric vehicles. Utilities have been more than willing to pay for the assessments, which cost more than $10,000. Xcel Energy, a partner in the project, agreed to pay for several fleet studies that have been done by FleetCarma. Connexus Energy did the same for Coon Rapids.

“Based on the information we have, we’ve made some plans on how we want to move ahead with electric vehicles,” he said.

A handful of cities and their municipally owned utilities have started small and purchased or leased electric vehicles. Tom Sagstetter, conservation and key accounts manager for Elk River Municipal Utilities, said the city chose to lease a plug-in Mitsubishi Outlander because city officials were concerned that technology advances would improve electric vehicles well beyond what is available today. A shorter-term lease guards against that problem, he said.

The utility, in contrast, purchased a Chevy Bolt that has been driven by Sagstetter, who generally travels short distances for much of his work. His former vehicle, a Ford Explorer, has now been assigned to a meter reader.

A persistent barrier to city and community adoption remains the lack of charging stations. But many city employees have jobs where the range of typical electric vehicles will never be reached.

Michael Keim, Bloomington’s fleet manager, said the city plans to buy two electric vehicles for employees who conduct inspections. “Those vehicles will have plenty of range for the footprint we have here,” he said.

Fears expressed by Bloomington’s staff about electric vehicles and hybrids have been eased through information sharing by Keim. Employees told him the interiors of the city-owned hybrids they drove took a long time to warm up in Minnesota’s frigid winters.

Having purchased his own electric last year, Keim found the opposite — it warms faster than gasoline or hybrid vehicles.

A major obstacle to having an electric fleet has been cost, even though studies show the vehicles are less pricey to operate over time due to less maintenance and lower fuel costs. The state of Minnesota has a purchasing contract for electric vehicles that Keim used to get good prices on Bloomington’s two vehicles.

The state contract, however, does not always lower the cost enough. Coon Rapids had a budget of $26,000 for an all-wheel-drive SUV for its engineering department. The state contract for a comparable electric hybrid vehicle, the Mitsubishi Outlander, came in at around $30,000.

“You had to figure out how to get that five grand down to fit it into the top of the budget,” Kintop said. The city bought Chevy Traverse instead.

Cities Charging Ahead participants also shared information on charging stations in their communities. A handful have chargers they own on city property or least have one or two operated by private entities.

Funding remains difficult but city officials have begun applying for money from the VW settlement, a strategy Faribault has taken in conjunction with a local business located near an interstate highway, Wanberg.

Red Wing used a CERTs grant and funding from the city’s sustainability commission to place a DC fast charger on Highway 61. Several local businesses are paying for the electricity and have window stickers on the charging station advertising their stores.

Other funding sources are emerging. Xcel Energy committed $25 million to building out a charging infrastructure. Municipal and cooperative electric utilities are also working with businesses on financing and installing chargers.

Matt commented on ...
The voltage optimization algorithm associated with the Smart Transformer

Of course, all this could be done in a deterministic way without the need of any agent, but this would require, the constant supervision of an...

Matt, I had already read your answer, as it was in one of sentences in your Article.  So am trying to ask again, please, Who owns the Grid in Texas?