Where the Grid Will Never Go: The Rise of Remote Microgrids in Developing Countries

In our previous posts, we have discussed topics related to the utility grid that exists in the developed world. In this post, we’ll examine the issue of energy poverty that affects the hundreds of millions of people who are not connected to the grid at all, and some promising options that are already lifting some out of that energy poverty.

A colleague of ours relates a story from years ago when he was walking down the main street in the capital city of a developing Caribbean country well after dark. He saw a young man, sitting cross-legged on a wall below one of the very few functioning streetlights, intently focused on reading a book spread out at his feet. When queried as to why he had chosen that spot to read, he replied that he was a student and it was the only light source he had available, as his house had no electricity. That’s energy poverty. But at least he had access to some source of electric illumination – something that is not the case for over 800 million people across the globe.

When an affordable and reliable supply of electricity enters our lives, just about everything changes. Farmers can increase yields by using electric pumps to irrigate fields. Families can dispense with kerosene lamps – a leading source of fires and infant burns, and indoor cooking fires - together with those lamps, a major contributor to four million premature deaths each year. Children have access to better lighting so that literacy rates increase. Communities can access critical medicines that require refrigeration, resulting in fewer needless deaths. The list of benefits from electrification is nearly endless, and it’s for that reason that the United Nations tracks progress against its Sustainable Development Goal 7.1.1: The Proportion of the Population with Access to Electricity.

A critical challenge in meeting that goal has to do with the realities of geography. The UN estimates that of the global population lacking electricity services, 84% live in rural settings. The unfortunate economic reality is that connecting many of these dispersed populations to the central power grid is quite likely never going to happen. It’s simply too expensive to string the necessary wires, poles, and occasional substations across vast and thinly inhabited landscapes.

Remote microgrids – a better way to bring power to the people

Instead of connecting the massive grid to these small islands of individuals, it makes more sense to create smaller microgrids that can connect limited and focused supply resources to the devices they need. Microgrids are increasingly emerging as a vital tool for addressing energy poverty in developing countries since they can be targeted to meet the most important needs. As a consequence, many foundations and international development agencies are promoting microgrids across the planet.

And there was light… 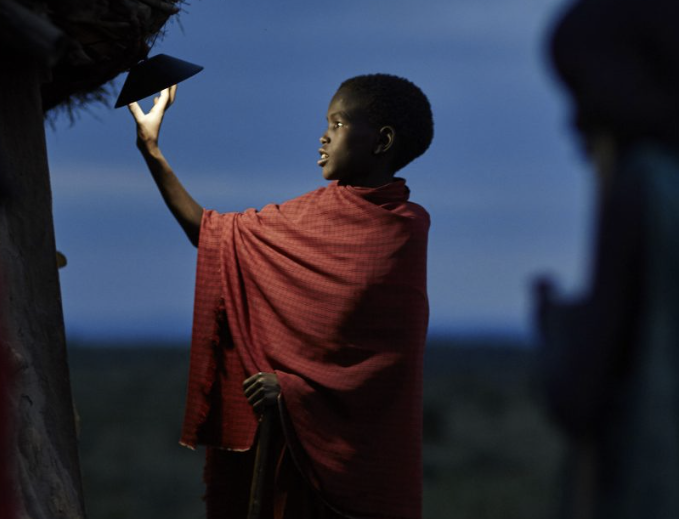 Many of these microgrids are quite simple, involving little more than a number of solar panels, a battery, and high-efficiency lights that may serve a single facility, such as a school, or even a health clinic housed in a shipping container. At the same time, others are far more ambitious, serving whole communities with a variety of end uses. Many of these larger systems often combine a diesel generator operating in tandem with renewables.

Thinking through the planning and operation

As the success stories start to grow – such as the tale of the 32 solar microgrids in that West African country of Sierra Leone that will supply power to 80,000 inhabitants – so too will the momentum.

The growth rates of microgrids in developing countries are expected to be quite significant in the coming decade. A recent World Bank reported that “mini-grids have the potential to provide electricity to as many as 500 million people by 2023, with the right policies and about $220 billion of investment…” 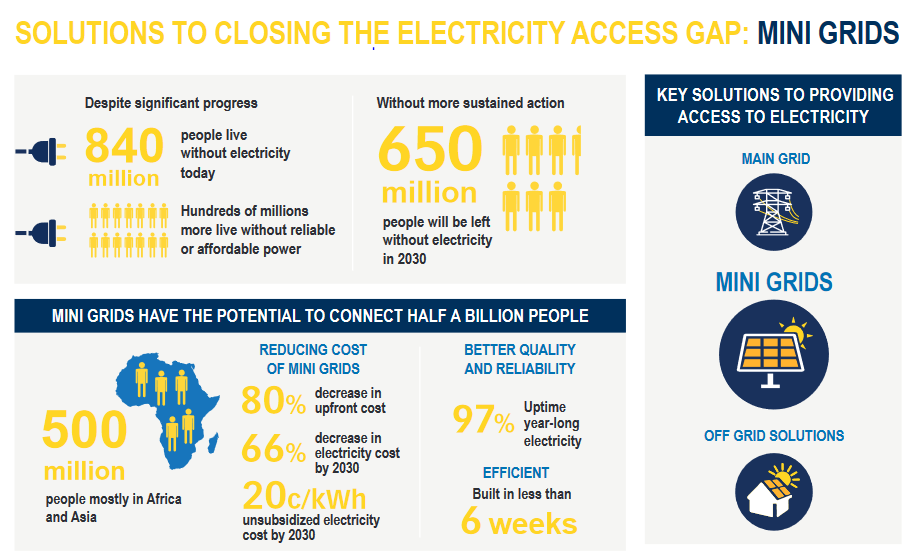 The most critical of these is to realistically address three critical questions:

2.    How will the microgrid services be paid for?

3.    Who will be responsible for ongoing performance and maintenance?

The first issue of who gets served is a potentially thorny one. If it’s based solely on the ability to pay, then issues of equity arise. And yet, if some of those served do not have the ability to pay, then issues of cross-subsidy arise. Thus, sizing the microgrid and identifying the specific end uses and customers to be served can become extremely complex and highly political, defying easy answers.

The second question is related to the first, but with additional complexities (and that’s assuming accurate metering capability is in place. Accounting is not easy, especially when one is trying to arrive at a fair rate that addresses issues related to labor, fuel (if the system is not solely based on renewables and storage), and depreciation of the associated assets. If one charges too little, the sustainability of the system is put in jeopardy. Too much, and few inhabitants will be able to benefit from the coveted flow of electrons.

The issue of maintenance is related to the second question but involves more than the mere allocation of sufficient financial resources. In addition to money, one needs a plan and the required mechanical talent. A cautionary story in the MIT Technology Review highlights the case of a Malaysian microgrid that ceased to function because no plans were put in place to keep it maintained and operating after it was initially established.

Would these microgrids be the end goal, or a stop gap to drive electrification and economic activity until the grid could be built out there? If the former, then it would be quite reminiscent of some developing nations skipping landline phones and going straight to cell phones, but I wonder would they be sacrificing some level of longterm baseload reliability to do so?

In many cases, it will likely never be cost-effective to bring the grid to many of these remote locations. In a large number of developing countries, the existing grid is having a difficult enough time simply serving its current customer base.  In addition, once many of these microgrids are built out, the economic imperative for centralized expansion becomes weaker.  So, yes, there will likely be some kind of leapfrog analog to the cell phone however, since many of the existing grids are so fragile, there is no long-term caseload reliability that is sacrificed.