Maine has a plan to fight climate change; now comes the hard part 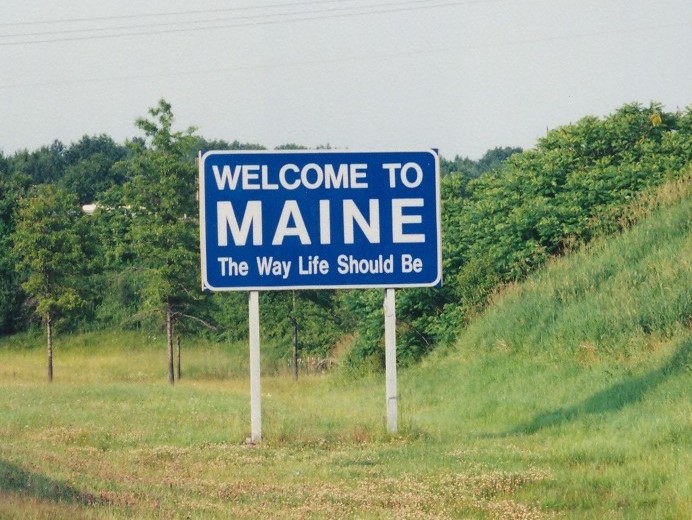 A state climate council has completed a roadmap for reducing greenhouse gases, but the real challenge will be implementing it, advocates say.

The Maine Climate Council is set to release the final version of a four-year climate plan Tuesday, marking an important step for the state as it tries to meet an ambitious renewable portfolio standard.

Gov. Janet Mills signed the renewable standard into law last year, calling for 80% of the state’s electricity to come from renewable resources by 2030 and 100% by 2050.

Now that the plan is all but finalized, advocates say the hard work begins — particularly figuring out how to pay for the strategies it outlines.

The council approved the plan, which includes more than 50 proposed policies and goals, at a Nov. 12 meeting with stakeholders. Council members wrote it based on recommendations by six working groups that met beginning last year and focused on issues like energy, transportation, building efficiency and natural resources. Now that the body of the plan is set, the council — which includes lawmakers and executive branch members, as well as nonprofit representatives and municipal leaders from across the state — will make minor language changes and package the report.

“The plan itself is set in stone, but really we’re getting to the difficult part now, and that plan is going to have to be implemented,” said Jeff Marks, the Maine director at Acadia Center and a working group member. “In a way, putting together the plan was the easy part,” he said.

This will be the state’s first roadmap to guide it toward greenhouse gas reductions, he said, and its approval by stakeholders from business to government to environmental groups is “impressive.”

Marks, a member of the buildings working group, was pleased it includes a long-term building code goal: The plan says that by 2024, the state should develop a long-term plan to phase in building codes that will reach net-zero carbon emissions for new construction by 2035.

Beyond that, it includes a goal of installing at least 145,000 heat pumps in Maine by 2030 and setting appliance efficiency standards.

But he doesn’t think the plan goes far enough on transportation goals — namely, it doesn’t commit the state to joining the Transportation and Climate Initiative.

The regional proposal would create a carbon capping system for the transportation sector, which accounts for the bulk of many states’ (including Maine’s) greenhouse gas emissions. It’s similar to the Northeast’s Regional Greenhouse Gas Initiative in the power sector but has yet to gain commitment from several state leaders, including Gov. Mills. A final Transportation and Climate Initiative proposal for states to sign on to is expected before the end of the year.

“TCI is not by any means off the table,” Marks said. While the Maine plan didn’t commit to it, it did mention it as a possibility to reduce emissions, and that indicates it’s still being seriously considered, he said.

The transportation initiative would also bring Maine revenue, something that will be needed to implement the many incentives and technology ramp-ups outlined in the plan. For example, the plan calls for Maine to have 41,000 electric vehicles on the road by 2025. As of 2018, 1,300 residents owned electric cars, according to the Natural Resources Council of Maine. The substantial ramp-up will not only require incentives for the cars themselves, but a significant investment in charging infrastructure, too.

Currently, the plan offers several general funding options. Some of these include bonds, tourism revenue, and federal grants and match programs — sources that could increase under President-elect Joe Biden’s administration. The plan also mentions a possible green bank and the creation of a Maine Power Authority in charge of energy planning and financing.

“It’s one of those all hands on deck” situations, said David Costello, climate and clean energy director at the Natural Resources Council of Maine. The state will need to work with its federal congressional delegation, local governments and the business community to move the plan forward.

He agreed the Transportation and Climate Initiative would help fund programs like electric vehicle deployment, and he expects Maine will sign on eventually. But he said there are other programs too that will generate funding. He emphasized the federal government will be key. Without that support, he said, “it’s going to be hard for us to achieve all that we need to achieve.” And some actions will simply be a matter of regulatory changes and legislation that won’t require funding.

Above all, he’s looking for more detail. “It’s a good start, but of course it’s just a start, and the implementation part is the toughest,” he said. The weeks and months ahead, beginning with the release of the final document on Dec. 1, will be important for the governor’s office to share details on executive actions.

“There isn’t a lot said [in the plan] about public transportation or active transportation” — things like biking and walking, Costello said. “I think we will likely see more of that as the plan rolls out,” he said.

“One thing I would hope gets built into the plan is an accountability mechanism,” he said. That would allow officials to keep track of progress on the actions themselves as well as their outcomes, like greenhouse gas reductions and the number of jobs created. “What gets measured is more apt to get done,” Costello said.

And finally, the council should become more independent of the government, he said. As it is, it’s largely dominated by state agency representation. That’s important, Costello said, “but at the same time, you would like it to be independent and resourced so if the administration changes … it would be protected” and still able to assess the state’s progress.

“Generally, I think [the plan] was probably in the best place you can be with only one year” of preparation, said Kenneth Colburn, who co-chaired the energy working group. “I think that bodes well for the future. Of course the converse is we’re starting 30 years late and we’re up against this.”

He said the plan’s power sector transformation strategy is important. It says a “comprehensive stakeholder process” should be established by 2022 “to examine the transformation of Maine’s electric sector and facilitate other recommendations of the Maine Climate Council.” Colburn acknowledged the strategy isn’t totally clear yet, but he said it’s an important start.

“Historically we’ve managed supply to meet whatever demand is, and as a result we have built the system that meets the top hour of the year, and we call that reliability,” Colburn said. “Well, in your day to day life, do you buy another house or build another house to meet the top hour that you might have company? No, of course not. … You take steps to avoid that outcome because of the ridiculous price of that outcome. We have not done that in the power sector.”

“The investigation in the plan about power sector transformation is the point at which that question will be put on the table for Maine,” Colburn said. He added it’s especially important considering the amount of electrification that will be required as buildings become more efficient and more electric vehicles are deployed.

“Nothing like this is cheap, but I think that there’s two really good reasons that we should not hesitate to think and do big on this front,” Colburn said.

“The first is that we’re essentially out of time on climate change … I absolutely think we need to be dedicating dear precious resources to climate action to avoid very costly … impacts of climate change.”

The other reason, he said, is that the COVID-19 pandemic has demonstrated substantial funding can be quickly dedicated to a crisis. “COVID is a very serious problem, but climate will kill more than COVID,” he said. “There’s clearly precedent.”