Sriram Sarma Emani is Vice President of Engineering, Procurement And Construction (EPC) for Aypa Power. Sriram is responsible for project delivery and operations of energy storage and renewables...

The failure of the power systems in Texas in February this year which plunged nearly four million people into darkness, capturing headlines around the world.

As we head into winter in the Northern hemisphere, it’s important that we consider the root causes and identify practical solutions to prevent anything like this happening again.

So, what exactly happened?

Extreme cold weather caused a surge in demand due to residents understandably turning up their heating. On top of the increased demand, the cold weather froze natural gas wells, wind turbines and coal piles and blocked pipes. This additional demand, combined with the impact of the extreme weather, caused the grid system to struggle with supply. In fact, at its peak, 30GW of combined generation was taken offline from gas, coal and nuclear sources, with a further 16GW loss in capacity in wind and other renewable energy supplies.

The impact was clearly severe, but sadly it was not an isolated event.

Analysis of the Department of Energy’s data, published in September, found weather-related power outages are up by 67% since 2000.  With climate change altering weather patterns, it’s unlikely to abate. Therefore, we need to make sure we have systems in place to avoid repeats of the chaos seen in Texas.

The energy system in Texas is complex, involving a network of suppliers and energy sources. It generally operates efficiently, generating over 420TWh a year. However, despite connections to SPP, MISO, Southwest and Mexican grids, a lack of excess supply at these neighbouring grids accentuated the issue in Texas. As a result, the Texas grid was isolated at a time of crisis, and unable to draw on power to meet the peaks in demand.

This was a significant issue in February when the peak in demand caused generators supplying the grid to become overloaded and ultimately led to cascading failures from multiple generating stations. With the Texas grid unable to connect to another grid to meet the power demand, a decision had to be made to prevent further cascading failures which could have led into a state-wide blackout. As such, ERCOT chose to implement proactive rolling blackouts to different areas to prevent state-wide impacts.

This should have resulted in short blackouts for some, but equipment damage from the extreme weather meant that the duration of these blackouts lasted far longer than anticipated especially because a lot of generation equipment was not winterized and maintained.

To deal with the immediate impacts, hundreds of generating stations across the state of Texas were dispatching emergency response power. For example, Aggreko’s facility in Austin was able to contribute 60MWh of energy from the hybrid combination of low-emission gas generators and battery storage systems, enough to continuously power a neighbourhood of several hundred homes. Such activities helped with providing emergency and temporary power relief to the communities and likely saved lives. 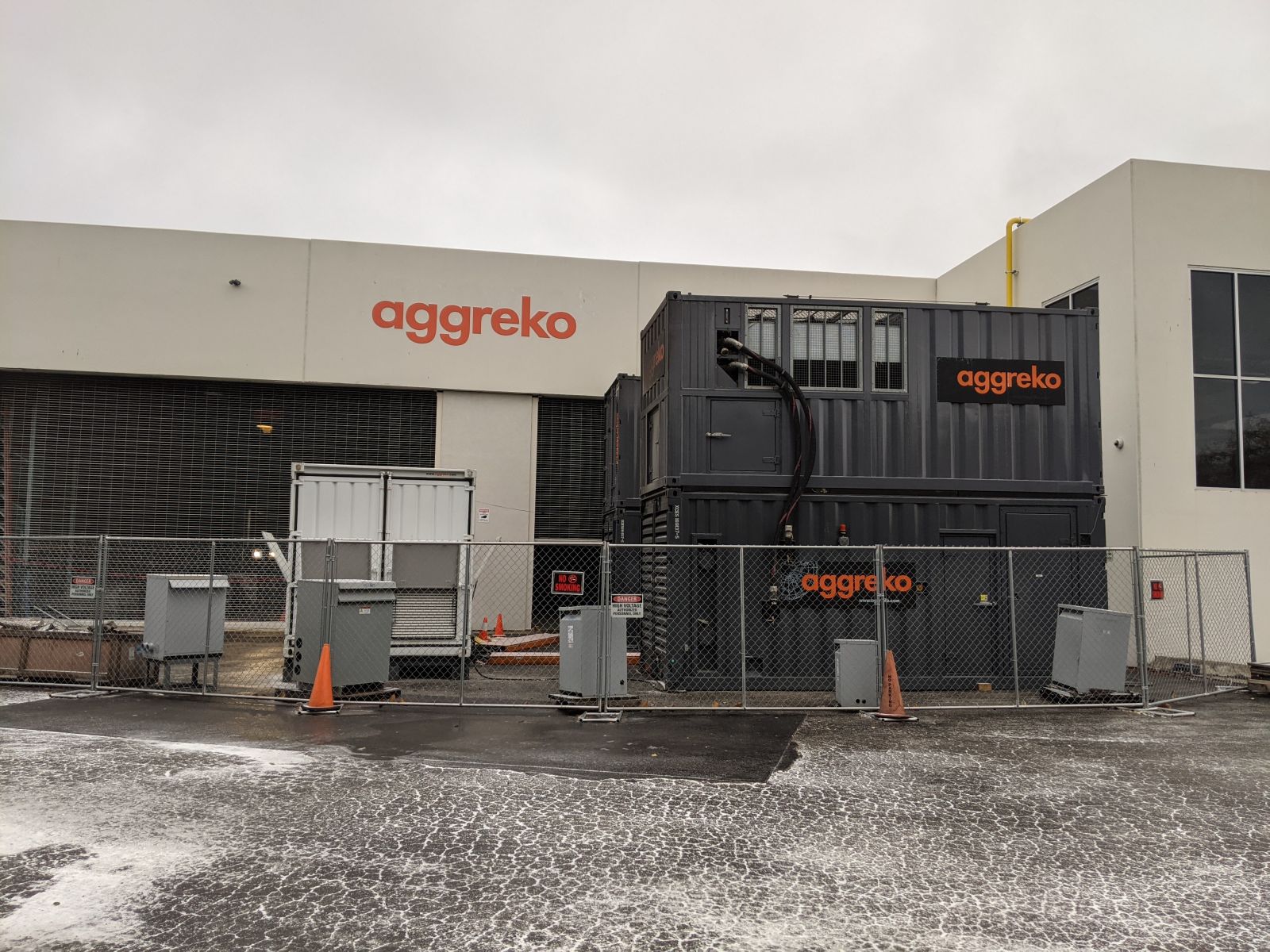 However, providing temporary relief does not address the underlying issues presented by centralised systems. Decentralised power systems can provide a level of security against blackouts, removing the need to initiate rolling blackouts to protect a singular system. This is ultimately due to a reduction in reliance on energy from one centralised location- therefore spreading and reducing risk. As was evident from the lack of grid interconnection capacity between Texas’ grid and neighbouring states during the freeze events, the cascading failures could have been prevented if load centres were supported by collocated generation.

To meet modern needs, grids should evolve into a matrix of decentralised and intelligent microgrids, rather than a reliance on one singular provider and potential point of failure. At Aggreko we think of current systems as holding all your eggs in one basket; even if your basket is secure, something could happen to put a hole in it. Spreading your eggs across many baskets will ensure one isolated hole doesn’t impact every single egg. With a decentralised system in place, even if one, two, three or more generators fail, other, external sources are able to operate unaffected, keeping the lights on and significantly reducing the risk of blackouts.

The use of storage systems, such as spinning reserve units, can also help to meet surges in demand, as experienced in Texas - protecting the wider grid system from spikes in demand, equipment overload and devastating cascade failures.

This has also highlighted the need for the use of intelligent decision making driven by data that helps to balance supply and demand of reserve power from distributed generation, especially on days when the weather forecast is uncertain.

Decentralised systems are not a ‘silver bullet’ to solving issues like we saw in Texas earlier this year, but they can reduce risks and provide a desperately needed level of protection to our energy systems. Recent events have provoked the need for a rethink of our approach to energy infrastructure, particularly at a time where such extreme weather events become more common. A move to hybrid energy systems to ensure reliability, as well as addressing competing demands and pressures on suppliers, can play a role in preventing blackouts becoming a regular feature of modern life. At the time of writing, rising energy prices are sweeping across Europe, putting local communities at risk of blackouts in the case of extreme weather with utilities not keeping up with grid reliability technology and standards. Meanwhile, Texas is expected to continue experiencing rising energy prices thanks to the impact of rising demand along with generator failures in the centralised grid, further underlining the need for an urgent examination of the way we approach grid systems.

Together, we can, and must, ensure the scenes in Texas represent a turning point, and not the first of many such stories, for this winter and in the winters to come.