Right before Easter, a historical debate between the 11 candidates to the presidency of the French Republic took place, with over 6 million viewers. The event was expected to reduce the volume of undecided voters (latest polls indicate they represent a 4

Right before Easter, a historical debate between the 11 candidates to the presidency of the French Republic took place, with over 6 million viewers. The event was expected to reduce the volume of undecided voters (latest polls indicate they represent a 40% of the voters) offering variety with other small candidates, among them Jean Luc Melanchon. The leader of the French far-left, (an acknowledged anti-European) was the ultimate beneficiary of the debate, now placed fourth in the election polls behind center-right candidate Francois Fillon (both tied at 19%) and adding more uncertainty to the election’s outcome. 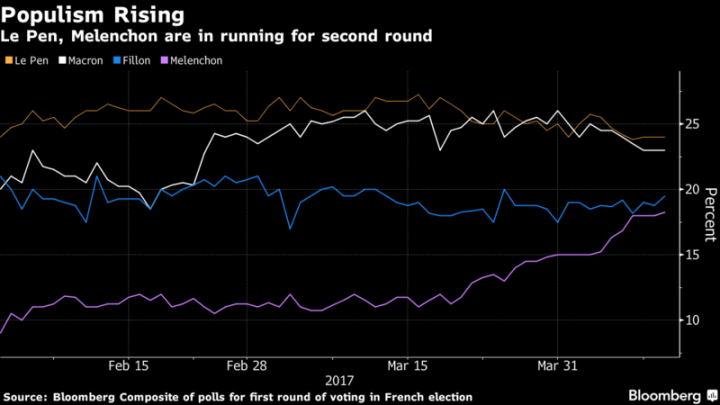 Surprisingly, Marine Le Pen (23% behind Macron, 25%) was not the only candidate to criticize the European Union. Others like Benoît Hamon, François Fillon,  or Nicolas Dupont-Aignan showed themselves euro-skeptical, calling into question the real advantages that belonging to the Union may imply France. Centrist Emmanuel Macron was one of the main defenders of the common project, urging his colleagues to change the wronged mechanisms in the Union from within.

Recent polls showed that, so far, a great part of the French people (around 60%) would not wish to exit the Union (see sondage CSA). Nonetheless, and being aware of how complex it would be to recreate an accurate estimate of the real impact of a Frexit due to the lack of precedents, we want to present a likely scenario for this under economic terms.

Check the whole story to read the 5 remaining key-points to understand why Frexit is unfeasible:

Accelerating the Energy Transition in Germany: European Industry Leaders have recently Discussed the Challenges and the Opportunities