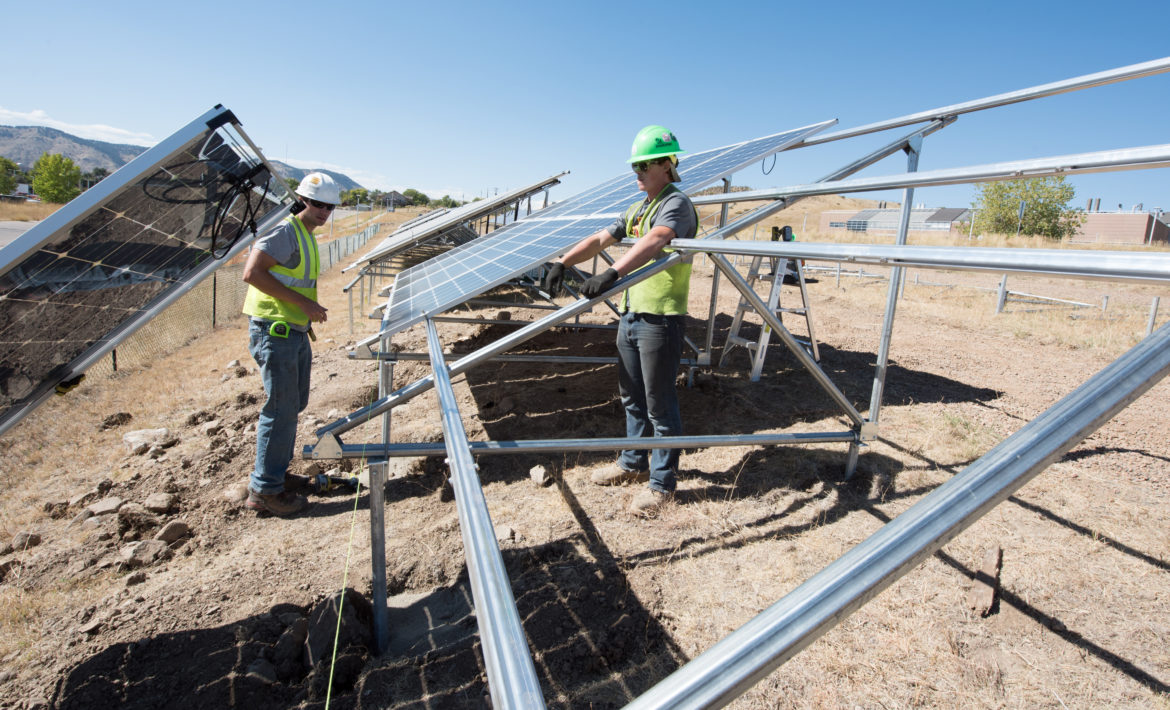 Eight months after announcing a 5-megawatt community solar project, Evergy has yet to hit its subscription target.

Kansas City-area utility customers have been slow to embrace a planned community solar project, prompting some to question the program’s marketing or financial model.

Evergy (formerly Kansas City Power & Light) announced last July that it would build a 5-megawatt community solar project once customers had subscribed to 90% of its capacity.

More than eight months later, only about two-thirds has been claimed, putting it in contrast with other projects in the region where customer demand quickly sold out shares:

Evergy spokesperson Damon Smith said its project is “moving along as expected,” and that the company expected to see an increase in enrollments once it determines and announces a final location for the project.

Utility-run community solar projects can run into a number of obstacles, according to Jen Szaro, who directs research and education programs for the Smart Electric Power Alliance. Previously, she managed renewables for the utility that serves Orlando, Florida.

“For community solar to do well, it has to have a value proposition for customers,” Szaro said. “It could be a hedge — one way is you charge the customer a rate that stays fixed for the life of the project. A lot of people like that.”

Another winning structure, she said, is for the utility to pay the upfront cost of solar panels, and to add a small amount to a customer’s monthly bill.

“Once they’ve paid off their loan, it’s just a credit. That model is attractive.”

Evergy is not offering customers the opportunity to purchase any panels, but to access solar power through a premium added indefinitely to the monthly bill. And it’s not clear at this point just what the premium would be.

The company estimates that power from the array would add between 2 and 5 cents per kilowatt-hour to the usual residential rate of about 10 cents per kWh. For customers seeking to obtain half of their power from the solar array, that likely would translate into an extra $5 to $15 per month. Customers may commit to anywhere between one and 20 years. During that time, their energy cost would be locked in, although their bill for transmission and distribution services could increase.

The Omaha Public Power District is charging a much smaller premium — eight-tenths of a cent per kWh. Ameren, meanwhile, is charging its St. Louis community solar customers about 5 cents per kWh.

It’s possible that Evergy is simply charging too much. Szaro called the 90% threshold “a pretty steep goal” and theorized that it might be getting in the way.

“It’s a lot easier to sign people up when they see construction. People start talking, the news starts to cover it, and people get excited,” Szaro said, adding that the company might want to consider starting construction when they reach 70% or 75% subscribed.

Dorothy Barnett, executive director of the Kansas Climate & Energy Project, said charging a premium for power doesn’t reflect the current state of community solar. Midwest Energy, a power cooperative in Colby, Kansas, used a model she prefers. Customers were invited to purchase a panel for just under $900 and then own all of the output from that panel.

“That feels more like the way community solar is happening in other states,” she said.

“Sometimes people don’t trust this coming from the utility, and it helps for a third party to vouch for it,” he said, noting that Renew Missouri is very supportive of this program. “We worked with Ameren Missouri on their program and it filled up super fast. No one at Evergy has taken us up on it. I am just not sure they know how to go about doing it.”

Smith said Evergy “has a full marketing plan in place to promote this program. This includes paid and owned marketing channels [such as the web, social media and bill inserts], cross-promotion and media relations.” He pointed out that money spent to sell customers on the idea has to be recouped in the rates for solar power.

Persuading customers on the idea of community solar can be tricky, said John Oliveri, spokesman for CleanChoice Energy, a company that manages community solar projects for utilities.

“You have to figure out who wants to do this, how to market to them and how to maintain the relationships,” he said, adding that a project is unlikely to succeed “if it’s not firing on all three of those cylinders.”

Szaro, who was involved in promoting a community solar project for the utility in Orlando, Florida, said, “You have to hit them where they’re active, and keep that messaging going to keep them engaged. We went … where we thought our target audience would be. For the boomer folks, we went to farmers’ markets and antique shows and community centers. For millennials, it was concerts and 5K runs. They care about good health. For a lot of folks, that’s the driver; they tie public health with clean energy.”

Smith said the company is looking to hit its lofty 90% goal by recruiting large commercial and industrial customers. The company is postponing the project’s anticipated operational date from mid-2020 to early 2021, but remains committed to the concept.

“At this time,” he added, “we firmly believe the project will move forward.”