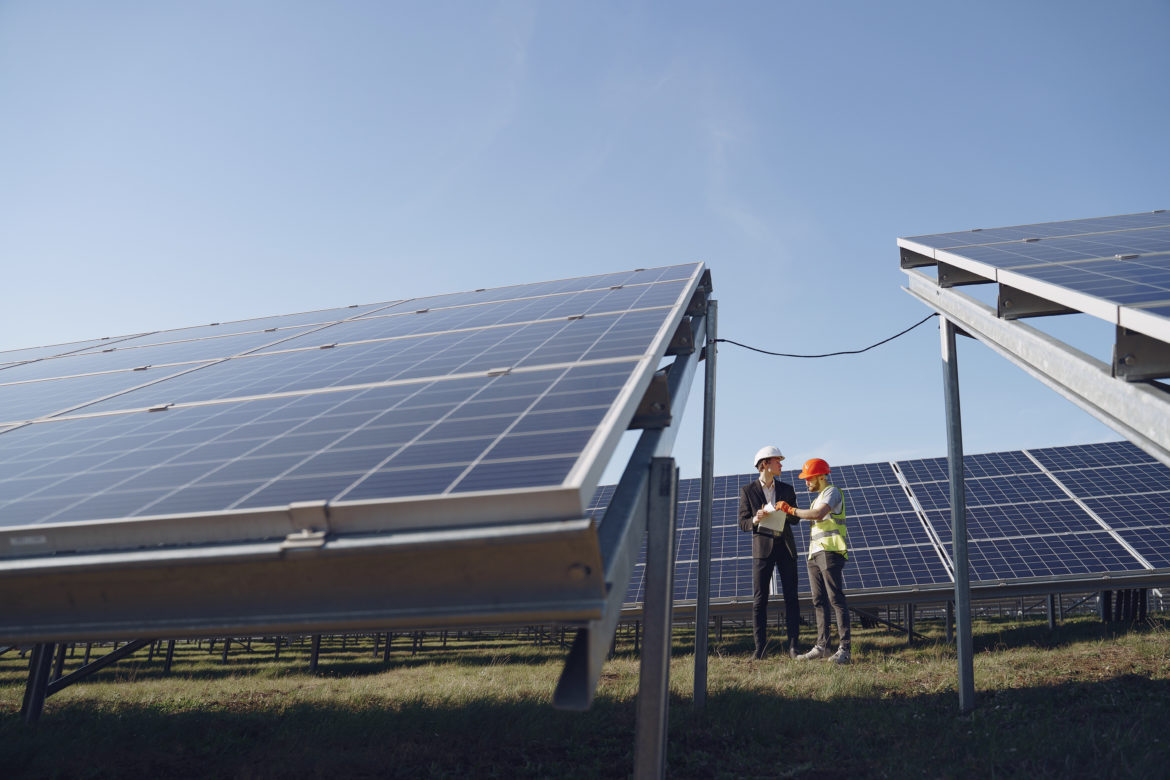 A Connecticut proposal exemplifies residents’ common complaints over solar developments in their neighborhoods.

Proposals for large solar facilities routinely come under scrutiny for their potential to cause erosion and runoff, but for property owners who live nearby, concerns about the impact on their home values often loom just as large.

An application before the Connecticut Siting Council to build a 3-megawatt solar facility in Stonington is a case in point. Greenskies Clean Energy, a North Haven-based solar developer, wants to build the facility on a portion of the Elmridge Golf Course. The course’s owners have said they plan to reconfigure the course down from 27 holes to 18 due to a decline in use.

At least three neighbors have let Greenskies know that they are concerned about the visibility of the project and “the possibility of depreciating property values,” according to the application. And one neighbor, Douglas Hanson, who owns a four-bedroom home on property abutting the proposed site, has requested party status in the proceeding because of the “substantial adverse impact” the project could have on his home value.

Such concerns are the norm when any major new development is proposed in a neighborhood. When it comes to solar farms, there is little data to support the assumption that merely being close to one drags down home values.

There is, however, considerable data that suggests solar farms have little to no impact on nearby property values. But because those findings come from appraisers hired by solar developers to provide reports or testimony for regulatory proceedings, some question their thoroughness.

Jeff Hintzke, Greenskies’ vice president for policy and new markets, said the company has not commissioned any appraisal reports on property value impacts. But of the ones he’s reviewed, “the general conclusion is that, unless you might be right next door to a project and there are no mitigation efforts, like fencing or vegetation, there seems to be no impact when they look at actual resale values.”

The only widely circulated independent study of the issue appears to be a 2018 survey of home appraisers conducted by researchers at the LBJ School of Public Affairs at the University of Texas.

The majority of respondents said it was their opinion that proximity to a solar installation had either no impact (66%) or a positive impact (11%) on home values. Those respondents who hadn’t actually ever appraised a home near a solar facility were more likely to assign a negative impact than those with experience in such appraisals, the survey found.

The appraisers tended to associate higher panels, larger installations and new power lines with a negative impact, and viewed screening with trees or hedges and reduced traffic flow as positives.

Richard Klein runs Community and Environmental Defense Services, a Maryland-based firm that advises residents seeking help in fighting various kinds of development around the country. In his discussions with people opposing solar farms, Klein has found that their core concerns are almost always how it will look and the impact on their property values.

“In just about all cases, the concern can usually be resolved with decent visual shielding — arborvitae or cedar that will grow tall enough to block the sightline from peoples’ homes,” Klein said.

As to whether that also eliminates any negative impact on home values, Klein said there’s just not enough “hard data” to say for sure.

“Somebody needs to independently fund an appraisal group” to compare sales prices of homes close to solar farms with similar homes farther away, he said. Ideally such a study would identify factors that tend to have a negative impact, and recommend solutions for those issues, he said.

Klein said he questions the validity of the sales comparison studies conducted by appraisers on behalf of project applicants.

“You can find holes in them,” he said.

Kern G. Slucter, a principal in the Gannon Group appraisal firm in Michigan, said he finds the insinuation that an appraiser would tailor their findings to suit a developer’s interests “insulting.”

“Ethically and legally … I am bound to be unbiased,” said Slucter, who has worked in the profession for more than 30 years and also teaches ethics. “It doesn’t matter who’s writing the check. By and large, the appraisers out there take their role pretty seriously.”

Slucter said he’s prepared two studies on solar farms and their impact on market values. He looked at home sales “reasonably proximate” to solar farm sites, then compared those to the sale prices of several similar homes farther away.

“You try to get apples to apples as much as you can,” he said. “I found that the impact on value was negligible. I’m talking about less than a half of a percent.”

Marketing a very high-end home next to a solar farm might be “a bit of a struggle,” but in the median price range, “I’m going to suggest to you that people have greater priorities,” like the number of bathrooms or the size of the yard, Slucter said.

The difference in per-square-foot sale prices for 70 of those comparisons was between -5% and 5%, a range he views as statistically insignificant.

“When you take all 84 and average them out, it works out to a difference of 1%, which really suggests no impact,” he said.

Asked whether a solar developer had ever declined to use his findings because they weren’t favorable, Kirkland said no. However, he said he has refused requests for his expert testimony in proceedings concerning projects he felt were being built too close to homes to not have an impact.

Renée Healion, an appraiser who works throughout eastern Connecticut, said it’s certainly possible that a home that suddenly has a utility access road running by it would suffer a reduced value as the result of a solar farm. But otherwise, the next round of buyers for a property near a solar farm is not likely to feel the same “sense of loss” about the change as the existing owner.

And further down the road, when the installation’s useful life comes to an end, “the next development of that parcel could upset people who had grown accustomed to a quiet solar farm,” Healion said.