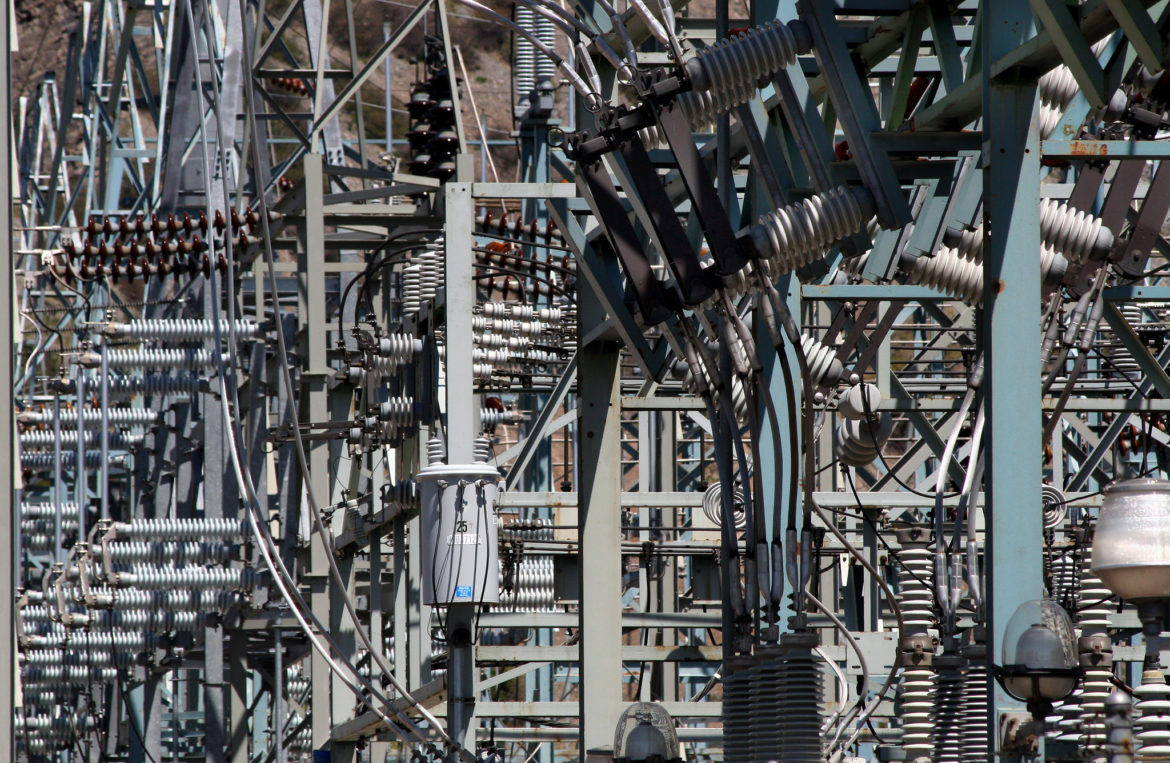 A recent analysis found 245 clean energy projects that were withdrawn during the advanced stages of development, with many blaming a lack of transmission capacity.

Grid congestion — and the exorbitant cost of relieving it — has caused developers to cancel scores of wind and solar projects planned in grid operator MISO’s territory, renewable industry advocates say.

In all, 245 clean energy projects that had reached advanced stages of development were withdrawn between January 2016 and July 2020, the study found. While there are various reasons a project may be withdrawn, experts and developers say that especially in the western region of MISO, congestion and related grid upgrade costs are the main factors.

EDP Renewables recently withdrew a planned 100-megawatt wind farm in southwestern Minnesota from MISO’s queue for interconnection to the grid, because MISO said it would have to pay $80 million for grid upgrades. The company, which was in the midst of negotiating a power purchase agreement with a telecommunications company, had estimated the work would cost about $10 million and has since called the project off, said director of government affairs Vanessa Tutos.

It’s one of several that have faced a similar fate.

“What we’ve seen in the data and reports from developers is that the number of projects dropping out as a result of high network upgrade charges has significantly increased over time,” said John Moore, director of NRDC’s Sustainable FERC Project. “The network is reaching its limit.”

Power generators typically pay for the interconnection lines needed to get their power to the grid, and EDP regulatory and market affairs director David Mindham said there are few concerns about this arrangement. But as the long-distance, high-voltage interstate power lines are too congested to serve new projects, developers are required to pay for upgrades on these lines if they want to build.

The developers and clean energy advocates say that as these upgrades benefit many parties across multiple states, the needs and costs should instead be predicted farther in advance by MISO and passed on to a wider range of stakeholders, including ratepayers. MISO declined to comment for this story.

“Generators absorb those costs up front,” which is not feasible in many cases, Mindham said. “We need a better cost-sharing mechanism between generators and other beneficiaries of the system.”

Developer Invenergy has also withdrawn projects because of congestion on the MISO grid, after spending many millions on the earlier stages of the process.

“The current process ignores the reality of the way the grid is heading — it used to be that you’d build your generating facility close to load, but renewable resources need to be sited where the resource is best … and often in far-flung locations, the transmission system is not robust,” said Nicole Luckey, vice president of regulatory affairs for Invenergy. “Customers are seeing the benefits but they’re not funding those upgrade costs.”

Invenergy Senior Vice President Kris Zadlo noted that there were 27 projects submitted into MISO’s February 2017 west interconnection cluster representing 3,421 megawatts. MISO studies initially showed the need for about $3.4 billion in transmission upgrades for those projects, coming out to about $1 million per megawatt to interconnect. “To put this value in context, you are almost paying as much to interconnect as you are to build a renewable resource,” Zadlo said, and all but two of the projects were ultimately canceled.

“There’s a breakpoint where bearing those costs makes the renewable project unprofitable and you just have to drop out of the queue,” Zadlo said. “Transmission is essentially highways or roads in the sky — if you wanted an Amazon distribution center in your community, you wouldn’t make Amazon pay for the highway — you would build a highway to attract Amazon and all the other industries that would come with it.”

Typically the cost of needed upgrades for long-distance lines is divided among multiple companies seeking to connect new projects. The upgrade needed for EDP’s Minnesota project cost hundreds of millions of dollars in all, Tutos noted. That means developers who move forward could be shouldering additional risk that another developer will bow out, and the remaining ones will have to pick up their portion of the cost. Developers can also be billed for costs of upgrades in affiliated systems that are not in MISO territory.

A March 2020 study by MISO showed that 60 proposed projects representing 9 gigawatts of wind would require total upgrades costing more than $1 billion. A report by wind and solar energy trade associations and the nonprofit Clean Grid Alliance notes that prior to 2009, upgrade costs were split 50-50 between generators and load (essentially, customers). Today, generators pay 100% of the costs, unless the upgrades are above 345 kilovolts, in which case generators pay 90%.

Mindham said that regional transmission organizations like MISO aren’t doing enough to predict where renewable projects could be built and the grid upgrades needed, including to meet specific renewable energy goals in neighboring states. Many developers say more new transmission lines should be built — with the cost spread across large regions — to get renewable energy from where it’s best generated to where it’s needed. Investments have been made in these so-called multi-value projects in the past decade, but that new transmission capacity is in many places already being used up.

“If you do that study and understand your transmission needs, you can build transmission in anticipation of renewable energy and come up with a more fair cost allocation that assigns costs to everyone,” Mindham said.

Developers also say that they suffer from a lack of certainty, and are forced to go through the costly early stages of the interconnection process before learning that the upgrade costs they’d need to pay are too high to proceed.

“You have to demonstrate site control and other aspects of projects — before we even come to the queue, we’ve invested significant money, millions and millions of dollars,” Mindham said. “What’s hurting developers is a lack of certainty. Everything has to line up perfectly in multi-year cycles, you have to get site control, local permits, every other aspect of developing the project and then at the end if you’re hit with an $80 million bill you hadn’t anticipated, it just kills the project.”

Such concerns are part of MISO’s ongoing stakeholder process, but developers say it is moving too slowly and wind and solar projects crucial to helping states meet their renewable energy goals are being needlessly sacrificed. They want to see MISO and the Federal Energy Regulatory Commission make changes more quickly, and they are calling on state legislators and governors to weigh in on the issue.

“As we see more and more carbon reduction goals, we’re seeing a greater appetite for clean energy growth,” Tutos said. “But it can’t actually come to fruition. There’s a move afoot to educate lawmakers and regulators so they can put some pressure on MISO, but there’s only so much they can do without everyone being on board. There are so many diverse stakeholders, it’s hard to move things forward.”

On Sept. 8, the Midwest Governors Association sent a letter to regional transmission organizations MISO, PJM and Southern Power Pool about the issue, asking them to come up with a “long-term transmission ‘blueprint,’” otherwise “the grid could continue to act as a barrier to industry evolution for decades to come.”

The Natural Resources Defense Council’s study says the 245 advanced projects withdrawn represented 40% of the total in MISO’s queue at the time. High numbers of projects withdrawn were concentrated in Minnesota, southern Wisconsin, and southern Michigan plus a swath of Michigan’s Upper Peninsula. Michigan and Minnesota saw the most withdrawals, representing about 5,000 MW in each state.

A map from MISO shows the amount of energy that can be added to power lines in different areas. In the same parts of Minnesota and Michigan where high numbers of projects were withdrawn, there are already 10,000 MW or more of power on the lines above what MISO considers ideal. The map shows most of Iowa, Michigan and Wisconsin and central Illinois and Indiana also above the threshold.

Congestion is also bad in MISO’s southern reaches including Missouri, Arkansas, Louisiana, Mississippi and part of Texas. Only MISO’s eastern flank — including Virginia, West Virginia and the Carolinas — can add thousands of megawatts before becoming congested.

MISO’s project queue is currently made up predominantly of clean energy projects — a total of 50,000 MW of solar, wind, storage and hybrid projects and just 4,452 MW of natural gas projects, as of July, according to NRDC’s analysis.

A spreadsheet provided by NRDC showed that when projects in all stages of development were considered, more than 20,000 MW of wind and more than 21,000 MW of solar were withdrawn, along with battery storage projects. The companies owning the transmission lines in question include Entergy, Otter Tail Power Company, American Transmission Company, Xcel Energy, Ameren Illinois, Duke Energy, ITC Transmission, and others.

Tutos noted that in addition to withdrawals, many proposed projects are canceled before ever being submitted to the MISO queue because of concerns about grid constraints. “We go through fatal flaw analysis and decide just not to proceed because of this,” she said.

Mindham added that the congestion in areas with prime wind mean projects are instead being shifted to areas with weaker wind but more grid capacity. That makes investments less cost-effective and limits carbon emission reductions.

“Not only are renewables not being built that otherwise would be built — there’s no question of that,” Moore said, “but also it stands to reason that higher quality renewables may not be being built because there’s not enough space on the system where solar or wind resources are the best.”

Mindham added: “In my opinion, this is the single largest thing holding back renewable development.”