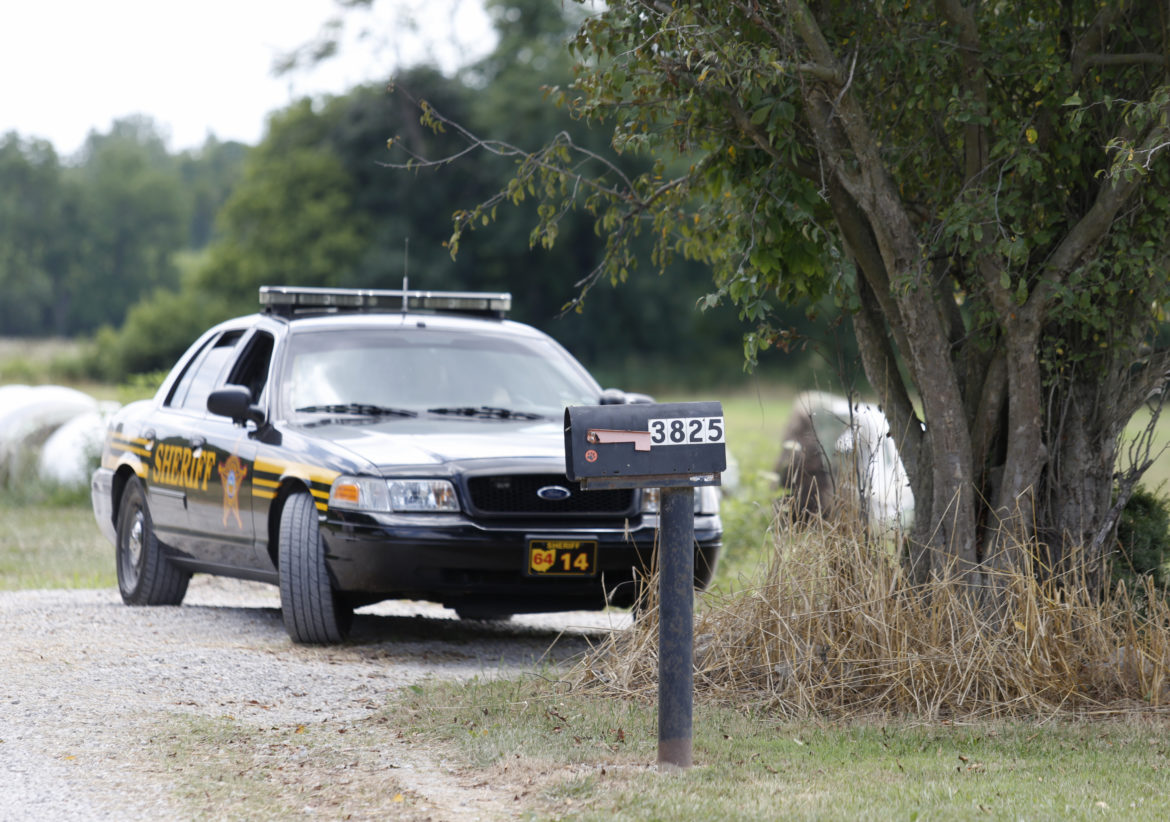 Consumer advocates, industry organizations and environmental groups continue efforts to learn more about claims that FirstEnergy and current or former subsidiaries may have financed an alleged $60-million conspiracy to make sure Ohio’s nuclear bailout bill became law and withstood a referendum attempt.

Yet opposition by FirstEnergy in two regulatory cases and in state court has combined with the legislative recess to prevent those groups and voters from learning more before Election Day.

“FirstEnergy’s lack of transparency is a continuation from its resistance to prove it even needed the bailout it received in House Bill 6, despite requests from lawmakers during HB 6 hearings,” said Miranda Leppla, Vice President of Energy Policy for the Ohio Environmental Council Action Fund. “It is not surprising to see FirstEnergy’s current efforts to block any scrutiny of its actions in these legal and regulatory venues where organizations and the state are trying to get answers.”

One case deals with whether FirstEnergy used funds that came from Ohio ratepayers for lobbying or donations to groups that worked on HB 6. Various dark money groups are at the heart of federal and state cases against former House speaker Larry Householder and others.

Early in September, the Office of the Ohio Consumers’ Counsel asked the Public Utilities Commission of Ohio to order a full, independent audit. Such a process could trace the direct and indirect flow of funds to and from FirstEnergy and its utilities and uncover any lapses in corporate governance that might have overlooked or allowed diversions of money.

Instead, the PUCO merely told FirstEnergy to provide its own explanation to regulators. A subsequent statement from PUCO spokesperson Matt Schilling characterized that order as a “first step.”

FirstEnergy filed a brief response and affidavit on September 30, stating the company’s conclusion that ratepayers hadn’t paid charges for HB 6 because those amounts weren’t recorded in accounts used for calculating riders and charges. For now, that seems to be all that it’s willing to say. And it wants to stop other groups from taking part in the case as parties.

“FirstEnergy has sought to block the intervention of every party to this proceeding thus far with the exception of the Ohio Consumers’ Counsel and the Ohio Energy Group,” said attorney Robert Dove in an October 21 filing on behalf of the Natural Resources Defense Council.

The utilities have said various other parties have no “real and substantial interest” in the proceeding, even where organizations serve thousands of ratepayers or agencies that help low-income households. Additionally, the utilities argued that “the Commission’s review involves only the filing of initial and reply comments.” Company spokesperson Jennifer Young said the company had no further comment beyond the filings in the case.

Yet PUCO Chair Sam Randazzo told lawmakers last month, “We will have other parties intervening in this case.”

FirstEnergy also is fighting against environmental advocates’ efforts to expand the scope of the case.

“A robust investigation is necessary for the Commission to meet its statutory responsibilities and restore public confidence in utility oversight,” said a September 29 filing for the Environmental Law & Policy Center and the Ohio Environmental Council. In particular, the groups want the case to address issues relating to corporate separation and corporate management.

Meanwhile, the Consumers’ Counsel has taken steps to appeal from the PUCO’s failure to grant its request for a full independent audit. Earlier this month, the consumer advocate also sought to take the deposition of the FirstEnergy Director of Rates and Regulatory Affairs, Santino Fanelli.

FirstEnergy moved to block the deposition. However, Randazzo’s testimony to lawmakers last month did not suggest that the intervening parties’ ability to conduct discovery would be curtailed.

An October 20 PUCO order told the Consumers’ Counsel to respond to FirstEnergy’s motion by November 2 and noted that a case conference would be set at a later date. Meanwhile, the date for various parties’ comments on the merits of the case has been postponed.

In a separate case, the Citizens Utility Board of Ohio has asked the PUCO to amend FirstEnergy utilities’ tariffs for coal plant subsidies under HB 6. That way, the money could be refunded if the bailout bill is repealed or modified to reduce the amounts collected.

If a refund mechanism is put in place, “neither the FirstEnergy [utilities] nor the owners of these failing coal plants receive a windfall of ratepayer funding as the fruit of alleged political corruption,” said attorney Madeline Fleisher in her brief on behalf of the watchdog group.

Without specific refund language, the Ohio Supreme Court has denied customer refunds of unlawful charges, including nearly half a billion for a no-strings-attached rider for FirstEnergy’s utilities. The court held the rider unlawful last year.

FirstEnergy’s utilities oppose that motion. Young did not offer further comment on the regulatory case for the coal plant subsidies, beyond the company’s filings with the PUCO.

In a separate case, the Consumers’ Counsel and the Northeast Ohio Public Energy Council have appealed to the Ohio Supreme Court from an April PUCO ruling, which let another FirstEnergy subsidiary start doing business as an energy broker.

FirstEnergy spokesperson Mark Durbin said the company will participate in the court case as an intervenor, adding that in his view FirstEnergy Advisors is saving customers money by soliciting competitive bids from multiple suppliers.

However, issues in the case “include FirstEnergy Advisors’ sharing of managers with other FirstEnergy companies, instead of being corporately separate as required by regulations,” said Consumers’ Counsel spokesperson Merrilee Embs. That raises the possibility for cross-subsidies and possible unfair advantages, the consumer advocate’s brief noted.

The case doesn’t directly relate to HB 6. Nonetheless, corporate separation has been an issue in various other cases involving FirstEnergy and its utilities over the past decade, including various efforts to guarantee sales for or otherwise subsidize affiliated generation operations.

In other case developments, FirstEnergy has moved to dismiss the Ohio Attorney General’s civil lawsuit against it, Energy Harbor/FirstEnergy Solutions, Larry Householder and others. Young had no further comment beyond the company’s filing in the case. Among other things, the case seeks to prevent Energy Harbor, FirstEnergy and other defendants from benefiting from the law’s nuclear subsidies.

Additionally, the cities of Columbus and Cincinnati filed their own lawsuit on October 27. The complaint alleges that the HB 6 rider is an unconstitutional tax. It also alleges that FirstEnergy violated the Ohio Corrupt Practices Act. The case aims to prevent any nuclear bailout money from being collected in the first place.

Meanwhile, environmental advocates are waiting to hear the outcome of a federal appeals court motion that could require further consideration of matters in the FirstEnergy Solutions/Energy Harbor bankruptcy case that had mostly wrapped up earlier this year. FirstEnergy Solutions’ October 15 brief argued the environmental groups didn’t have standing to raise the issue, even though they had been parties to the bankruptcy case throughout.

“This case presents an extraordinary situation,” said the environmental group’s October 22 reply. As they see it, federal bankruptcy law “provides the necessary tools to ensure that the public corruption charges did not infect the feasibility of the confirmation plan and are taken fully into account to protect the public’s interests and ensure the transparency and integrity of the bankruptcy process.”

The federal case against Householder and others continues, and investigations in that case are ongoing. This week, two of the five defendants, Juan Cespedes and Jeffrey Longstreth, reached plea agreements with prosecutors.

Shortly after, FirstEnergy announced the termination of Chief Executive Officer Charles Jones and two other executives. A company press release said its independent board committee “determined that these executives violated certain FirstEnergy policies and its code of conduct.”

The criminal case does not explicitly name the energy company as a party, but refers to a “Company A” that other materials indicate is FirstEnergy. That would make it and current and former subsidiaries the source of about $60 million in financing for the alleged conspiracy scheme.

“We have acknowledged receiving subpoenas related to the DOJ case and are fully complying,” Durbin said.

For now, however, environmental groups, consumer advocates and others continue to face roadblocks.

“Ohio consumers have been harmed by HB 6, and the damage gets much worse on January 1 when $150 million [in] nuclear bailout charges kick in,” said Tom Bullock, executive director of the Citizen Utility Board. “FirstEnergy says it’s not complicit in alleged HB 6 bribery, but it’s using legal maneuvers to block transparency, deny consumer refunds, and keep nuclear bailout money. Consumers need PUCO to side with us and order FirstEnergy to cooperate.”