Energy And Utility Firms Are Among Highest Paymasters Employees at energy firms are among the most well-paid, according to a WSJ article published this past week. The authors analyzed salary data from companies in the S&P 500 to rank the most well-paying companies and came up with some surprising conclusions.

Technology and finance are generally considered the most glamorous industries in terms of pay. But they ranked second and fourth respectively in the analysis. Pharmaceutical industries took the top honors and energy firms, which includes petroleum and natural gas companies and electric utilities, were ranked third.

Texas-based refiner Valero Energy and Michigan utility DTE Energy came out on top of energy firms listings with median salaries of $170,000, inclusive of salary, bonuses and overtime. The other utility ranked within the top 5 salary firms for the energy industry was Consolidated Edison, which had an estimated median pay of $160,000. Those high salaries for utility workers are especially impressive considering that they were achieved on the back of increase in workforce. For example, Consolidated Edison’s latest annual report released in April this year stated that the company had 15,593 employees, an increase of 5.3% from the previous year.

The listings also highlighted disparities between pay scales of senior management and average workers. Within the petroleum industry, that disparity is glaring. For example, Marathon Petroleum Corp. paid a median salary of $21,034 to its average worker while CEO Gary Henninger received $19.7 million, 935 times as much. The utility industry seems to have a more equitable pay structure. Consolidated Edison’s CEO John McAvoy received a salary of $8.7 million while DTE Energy’s CEO Gerard Anderson earned $13 million.

According to the authors, two factors were responsible for determining median pay at the S&P 500 companies.

The first one was share of seasonal or part-time workers. Not surprisingly, restaurant services businesses, which mostly employ people without a graduate degree, were among the lowest paying industries. While seasonality plays a role within the energy and utility industry, the proportion of workers in such jobs is relatively lower. The average worker in the utility industry also seems to be relatively well-educated. According to the article, the average DTE employee is a “senior-level professional holding two master’s degrees and earning $173,839 a year.”

The second factor influencing median pay was the proportion of low-wage employees employed by the firms  in developing countries. Utility and energy firms were againt at an advantage here. The localized nature of their industry’s business model precludes much outsourcing of jobs and, therefore, pushes median pay higher.

Will The Good Times Last?

The first one is the effect of deregulation. In the past, unions have successfully negotiated contracts that guarantee good wages to workers. A 2003 study found that utilities retrenched the number of their employees but increased wages of others. However, an increase in electricity demand in recent years has led to a hiring spree. It remains to be seen whether unions will exert as much influence as they did in the past.

A second trend might be the emergence of smart grids. Smart grids automate tasks typically performed by humans. They also utilize new forms of energy, such as solar, whose power plants are less workforce-intensive as conventional coal. For example, a meter reader could earn as much as $31.92 per hour back in 2008. However, smart grids, with their bidirectional information flow, could make jobs like that of meter readers redundant. Instead a new set of job descriptions, which might require more education and understanding of the technology underpinning smart grids, might evolve. Already the utility industry is facing an employment crisis of sorts due to retiring workers and lack of new, qualified personnel to back them up.

This is a solid commentary placement by the Utiities Technology Council to buttress its case regarding the importance of communications networks to electricity delivery. There's a timely news hook -- i.e., a recent national survey -- and a..

Do you know what the energy utilities sector needs? A spark. Badly. There's one area that has truly hindered customer experience, and it's green initiatives. Specifically, a lack thereof.

The energy utilities sector has seen better days. According to the American Customer Satisfaction Index’s most recent Energy Utilities Report, the sector experienced a major downturn in customer satisfaction. Here's a look at what it found. 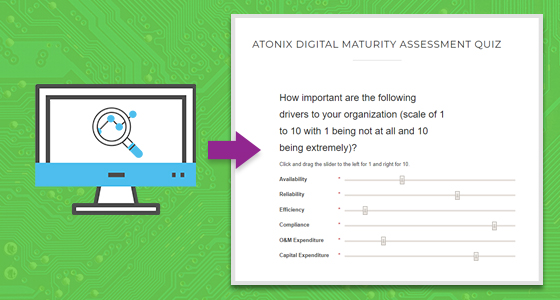 If you're like most utilities providers, there are a variety of ways you could advance your analytics capabilities. The question is, where do you start? Take our Analytics Maturity Quiz to find out.