Enel of Italy Leads a Surge in US Renewables 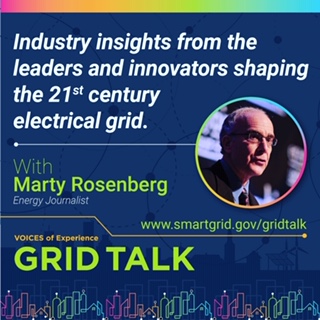 The discussion focuses on the significant transformations happening in the energy sector.

“This is the most interesting time to be in the energy sector that I’ve ever experienced,” said Tierney-Lloyd.  “It’s really great to see all of these policies become implemented at customer levels and at the grid levels and really become a significant factor in the energy industry.”

The podcast also looks at the Italian company’s push in the U.S. Market.

Mona Tierney-Lloyd has 30 years of experience in the energy industry and policy development. She has worked for Enel and Enel predecessor companies for nearly 15 years. Tierney-Lloyd has been with Enel North America since 2020 where she supported regional transmission organization bills that passed in Nevada and Colorado. She Participated in stakeholder process that developed policies for distributed energy resource participation in markets in MISO, ERCOT, and CAISO. Tierney-Lloyd previously worked as Senior Director, Western Regulatory Affairs at EnerNOC. She has a Bachelor of Science in Petroleum and Natural Gas Engineering from Penn State University.

The UK has put in place a scheme to avoid electricity cuts by paying people to switch off appliances at peak times to conserve energy use.

Norwegian offshore wind to the next level

How to Kick-start the North-West European Clean Hydrogen Market

Certain types of crimes have proven to be contagious. Think about how mass shootings in the U.S. have continued to climb since Columbine all while other violent crimes have trended down. Let's hope grid attacks don't follow the same pattern.