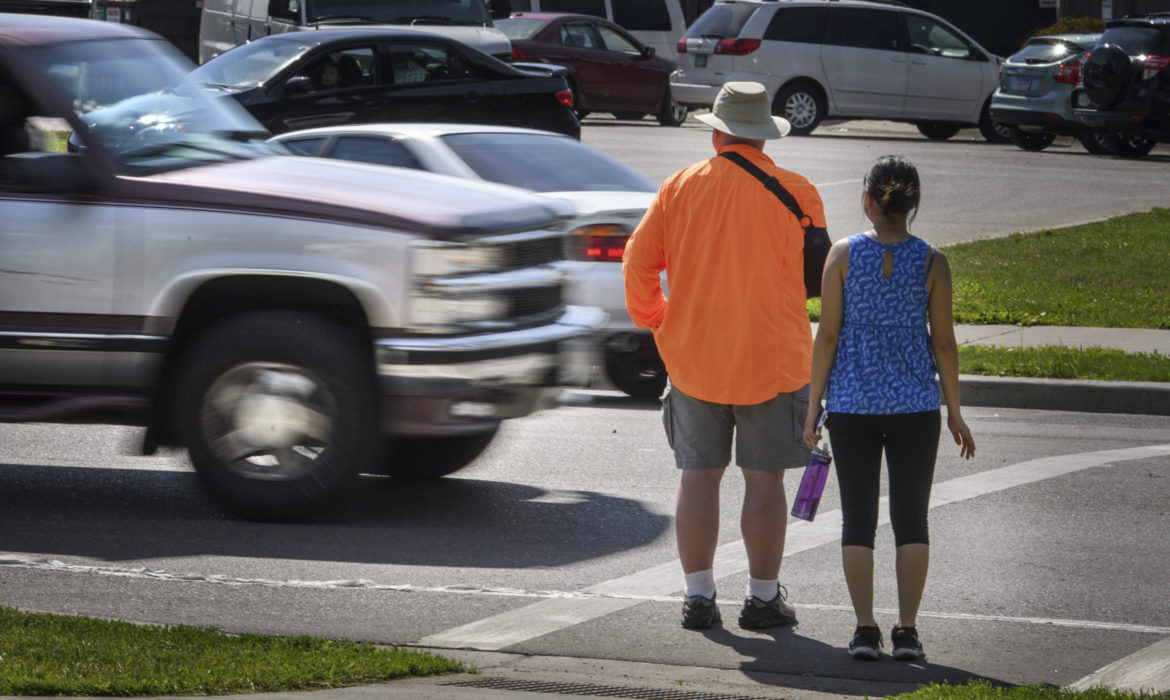 Safety is the main goal, but long-term pollution benefits could be seen as streets become safer for walking and biking

Minneapolis and St. Paul recently lowered speed limits on their residential streets to make them safer for pedestrians, bicyclists and drivers.

Researchers have known for years that dropping highway speeds decreases vehicle pollution, but whether lower travel speeds in cities will bring the same result remains unclear, according to national and global reports on the impact of speed reductions.

Pursuing a national program called Vision Zero, leaders in both cities reduced speed limits to 20 mph on residential streets and 25 mph on arterial roads. Speed limits on state-owned arteries – some of the busiest in Minneapolis and St. Paul – will remain unchanged.

Vision Zero’s goal does not mention air quality improvement as a priority but instead focuses on saving lives, decreasing the severity of accidents and creating a more pedestrian-friendly environment. Yet cleaner air remains a high priority in the climate and transportation plans of both cities.

The Transportation Action Plan developed by Minneapolis highlighted the need to reduce passenger miles by 38% to reach the city’s goal of reducing greenhouse gas emissions by 80% by 2050. The report said the city will not meet its emissions goal with electric vehicles alone.

While vehicles contribute more greenhouse gases than other sectors in the United States, in large northern urban areas such as Minneapolis and St. Paul emissions related to home heating remain almost as significant a problem as fossil fuel transportation.

Still, travel remains a significant source of air pollution, representing 24% of emissions in Minneapolis and 31% in St. Paul.

City leaders decided to cut speeds after the Minnesota Legislature passed legislation last year allowing cities to do so – previously, speed limits could not be lower than 30 mph, with few exceptions. Several cities across the country have dropped speed limits to improve safety, including New York, Boston, Portland and Seattle.

“To tackle our emissions crisis, we need to encourage non-car modes of getting around, and pedestrian safety is central to that effort,” said St. Paul council member Mitra Jalali. “Lowering city speed limits is a key step to slowing down our roads and creating a safer environment for cleaner, healthier forms of transportation like walking and biking.”

Reducing highway speed limits to 60 mph or 55 mph generally reduces emissions. Federal studies show driving at 60 mph is as much as 25 percent more efficient than traveling at 75 mph, which burns more fuel due to wind resistance.

The same is not as true for city driving. Much of the research is muddled and based more on modeling than real-life experience. Few localities, states and countries have lowered urban speed limits, and many of those that have have done so only recently.

University of Minnesota associate professor William Northrop said dropping speeds on city streets in and of itself will result in “not much of a difference” in air quality. Northrop directs the T.E. Murphy Engine Research Laboratory in the Department of Mechanical Engineering.

Changing speeds below 40 mph does not make fossil fuel engines any more efficient, he said, because most vehicles operate most efficiently at higher speeds.

Reports from other states and communities are at odds on this point. A Massachusetts report on the impact of lowering speed limits from 30 to 25 mph projected a slight increase in pollution concentrations, but would cost the state just $500 in additional health care costs. After the state passed a law allowing communities to decrease speed limits to 25 mph, many took advantage of the option.

However, a report from Bend, Oregon, suggests that if driver behavior improves – less braking, smoother travel – fuel economy could increase and lead to less pollution.

Other strategies related to speed limits might raise emissions slightly in the name of traffic safety, among them typical traffic calming measures such as stop signs, lighted intersections and speed bumps, Northrop said.

Some motorists make quick accelerations after stopping, a style of driving that adds pollution. “Where there are traffic calming and stopping measures, emissions are going to be worse,” Northrop said. “People accelerate hard out of things that frustrate them and that makes for more emissions.”

Exceptions exist for vehicles using electricity. Hybrid electric and hybrid plug-in vehicles capture and store energy from regenerative braking, Northrop said. “You’ll see a slight benefit that you get from the recovered energy,” he said.

Another mitigating factor could be the start-stop technology incorporated into many modern vehicles. Engines automatically turn off at stop signs and turn on when the drivers move their feet off the brakes.

At low speeds, creating steady traffic flow without much stopping and starting keeps emissions low, he said. One traffic management approach that works to maintain flow is traffic roundabouts and traffic circles.

Having become more common in many Twin Cities neighborhoods over the past decade, roundabouts and circles maintain traffic flow and likely reduce emissions compared to stop signs or lighted signals, Northrop said.

Ashwat Narayanan, executive director of the safe street advocacy group Our Streets Minneapolis, believes the only sure way to decrease emissions is less driving.

“The one thing I do know is air quality is directly related to vehicle miles traveled,” or VMT, he said. “The more VMT there is, the worst air quality there is.”

Pollution from traffic impacts low-income neighborhoods throughout the Twin Cities because many are adjacent to highways, Narayanan said. He knew of no local efforts to drop highway speed limits to cut pollution.

For now, the primary advantage of slow speeds will be safer streets.

“The aim is to eliminate deaths on our streets from traffic accidents, and the traffic facilities result in deaths because of speed,” Narayanan said. “One way to reduce deaths is to reduce speeds. This is just the first step.”

Hull drag is the largest ocean-going ship energy loss, increasing dramatically with hull fouling thus lowering the fuel efficiency for propulsion, and in tandem with the IMO 2020 sulfur content reduction is causing a major problem shippers. 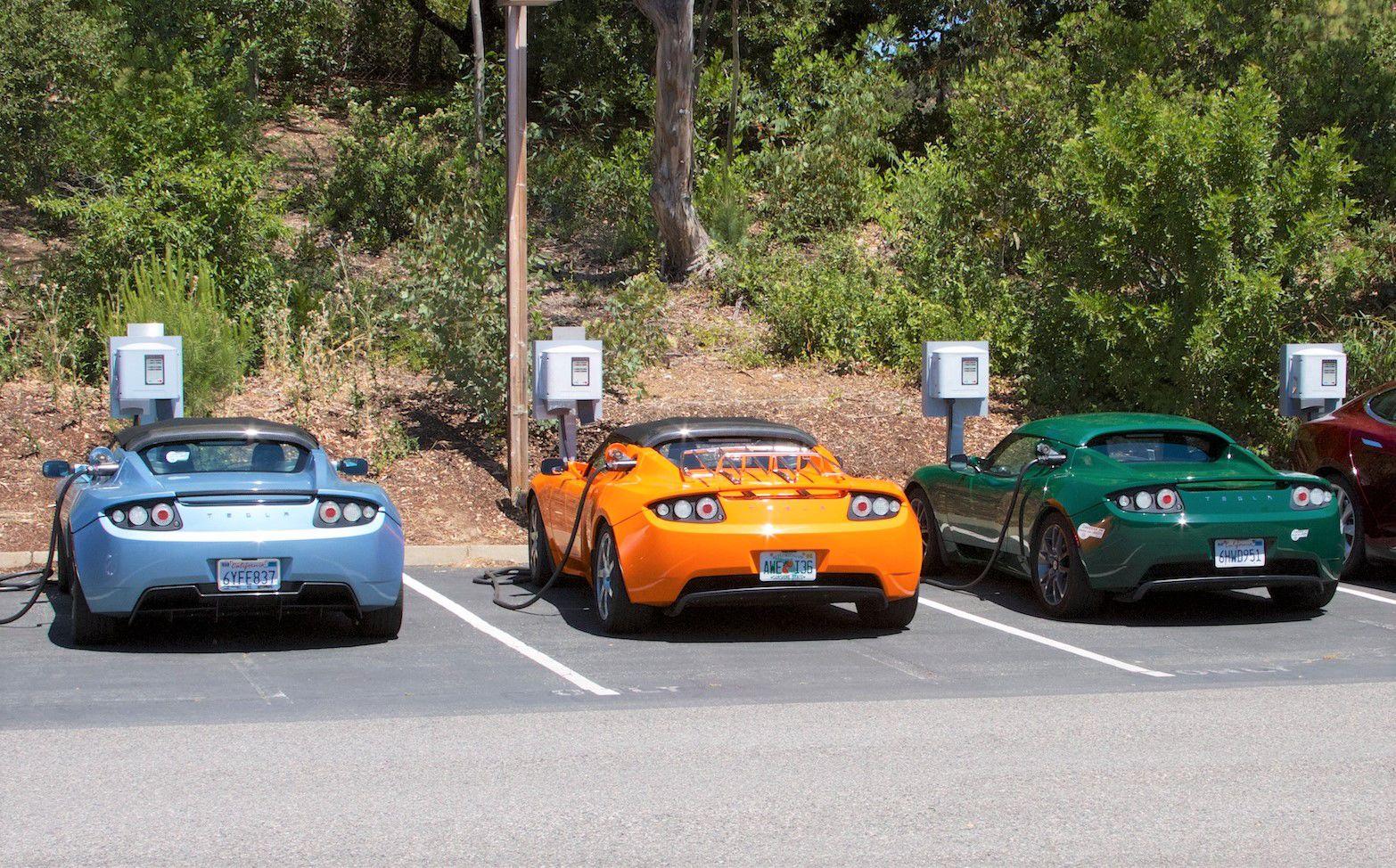 Here we have a quintessential example of California environmental hypocrisy - a Zero-Emission Vehicle Rule, combined with a "Natural Gas Ban" that will not only increase overall gas consumption for living spaces, but make zero-emission vehicles..

Decarbonization is a reality. There is a clear pattern in how utilities are addressing it and the questions they need to answer. This article steps through the pattern and provides guidance on how to develop a clear and pragmatic business strategy.

How did I know that PG&E was the source of your colorful pie chart before I clicked on the link?

Dr. Amal commented on ...
Why should the power bill be fixed?

Given all of the above, what evidence do you have CCAs amount to anything more than empty business constructs, ones designed to give custome

Let's remember there is no electric "side" of Pacific Gas & Electric Corporation.