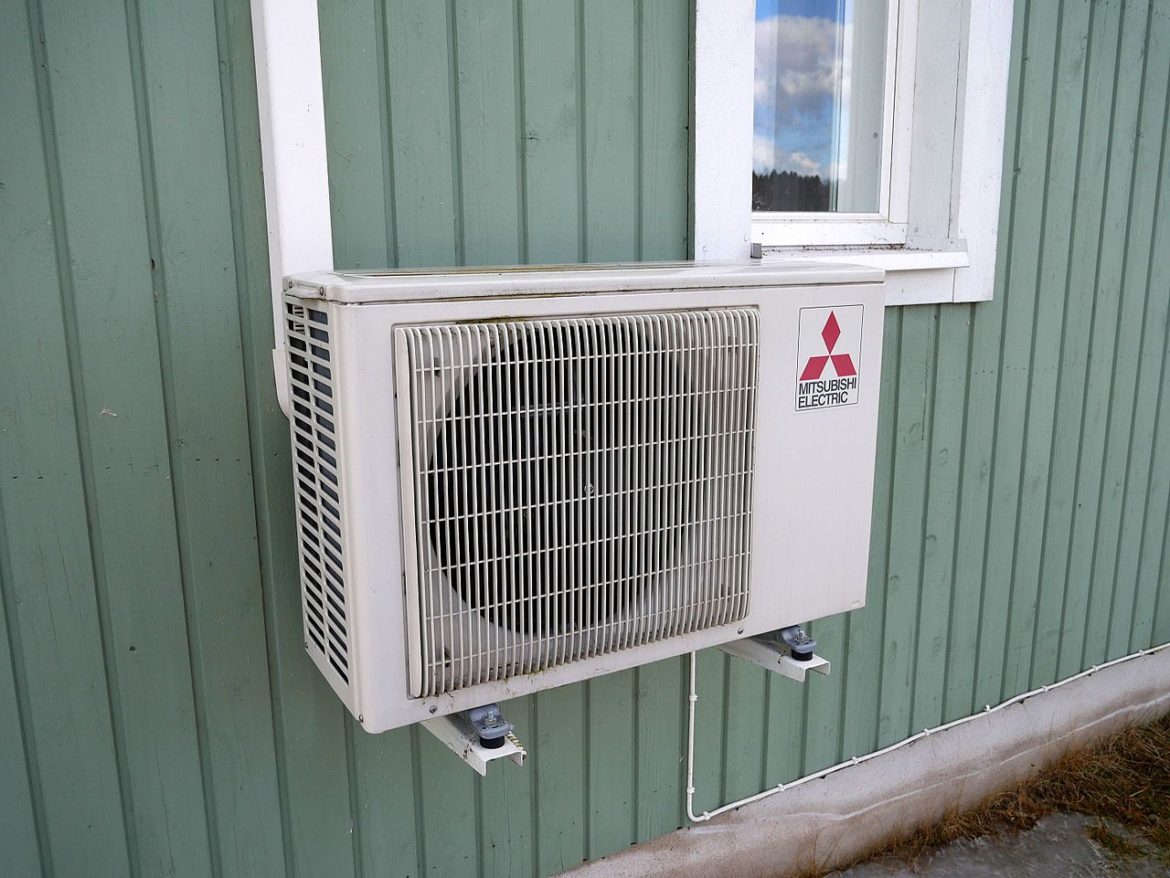 Photo Credit: Santeri Viinamäki / Wikimedia Commons - An air source heat pump, like this one, work a bit like an air conditioner in reverse.

A consultant’s report on decarbonizing the heating sector emphasizes efficiency and renewables, but not heat pumps.

A state-commissioned analysis of how Rhode Island can decarbonize its heating sector over the next 30 years is drawing criticism for failing to recommend an aggressive plan for transitioning to electric heat pumps.

Prepared by the Brattle Group, a global consulting firm based in Boston, the report says that there is not yet a “clear winner” among decarbonized heating technologies. It cites “substantial overlapping uncertainty about the future economic attractiveness” of those technologies, including the comparative costs of renewable fuels, heat pumps and the clean electricity needed to power them.

The report recommends that rather than trying to advance any specific heating solution, Rhode Island should spend the next 10 years studying various pathways and making progress on related fronts, like energy efficiency and renewable electricity.

“The most appropriate and most economical decarbonized heating solution remains uncertain, and may depend on a customer’s unique circumstances,” the report’s authors concluded.

That go-slow recommendation comes as some environmental groups are advocating for widespread heat pump adoption in the Northeast to reduce greenhouse gas emissions. The Acadia Center, for example, recently put out an overview of specific policy measures that states can put in place to develop the market for and accelerate the transition to heat pumps.

Such programs are growing rapidly in the U.S., with current year budgets of nearly $110 million, a 70% increase over the prior year, according to the American Council for an Energy-Efficient Economy.

“We know that heat pumps are the most straightforwardly carbon-free way to heat and cool a house, and there are also a number of health benefits associated with them,” said Matt Rusteika, a senior policy analyst in Acadia’s Boston office. “We’re focused on building up the policy interventions that are going to bring down the cost of heat pumps, which are still a pretty new technology.”

One is the report’s contention that because heat pumps perform less efficiently at very low temperatures (below 5 degrees), widespread adoption could result in “extremely high” peak electric demand and higher electricity prices on those few frigid days.

“The problem with that is that temperatures in Rhode Island rarely go below 5 degrees,” Mejia said. “It overemphasizes those few hours. You can use load management techniques to deal with those hours.”

The other is the report’s prediction that the high upfront cost of the technology, including installation, will only drop by about 2% per year. Mejia and Rusteika called that estimate too conservative, and said that state incentive programs and other market development activities would drive down the cost more quickly.

“We’ve seen it with solar,” Rusteika said. “A number of overlapping policies have created a favorable atmosphere, with net metering being a big one, as well as renewable portfolio standards. That’s how you get the ball rolling.”

Overall, Mejia said, “there’s a lot of good stuff in the report. It just sort of gets minimized in the big, overarching recommendation to not commit to any one technology at this point.”

The report was conducted for the Rhode Island Office of Energy Resources and Division of Public Utilities & Carriers in response to an executive order by Gov. Gina M. Raimondo directing the agencies to develop a framework for transforming the heating sector by 2050. Heating accounts for roughly one-third of the state’s greenhouse gas emissions.

Asked for comment on the criticisms, state energy commissioner Nicholas Ucci said the report “is a valuable input to a much larger conversation facing our communities, policymakers, industry, and other stakeholders as we seek to reduce greenhouse gas emissions across our economy while ensuring that Ocean State families and businesses have access to safe, affordable, reliable, and clean energy solutions.”

He noted that incentives and financing to support heat pump adoption are available through utility-run energy efficiency programs in Rhode Island, and said his office recently allocated $2.7 million in Regional Greenhouse Gas Initiative funds toward those efforts.

Last year, about 530 utility customers participated in the heat pump incentive programs, according to the American Council for an Energy-Efficient Economy.

The Brattle report’s other recommendations include continued investment in improving the energy efficiency of buildings, enacting policies that reduce the carbon intensity of all heating energy sources, tightening efficiency requirements for new construction, and developing training programs for installers of decarbonized heating technologies.

Rusteika expressed hope that the state still might set specific targets for heat pump adoption, as Maine has done.

“We’ve been really impressed with the Raimondo administration’s willingness to tackle this issue in particular,” he said.