Cost, comfort emphasized as building electrification takes off in Colorado 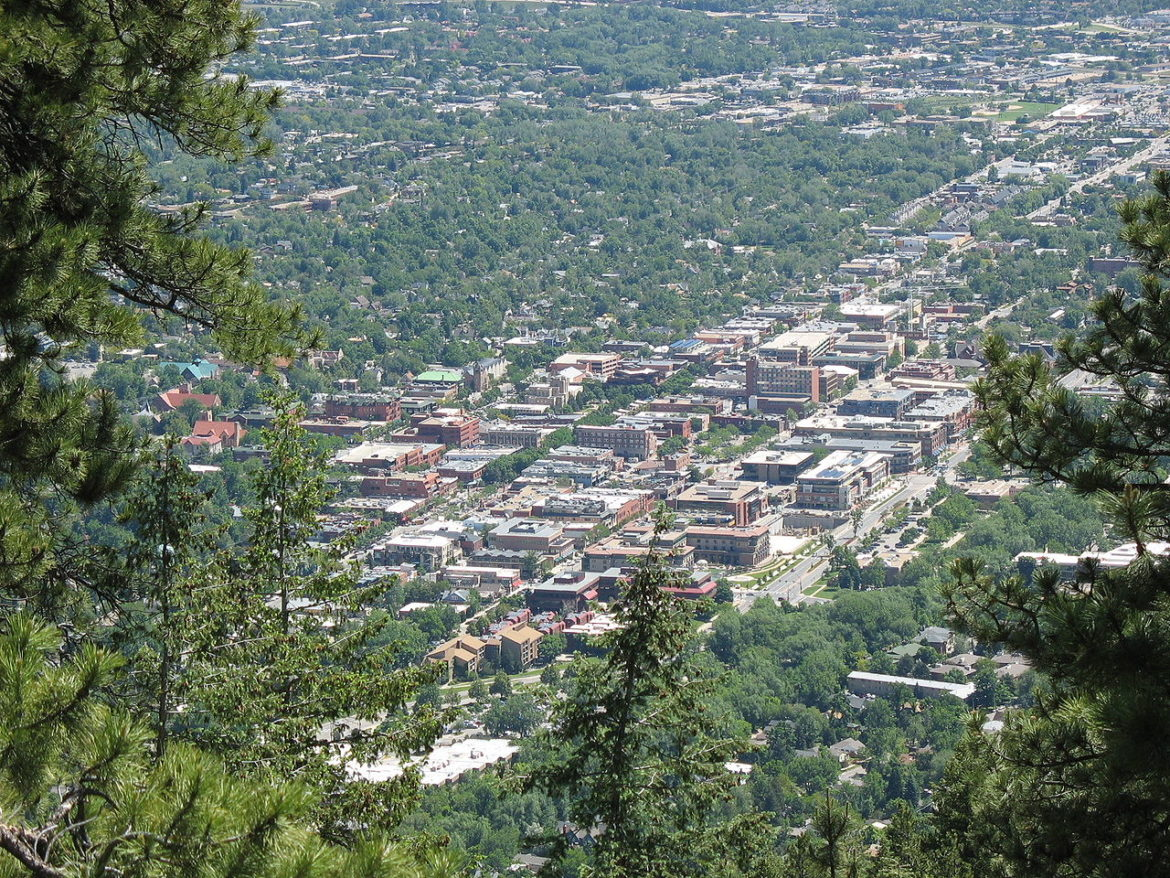 Comfort, not climate, is the central message of a campaign in Colorado to persuade homeowners to switch from natural gas to electricity for heating and other indoor purposes.

The joint program sponsored by Boulder and Boulder County, called Comfort 365, may provide insights for state legislators as they consider how to drive down emissions from the built environment in order to achieve the sobering goal of wringing carbon out of 90% of the state’s economy by 2040.

“For us to meet our carbon reduction goals, we have to take as many of the fossil fuels as possible out of the equation, and that includes natural gas and propane,” said David Hatchimonji, manager of Boulder County’s EnergySmart Residential Program.

Boulder County, which stretches from cornfields of the Great Plains to the Continental Divide, set a goal of 90% reduction by midcentury. Boulder, the county’s largest city and a partner in the program, aims for 80%.

“Why ‘Comfort 365’ as opposed to ‘Carbon Reduction 365’ or ‘Save the World 365?’ We want to convey that the technology can result in a much more comfortable home and, all things considered, a safer home in that you don’t have the air quality issues associated with carbon monoxide and other contaminants that come from natural gas use,” Hatchimonji said.

“We want folks to save energy, to be able to have a positive impact on their environment. Their families can be warm in winter and cool in the summer with a heat pump.”

This messaging fits in with the ambitions of state Rep. Chris Hansen, a key architect of Colorado’s sweeping energy legislation in the last session. He says he may sponsor a bill that would require builders to offer homebuyers clean-heating options, such as electric water heaters. Colorado in 2016 required builders to offer a solar-ready option.

Colorado expects to dramatically reduce emissions from power generation during the next decade as coal units continue to close — at least three and possibly more by 2025 — and adoption of renewables accelerates. Transportation is poised to become the largest source of emissions, but Colorado has also taken steps to accelerate adoption of electric vehicles.

Buildings would then become the largest source of carbon emissions, which is why Hansen believes action is needed now. He’s met with representatives of the Colorado Association of Home Builders and other groups to talk about potential legislation.

In September, Hansen and other members of an interim legislative energy committee toured a 27-unit affordable housing project under construction in Basalt. Hansen said one takeaway from that tour of Basalt Vista was that comfort need not be sacrificed. A second takeaway: it won’t ding homeowners with higher utility bills. Just the opposite. The evidence is of “drastically lower energy bills.”

“The key to Colorado being successful in this transition is that we can’t ask people to lower their quality of life,” Hansen said. “We need to do things that people can be comfortable with, so their homes will be comfortable — that they will have hot water in the morning. We are not taking anything away. We are just asking them for the functions to be fulfilled in ways that are more environmentally friendly.”

The Colorado Energy Office has commissioned a study that Will Toor, the executive director, said will quantify the technical and economic potential of building electrification in Colorado and also explore the range of policy options to support electrification.

Environmental groups are said to be mulling their options, unsure where to push in the upcoming legislative session. “We are generally for building electrification incentives, but we are also cautious about state mandates on local governments,” said Tom Easley, policy researcher for Colorado Communities for Climate Action, which represents 29 jurisdictions that collectively have one-seventh of the state’s population. “We need to be careful about that.”

Laurent Meillon, of the Colorado Renewable Energy Society, expects minimal opposition from powerful investor-owned utilities to building electrification. They make little money on natural gas sales, unlike electricity. Tri-State Generation and Transmission and other utilities have formed a chapter of the National Beneficial Electrification League.

A new study will also likely play into the discussion. A study commissioned by Community Energy found that Colorado can substantially overachieve the greenhouse gas emissions reduction required by a new law through 2050 by electrifying other sectors and carbon-constraining the electricity system, shutting down its remaining coal plants sooner rather than later. The study by Chris Clack’s Vibrant Clean Energy found this deep decarbonization scenario will result in economy-wide emission reduction of 70% by 2040 as compared to 2005 levels.

The shift from gas to electricity in Colorado is reflected in policies of the Carbondale-based Community Office for Resource Efficiency. The group encourages the shift to low-carbon energy solutions in the Aspen area.

“We don’t even offer a rebate for [high-efficiency] gas hot water heaters this year,” said Mona Newton, the director. Instead, CORE offers $2,500 rebates for fuel switching to electricity. Cheap and plentiful natural gas has discouraged widespread adoption, but workforce expertise with components of all-electric houses must improve, she said.

In the Denver suburb of Arvada, developer Norbert Klebl pushes the health benefits of the 20 all-electric homes he has completed in the Geos neighborhood. “Putting gas into the home is unhealthy,” he said. “It burns up oxygen and also produces carbon monoxide.”

Klebl also talks cost savings. Geos homes cost 8% more up front but save between $1,200 and $2,400 annually on utility bills, he said. And with Xcel Energy, the electrical supplier, promising 80% clean energy by 2030, he can make a claim for vastly reduced climate impacts.

Golden-based architect Peter Ewers decided this year to make all-electric buildings the sole focus of his practice. “We have to stop locking natural gas into the lifetimes of these buildings,” he said at a recent Colorado Renewable Energy Society meeting. Strides in technology have improved, and he believes all-electric buildings will be the rule, not the exception, by 2030.

Most impressive may be plans in Pueblo, Colorado’s steel mill city. There, no natural gas lines will be laid into North Vista, a subdivision authorized to develop 4,860 units. Mobilization of earth-moving equipment at the site of the first 162-unit component, called North Vista Highlands, began this month. The builder, Rod Stambaugh, instigated the no-natural gas plan for the smaller component, but master developer David Resnick has since made the decision for the larger project. He cites health as driving the decision, not climate.

In Boulder, the university city of 107,000 people, the city’s climate action plan targets homes. “Because the technology is there today, it is easier to retrofit residential homes than large commercial buildings,” said Carolyn Elam, energy manager for Boulder’s climate initiatives. “As technology continues to mature, then it will be more conducive to retrofit the commercial building stock.”

The city also has a mandate that new or reconstructed houses larger than 5,000 square feet be net-zero. Meeting that requires a combination of design, insulation and electric space heating. It can only be achieved by eliminating the use of natural gas.

“Since our code went into effect [in 2017], about half of the homes constructed in Boulder have gone to air- and ground-source heat pumps,” Elam said. “And in 2020, our goal will be to lower the net-zero requirement to 3,000 square feet. That means that almost all new homes will have with electric HVAC [heating, ventilating and air conditioning].”

Retrofitting the building stock will be a “much larger challenge for us,” Elam said. Retrofitting an existing house that is not otherwise being remodeled to replace a furnace that burns natural gas becomes prohibitively expensive for lower and middle-income residents, she said.

More and more early adopters are making the switch, but to push out natural gas even more Boulder has been looking at alternative models, such as used in Europe, where the utility owns the HVAC equipment and is responsible for the replacement. The cost goes into the rate structure, to be paid out in a 20-year term.

Newton, of the Community Office for Resource Efficiency, has been in the energy sector for 25 years, long enough to see swings, at first against natural gas and then in favor of it. “This time, I think the pendulum will stay on the electrification side,” she said. “We are not picking winners and losers. We are just picking the technology that makes sense right now to be powered by renewable energy.”