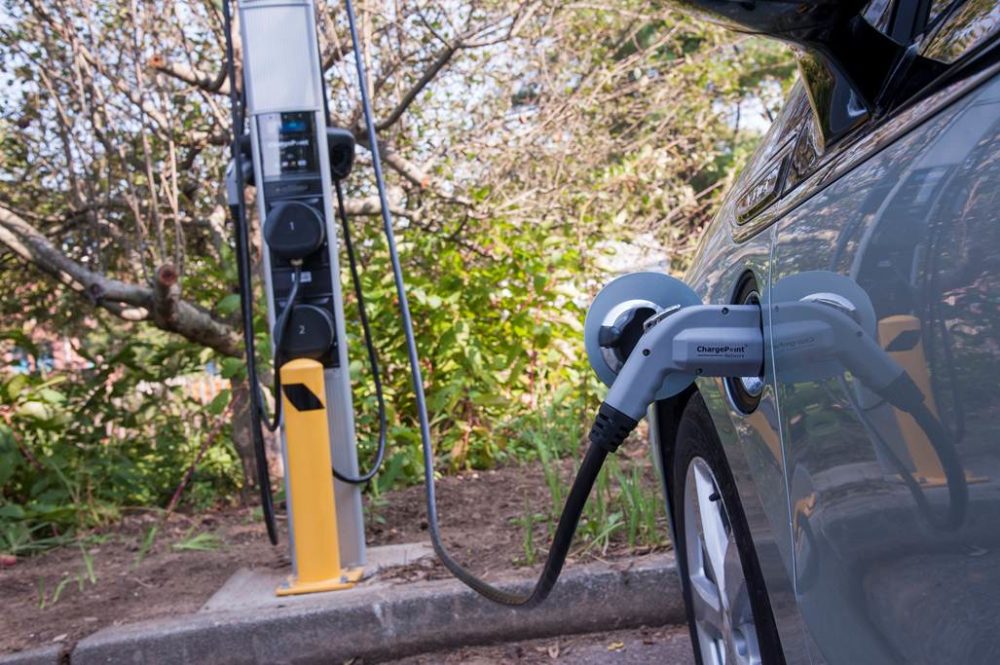 Placing charging stations in less affluent areas is among the recommendations to address equity in a draft report on accelerating electric vehicle adoption in Connecticut.

State energy officials are considering several approaches to ensure investments are spread equitably across the state.

A recent draft report makes a number of recommendations for a more inclusive rollout, including larger rebates for low-income car buyers and requirements for utilities to place charging stations in less affluent areas.

Some say the plan doesn’t do enough to address equity. In written comments submitted to the Department of Energy and Environmental Protection, which released the draft, the Connecticut Electric Vehicle Coalition called the equity recommendations too minimal given that “low-income and minority communities are often among the worst affected by air pollution.”

But the report suggests that the equity discussion will be ongoing. It cites plans for the department to join with transportation officials to hold public “listening sessions” to hear firsthand from residents of low-income communities about how electrified transportation can best meet their needs — perhaps, for example, by giving their neighborhoods higher priority for electric buses.

A final report is expected in early December. The state Public Utilities Regulatory Authority is also conducting a major review of how best to integrate electric vehicles onto the grid and plan for the necessary infrastructure upgrades.

As one of nine states that have signed on to a zero-emissions vehicle memorandum of understanding, Connecticut has already committed to getting at least 150,000 zero-emission vehicles on the road by 2025. The draft roadmap raises the bar, calling for 500,000 by 2030.

Connecticut’s existing rebate program for electric vehicle purchases has issued more than 5,300 rebates totaling about $10 million since 2015. But most of those rebates have gone to buyers who are well off enough to afford Teslas, which start at around $35,000.

The draft report recommends broadening the program’s reach by offering an extra rebate, on top of the base rebate, to income-qualified buyers.

“That is a helpful way to deal with equity,” said Karen Glitman, director of account management and business development for the Center for Sustainable Energy, which manages electric vehicle incentive programs in five states, including Connecticut. “It does seem to make the vehicles more accessible for the targeted populations.”

For example, she said, California’s rebate program has both an upper-income cap and a low-income “booster.” Buyers with household incomes at or below 300% of the federal poverty level (less than $50,730 for a family of two) are eligible for the increased rebate.

In a survey of lower-income rebate recipients who purchased through the program in 2016-17, 56% said the rebate was extremely important for their ability to buy. Sixty-two percent said they wouldn’t have purchased without it.

Legislation passed in Connecticut last year also requires that the rebate be extended to include purchases of used electric vehicles. Those vehicles can often be had for as little as a third of the original manufacturer’s price, according to Consumer Reports.

“When you think about access and equity, including a used vehicle program has a lot of value,” Glitman said. “And it also helps the overall market transformation.”

As electric vehicle sales ramp up, so too must the state’s charging infrastructure. The draft report says the department will recommend to utility regulators that the electric utilities be allowed to spend ratepayer money on what are called “make-ready” investments for the charging network.

Under that model, the utilities make the necessary electrical infrastructure upgrades to ready a site for a charging station. Installation and ownership of the charging equipment is left to the private sector.

Because private investment in charging infrastructure is likely to lag in less-affluent communities where electric vehicles are slower to catch on, the department is recommending that utilities be allowed to both own and operate charging equipment in underserved areas. The report calls for regulatory authorities to consider setting minimum requirements for utility investment in low-income communities.

At a recent public hearing on the draft report, Victoria Hackett, the deputy commissioner of energy, said the state “must ensure that buildout of the charging infrastructure is equitable.”

But lower-income areas won’t necessarily be wholly underserved by the private sector, said Jonathan Levy, vice president of strategic initiatives for EVgo, which operates a nationwide, public fast-charging network, including 20 chargers in Connecticut.

“What we see is that density is a really good indicator for places where you want to put public fast charging,” Levy said. “Where utilities can be more helpful is in rural areas, where you have low density and low adoption.”

He noted that electrified ride-share is another way to expand access to the benefits of electric vehicles. He cited research by Lyft showing that 44% of the ride-hailing company’s rides start or end in a low-income area, which suggests that electrifying those rides could help reduce emissions in those areas.

Lyft recently announced that it will make 200 electric Kia Niros available for lease to its drivers in Colorado. The program followed a change in state law that made the electric vehicle tax credit available to rental businesses and businesses with fleets.

Kevin Miller, director of public policy for ChargePoint, which sells charging equipment and network services, also said that Connecticut’s focus shouldn’t only be on getting more electric vehicles to individuals in lower-income areas. Electrifying school buses, sources of public transit, and industrial vehicles is also important in communities disproportionately impacted by emissions, he said.

A law passed earlier this year sets goals for electrification of the state’s public fleet of more than 3,500 vehicles. At least half of all cars and light duty trucks and 30% of all buses purchased or leased by the state must be zero-emission vehicles by 2030.

A recent draft report makes a number of recommendations for a more inclusive rollout, including larger rebates for low-income car buyers and requirements for utilities to place charging stations in less affluent areas.

While it's great to have a more even spread of the chargers, obviously having them there and have the EVs still not be affordable is the definition of a half-measure