California's power is expensive and polluting - but doesn't have to be

Here's a piece published by an LA friend of mine, Carl Wurtz, regarding CA power prices:

The State of California plan is to replace Diablo Canyon Power Plant (DCPP) mostly with Wyoming coal-fired generation but to obscure the nature of the replacement power until Californians can't stop the state. On a 24/7 basis, the replacement power must be as reliable as DCPP to power the state's life-sustaining infrastructure for pumping and treating water, powering hospitals and first responder infrastructure, and the state's 39 military bases, etc. (DCPP has the unique ability to provide rivers of desalinated water.)

There is more to this picture than Clean power. There is also a safety and cost factor. Nuclear has proven to be the most expensive power ever created. It is also the most dangerous. I live near a triple reactor that consumes 60 million gallon of water a day in the desert. I will gladly pay extra for clean, safe  renewable power.

Seems you live near Palo Verde, eh Jim?  Does the water it uses to cool its steam turbines (like a coal or gas plant does) disappear?  Do you know what Palo Verde does so you and its neighbors have water to drink?  Why don;t you go find out and report back?

While there, kneel and kiss the ground at the plant's entrance in appreciation for what the plant and its workers give you and millions others every day.  ;]

Nuclear around the world is the safest form of generation, as well as the least consumptive of raw materials and the least polluting, even compared to wind.solar. Example: https://tinyurl.com/44uv49z3

While I agree that  California should keep its nuclear plant open, new nuclear is at best a minor part of  decarbonisation

The best the world has ever done at nuclear is install approximately 12 GW in one year. While US nuclear plants average 90% capacity, that is very unusual in world terms where the average is around 75% so 12 GW is equivalent to 70 TWh/y. Given the lead times involved in nuclear it will take at least ten years before we could reach that target, let alone double or triple it.

It is true that wind and solar require more mining to build than nuclear but because most nuclear ores are less than 2% uranium, the average nuclear plant needs about 20,000 tonnes of mining per year/GW, within 4-6 years the mining balance is restored so over the life of the plant Nuclear requires more resources than wind and solar, even if the wind and solar plants are repowered. Then there is the question of water. Nuclear power plants with cooling towers use 20 GL/y/GW. i.e. each nuclear plant uses more water than a city of 100,000 people and or heats water in rivers, lakes and the seaside by 8C, killing any fish larvae and micro-organisms that happen to get sucked into the intakes.

Nuclear may be a key part of a zero carbon energy system but it won't be a big part. Even in China nuclear power generation was 60% greater than wind and solar combined in 2010. This year to the end of July wind and solar provided 220% more energy than nuclear

Are you an engineer or scientist?  Why then has China committed to building 150 more reactors in the next 15 years?  Do you think them stupid?  They just announced keel laying for a floating reactor, ass Russia has already.

And, china has already flattened their emissions per capita curve, mainly via nuclear.

Subject solar and wind to the same regulatory and environmental standards and review applied to nuclear and it too will take 12-15 years for approval and become much much more expensive.

a. Yes I am an engineer with qaulifications in economics as well

c If China builds 150 reactors in 15 years, they will produce about 1,800TWh/y in 2038 for a total of less than 2,200 TWh from nuclear as the oldest plants retire. They are adding 270 TWh/y every year from wind and solar. They will be producing 2,200 TWh from wind and solar by 2027 at the current rate of installations.  Further while China has been announcing long term plans for nuclear and renewables for years, the wind and solar targets have usually been exceeded while they have missed nuclear targets. In 2010 the 2020 nuclear target was 86 GW. At the end of June installations were still no more than 55.8 GW while wind and solar will be 370 GW and 410 GW respectively.

Producing xTWH over less than half the hours and 0 over more than half is somehow better than nuclear/hydro/geo producing every hour, Peter?

What kind of engineer are you, Peter?  Is that the kind of unreliable power ok for your local hospital or brewpub?  ;]

Your fundamental assumption of zero carbon is deeply flawed and based on essentially a religious belief. The assumption that CO2 is the main driver of climate is nonsense.

The climate is driven by complex planetary energy transfers of the incoming/outgoing solar energy. CO2 is a minor player completely overwhelmed by much larger fundamental considerations of heat transfer.

The green energy mafia advocates spending trillions of dollars on a claim that cannot be proved. How convenient.

Deploy energy resources based on the criteria of reliable, reasonably clean, and reasonably cost effective.  The mix of the appropriate resources depends heavily on location.

I said nothing about CO2 levels rather the technology balance between wind/solar and nuclear. Nuclear power output this year will be lower than last year as increases in China and Korea will be more than offset by falls in Europe and the USA while wind and solar will increase by around 12%

Quite clearly, there is a movement to use 100% green energy (A.K.A. Zero carbon). That movement drives strategic decisions based on emotions, as opposed to logic based on fundamental considerations. Claims that we must use green energy to keep the planet from warming are based on a belief that cannot be substantiated (it is too hard to figure out).

I advocate deploying energy resources based primarily on economics. That mix includes green energy, fossil fuels, nuclear energy, hydro. The resource mix is highly dependent on location. I also advocate avoiding hysterical overreaction to CO2. Technology and economics inherently lower CO2 emissions as the marketplace pushes profitability.
The current irrational stampede for green energy has significantly driven consumer energy costs up, not down, as readily demonstrated by Germany and California.

I'm not sure I've responded to some of the questions about costs related to wind/solar in CA.  Here's the CA Comm. on Science & Technology in 2011... 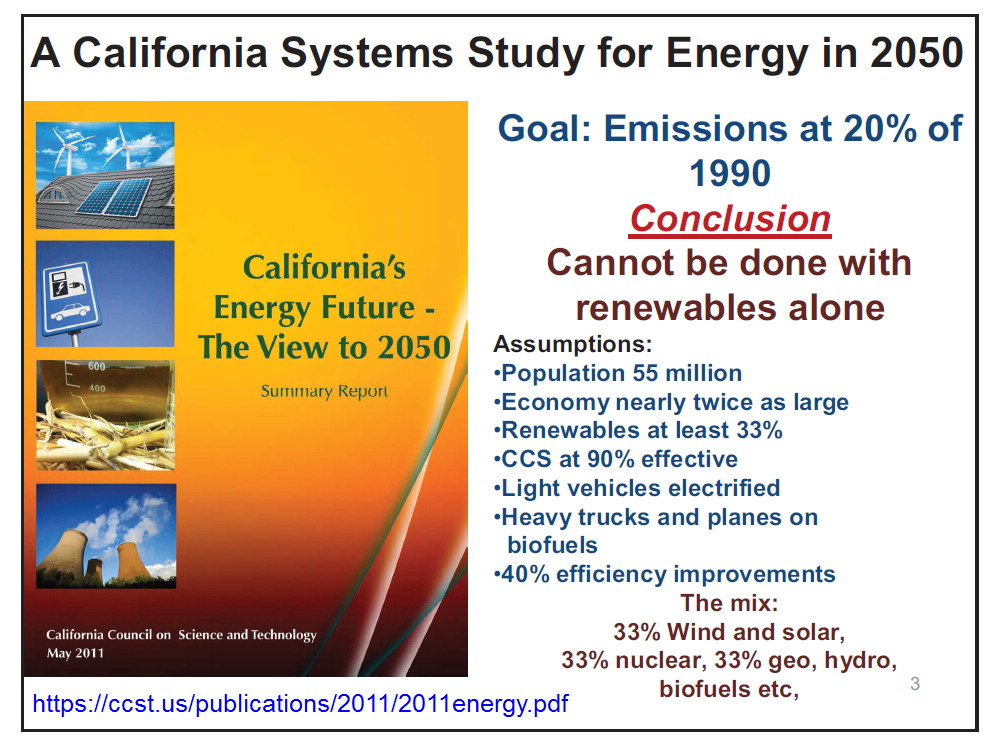 Study after study finds that

A toolbox for the EU’s energy crisis

In this episode of Watt Matters, we make sense of the short and long-term measures that Brussels is proposing to alleviate Europe's energy price crisis and its impact on the EU's energy companies.

There’s a lot to cover in the Grid Tech space, a significant influx of capital, evolving regulations and innovative technologies are changing the way power is being delivered. In this series we look at the hundreds of vendors, use cases and..

Jim commented on ...
Making grid energy storage a reality?
Those temperatures sound like trouble. QUOTE= At room temperature, Ambri’s cell is non-conductive and its active materials are solid metals and a...

Kent commented on ...
What is it about hurricanes that start with the letter 'I'?

Matt commented on ...
‎The HC Insider Podcast: Solar Flares (and how I learned to stop worrying about the bomb) with Edl Schamiloglu on Apple Podcasts
Why is it that we haven't seen a major grid event yet because of these? Is it just a matter of waiting for the 'big one' so to speak?
Energy Central Jobs
Featured Jobs
More Jobs