The energy sector continues to face various challenges as a whole. Most of the reports tend to focus on the production segment of the industry leaving out the other end that deals with the distribution. This is the section of the market that utility companies serve.

I have written a few op-ed contributions talking about how green energy could influence the long-term future of the energy sector. I have at times posted opinions that inclined in favor of green energy eventually taking over from fossil fuels. But I am yet to discuss how the same could affect utility companies. I am going to use this write-up to try to address that. 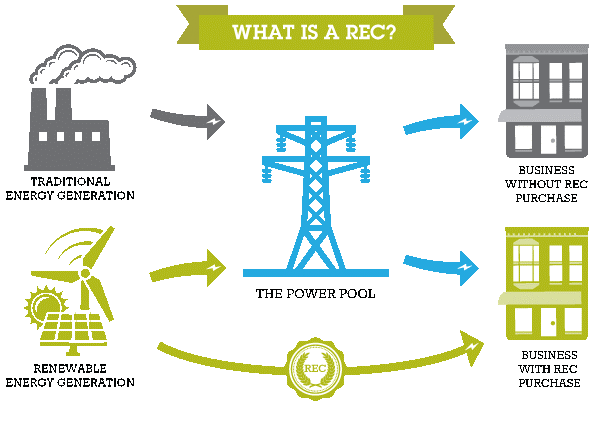 The rapid adoption of green energy coupled with the latest technological evolutions could be threatening to end businesses of several utility companies. This will become a reality in the near future if more people continue to adopt clean energy as their source of power. The residential segment of the market has already shown great promise in this respect.

More homes are now built with solar power in mind, whereby their roofs are fitted with solar panels to supply renewable energy. One of the long-standing challenges of solar power has always been about storage, which has proven to be a huge bottleneck. Residential properties are able to meet their energy needs using solar power only at certain times of the day. Seasons with fewer days of sunlight are also a challenge.

However, according to a report published last year by MarketWatch, Elon Musk’s Power Wall battery could soon solve that problem. While initially intended for the purposes f plugging in Tesla’s Electric vehicles to charge overnight, these batteries are increasingly becoming multi-purpose and their capacity could be expanded to store enough energy for overnight lighting and heating.

As such, utility companies could soon begin to see a reduction in the number of homes subscribed to their services, which could dent their revenue potential.

The corporate sector is no longer a sure bet

And when we turn focus to the corporate sector, recent developments suggest that utility companies cannot bet on private companies to remain loyal for the long-term. Several companies have been heavily investing in green energy by purchasing Renewable Energy Certificates RECs. reports now indicate that in a few years, giant technology companies like Amazon and Google could soon diversify their operations so that they can begin to distribute electric power.

Amazon has already demonstrated that it has the capability to expand to other industries, which means that it is only a matter of time before the utility sector becomes part of its growing portfolio of services. Small corporations are also embracing the same trend with some now powering their offices entirely with green energy that they collect from their rooftop solar panels.

In summary, utility companies have one card to play. They have to embrace green energy or they could soon be out of business. The MarketWatch report predicts that this could happen within the next 10 years amid the rapid adoption of renewable energy.

In another report, it is forecasted that by the year 2030, there will be over 100 million electric vehicles on the road. This puts gas stations in the spotlight to install electric charging points. Failing to adapt to the paradigm shift is not an option.

In summary, utility companies have one card to play. They have to embrace green energy or they could soon be out of business

This seems like a no brainer, embrace green or the market AND regulations are going to force it, and it's of course better to be ahead of the curve.

But I don't think that's all-- utilities also need to embrace the new type of role they have with customers (across commercial, residential, and industrial). They are no longer just the once per month touch point to pay the power bill, but there are more frequent check ins that can be done and new ways to interact with utilities-- TOU rates, demand response, EE programs, sharing smart data, being a trusted energy advisor on installing solar or EV chargers, etc.