Amid energy transition in Michigan’s Upper Peninsula, what is solar’s role? 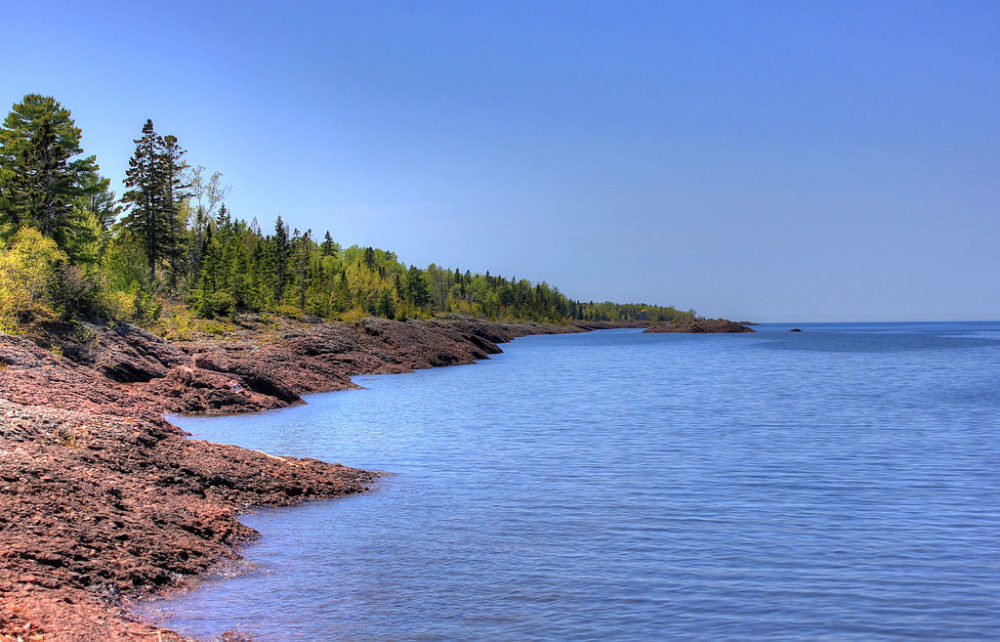 Michigan's Upper Peninsula is a 320-mile-wide, sparsely populated region connected to northeastern Wisconsin and surrounded by Lakes Superior, Michigan and Huron. Electric rates in the area are some of the highest in the continental U.S.

The Upper Peninsula Power Co., which has some of the highest electric rates in the continental U.S., is looking to buy power from a large-scale solar project it says would help reduce costs for its customers.

The 125-megawatt array would be the first large-scale solar project in the Upper Peninsula, a 320-mile-wide, sparsely populated region connected to northeastern Wisconsin and surrounded by Lakes Superior, Michigan and Huron. The proposal is a key component in the utility’s long-term plan to significantly expand its renewable energy portfolio.

While the proposal faces headwinds from some local residents opposed to a massive project that could occupy hundreds of acres of farmland, it could spark a shift in the U.P.’s energy future that until now has been dependent on natural gas to replace coal. Local officials are still considering the project.

Meanwhile, the utility — commonly known as UPPCO — separately faces pushback from customers who say it’s limiting their ability to install their own solar projects at homes or businesses.

UPPCO’s case reflects trends elsewhere in Michigan where utilities are pursuing large-scale projects while at the same time being accused of limiting small, customer-owned projects.

“It’s much more acute and much more divisive here than it is downstate,” said Joshua Pearce, an engineering professor at Michigan Technological University in Houghton. “[UPPCO] hates distributed generation, but they love making money.”

Pearce questioned UPPCO’s motives for contracting the 125-megawatt Chandler solar project in Escanaba Township. The utility says the project will save ratepayers $20 million over the 25-year contract while Pearce argues most of those savings will be realized by shareholders of Basalt Infrastructure Partners, UPPCO’s private equity firm holding company in London.

The 125-megawatt Chandler project is pending before local officials in Escanaba Township, near the southern coast of the U.P. along Lake Michigan. According to the Midcontinent Independent System Operator’s interconnection queue, another 100-megawatt solar project is proposed near Chandler.

French said UPPCO evaluated 34 different power supply proposals from more than a dozen developers. The company had a preference for projects in the U.P. and, specifically, its service territory.

The price UPPCO would pay for energy and capacity from the Chandler project is lower than other anticipated options, which French said would help drive down rates for all customers — to the tune of $20 million over 25 years. Advocates don’t dispute the potential savings.

“When you combine the two, we believe we’ll have largely supplied our capacity needs for customers for many years to come,” he said, adding that the utility isn’t anticipating more utility-scale solar at this time.

UPPCO’s plan to rely on a relatively large addition of solar to its portfolio matches utility trends elsewhere in the state, including the state’s largest utility, Consumers Energy.

But also like Consumers — and DTE Energy — the utilities say large-scale is more efficient and cost-effective to build or buy than customer-generated solar. It’s creating tension between utilities and their customers who want to add solar to their property.

“For rooftop solar, the price does not compete,” Poppe said.

Under 2016 state energy laws, utilities are required to file new distributed generation plans to replace net metering as a way to compensate customers who generate solar and send excess power to the grid. State regulators approved DTE’s new program in May at rates below net metering but far higher than DTE initially proposed. Consumers is expected to propose a distributed generation program in a rate case early next year.

UPPCO, meanwhile, is unique. It’s the only Michigan utility to hit the previous 1% cap on the amount of capacity that qualifies for net metering. In a rate case approved in May, UPPCO agreed to increase the cap to 2%. But it also reduced the value it credits customers who send excess power to the grid. Existing net metering customers are grandfathered in for 10 years.

UPPCO’s relatively high rates make customer interest in solar more pressing, advocates say. Pearce adds that the rate of return for solar generators is still good enough to pay for the upfront investment. He predicts the “arbitrary” 2% cap will be hit within the next year.

While Pearce agrees a large-scale solar buy would be beneficial for customers, he and others question the intentions of the private equity firm owner.

“You could save much more if you could have net metering and install it yourself,” Pearce said. He and others have documented in recent years the increasing likelihood that UPPCO customers would simply defect from the grid.

“It’s now profitable to not be part of the grid if you live in the U.P., essentially,” he said. “The big question is: Do people have enough capital to do it?”

The ongoing debate over solar power is another chapter in the U.P.’s years-long debate over its energy future. Five years ago, the state became closely involved in negotiating a solution for displacing an aging coal plant in Marquette that was costing ratepayers in Michigan and Wisconsin to keep online. Now, state officials are examining the region’s propane supply in light of a contentious debate over the Line 5 pipeline.

In June, Gov. Gretchen Whitmer appointed the 19-member U.P. Energy Task Force to examine propane and other energy issues in the peninsula. The group has been meeting since July, “assessing the U.P.’s overall energy needs, formulating alternative solutions to meeting those needs, and identifying potential changes to the energy supply and distribution in the U.P.,” said Nick Assendelft, spokesperson for the state Department of Environment, Great Lakes and Energy.

The task force will submit an initial report by March 31 on alternative ways to supply propane, which Assendelft said has been the focus of the group so far. While solar potential “may be addressed in some way” in that report, “a deeper dive into the potential of solar in the U.P.” will likely be in a final report due by March 31, 2021, he said.

“There is a growing interest among developers in large solar projects in Michigan, however, we are seeing that interest is primarily in the Lower Peninsula,” Assendelft said, referring to plans by Consumers Energy and DTE Energy.

Jenn Hill, a city commissioner in Marquette and member of the U.P. Energy Task Force, said the 125-megawatt Chandler proposal signifies a shift in “how quickly times change and how affordable this technology has become. It is now the first option to go to. The transition we saw coming is right here now.”

She noted that Marquette operates a community solar project, and the city of L’Anse recently approved plans to install solar at a wastewater treatment plant. The city of Escanaba plans to expand a 1-megawatt project at an airport. Elsewhere, communities will need to develop land-use strategies if they want to accommodate future large-scale projects.

Hill, who is also a board member of the ratepayer advocacy group Citizens Utility Board of Michigan, added that solar has the potential to be an economic development tool in communities. But answers to questions about who owns the power are still being explored.

“Locally owned, smaller-scale solar achieves different goals than big utility-scale,” Hill said. “There are different ways of getting paid for it but it’s entirely viable at these different scales — we do need to talk about what that means.”

Prudent reminder that energy projects (clean or otherwise) are a business and they are (arguably, rightfully) going to look out for their bottom line first and foremost, even if it 'eats' other projects of the same technology. These are businesses driven by making money first, and ushering in the clean energy transition second. Sometimes it's easy to forget how big that gap is between first and second.