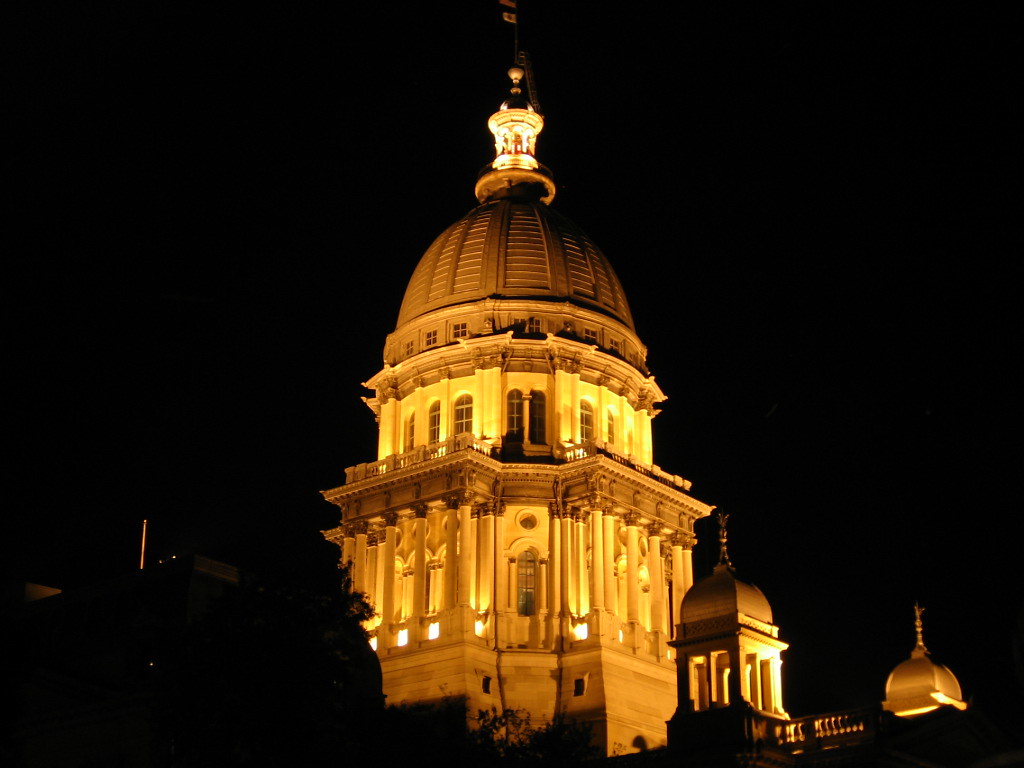 Dramatic music plays as a mother wakes a child and a graduate throws their cap. “Illinois was promised a clean future, clean energy, clean jobs. But all ComEd and Exelon gave us was dirty politics.”

So says a TV ad aired in Illinois last summer, the work of a group called the Clean Energy Transition Project that has spent more than a quarter million dollars on social media and TV advertising in Illinois in recent years, according to research by Capitol Fax and clean energy groups.

The debate over proposed energy legislation promises to accelerate in the coming months as the state’s planned November veto session was canceled, and clean energy advocates and developers say it’s crucial to pass a bill that revives expiring state renewable incentives.

While the Clean Energy Transition Project claims to promote clean energy, it does not propose any specific policies, but rails against the scandal-plagued utility ComEd and its parent Exelon, owner of the state’s nuclear plants. CEJA backers see the campaign as a direct attack on their legislation, which includes proposed capacity market reforms that would benefit Exelon.

“They are definitely co-opting the messages of climate and clean energy,” said Illinois Environmental Council executive director Jen Walling. “They’re putting out negative and false information about our legislation. That’s terrible, and they’re doing it in such a way that it’s confusing and misleading the public. If the groups funding this want to get involved in the energy debate, this isn’t the way to do it.”

Lacie Newton, registered agent of the Clean Energy Transition Project, declined an interview and did not respond to emailed questions regarding the group’s funding and backers. She sent statements including: “Illinois has bold clean energy goals — this is a good thing. We simply believe that policymakers can craft legislation that achieves those goals without continuing to bailout Exelon and ComEd, especially during a time when people can least afford it.”

In a newspaper op-ed published in the downstate Pekin Daily Times, Newton praised some of CEJA’s goals but called for “critical questions” about subsidies for Exelon and about whether “provisions enacted through CEJA increase electric rates or make electricity less dependable?”

Originally Exelon and the coalition backing CEJA worked in alliance. Clean energy groups say they back the capacity market reforms Exelon wants since they would mean savings that could be invested in renewable energy. After news broke of a wide-ranging bribery and corruption scandal involving ComEd, the coalition vowed not to work with utilities or their parent companies.

“We are not working with the utilities. We want to see utility accountability,” Walling said. She said the Clean Energy Transition Project is “trying to put doubt into lawmakers’ minds about the intentions of this bill and connect us to groups that have been incredibly corrupt. It’s just false.”

Newton said the Clean Energy Transition Project commissioned a study, released in July, showing the proposed capacity market reforms, known as an FRR, would cost ratepayers more than $400 million a year, and “Exelon’s power and influence would increase substantially” as a result.

The solar and wind industries back a different bill, the Path to 100, and also generally oppose the capacity market reforms, arguing that the FRR wouldn’t help renewables and would be costly to ratepayers. While there’s been much acrimony between backers of the two bills, CEJA supporters said they do not think renewable industry forces are behind the Clean Energy Transition Project.

“If this is dark money from the fossil fuel industry, that seems the most likely scenario,” said Jack Darin, director of the Sierra Club’s Illinois chapter. “You have to assume they think their policies and values are not supported by Illinoisans; otherwise they would be a lot more forthright about who they are and what outcomes they want.”

Darin theorized that interests outside Illinois could be trying to influence the state’s legislation.

“Illinois is the largest state in the Midwest, and also historically a coal state,” he said. “We haven’t seen historically a major coal state setting a 100% clean energy goal. That would resound around the Midwest. Getting it done would echo through places like Michigan and Wisconsin and Minnesota. I can see why the fossil fuel industry would try to block Illinois from reaching these goals.”

In September, state Rep. Ann Williams, chair of the House Energy & Environment committee, sent a letter to Newton asking her to reveal the group’s funding and affiliations, reportedly without getting a response.

Referencing a federal probe involving “dark money” donors and alleged bribery and racketeering in Ohio, Williams wrote: “We’ve watched the recent scandal play out in Ohio, where utilities and fossil fuel companies like First Energy and Murray Energy were found to be funneling money through shadowy front groups that look and operate a lot like yours. I certainly hope the Clean Energy Transition Project is not yet another conduit for dark money from dirty coal and gas companies or their allies to influence the legislative process anonymously.”

Pete Quist is research director at the National Institute on Money in State Politics. After looking into the Clean Energy Transition Project, registered in Virginia, he said, “This is a group that’s difficult to find information on.”

He noted that the IRS doesn’t have forms publicly on file for the group of the type nonprofit organizations file, perhaps because the group is relatively new. Like many of the clean energy groups that back CEJA, it is likely a 501(c)(3) or 501(c)(4) organization, he surmised, with 501(c)(3)s facing stricter limits on lobbying and 501(c)(4)s allowed to “lobby as much as they want.”

“We’ve come across many groups like that in the last decade or so, particularly since the Citizens United decision,” Quist said. That notorious Supreme Court decision applied to elections, not legislative lobbying and ad-buying; a group like Clean Energy Transition Project could have operated even before that decision. But Citizens United “really changed the culture” so that nonprofit organizations with obscured donors and backers have become greater political forces, he said.

“In a democratic society, one of the things we have a right to and expect is to be able to see who is influencing policy,” Quist. “In a healthy marketplace of ideas, you can acknowledge your speakers. When a group comes in like this that is opaque and you can’t tell what interest they represent, that’s problematic.”