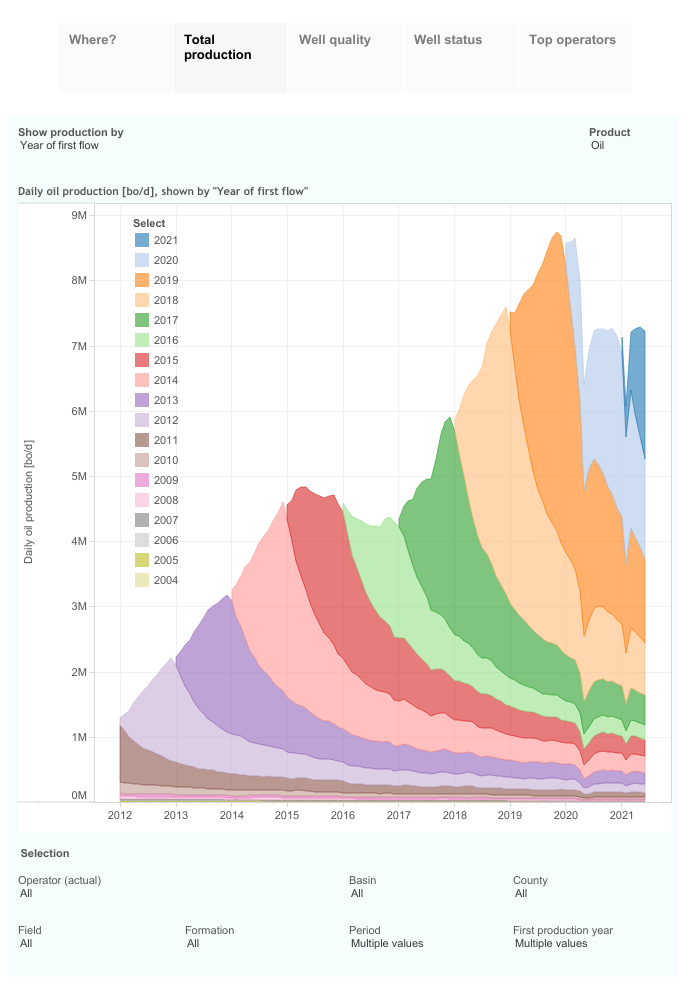 These interactive presentations contain the latest oil & gas production data from 151,164 horizontal wells in 13 US states, through June. Ohio & West Virginia are also included, as both have reported production through Q2.

US tight oil production was flat m-o-m in June, at 7.3 million b/d (after upcoming revisions). Natural gas production was above 82 Bcf/d, bringing it on par with the record high in November 2019. In the first 6 months of this year, fewer than 4 thousand horizontal wells came online in all the US shale basins, the lowest number in a decade.

The horizontal rig count in the Lower 48 states has steadily increased in the past 12 months, to 473 as of last week (according to Baker Hughes), the highest level since the end of April last year. Assuming no further changes in this count, nor in drilling or well productivity, we expect tight oil output growth to resume, albeit at a moderate pace. From our Supply Projection dashboard: 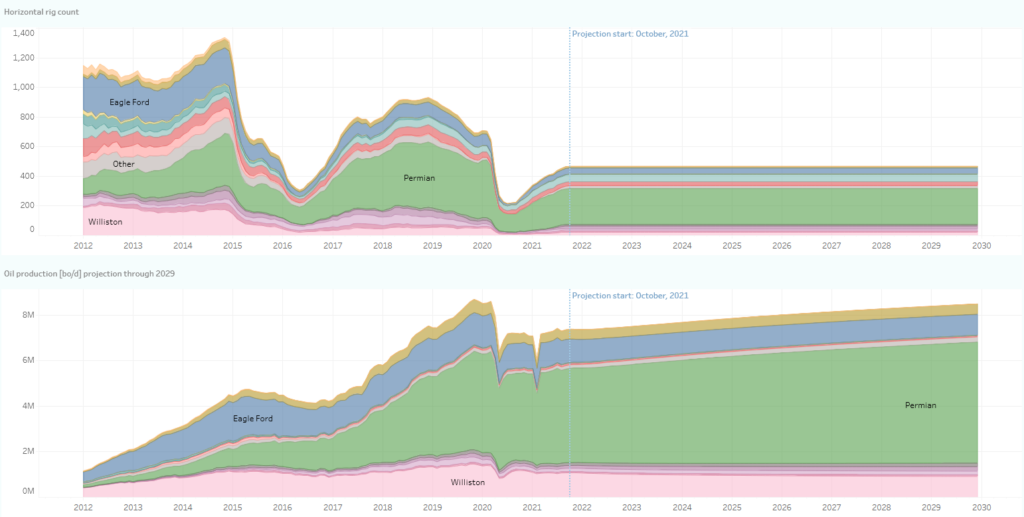 US tight oil outlook, by basin, based on current drilling activity & well performance

As you can see in the bottom chart, which shows historical and projected output, with these assumptions it would still take a few years before production is back at its pre-covid level. But further rig additions could of course accelerate this picture. Note that the Permian is responsible for all of the projected growth.

We normally focus on the well productivity of tight oil wells, but in this update I wanted to show the productivity trend in the major gas basins (Marcellus & Haynesville).

Well results have increased materially in the last decade, driven by longer laterals and far higher proppant loadings. Here we can find how on a normalized basis (for lateral length), performance has changed in the last decade:

Two weeks ago Shell announced that it would sell its Permian assets to ConocoPhillips for $9.5 billion.

Here you can see where those wells are, and how much they are producing:

ConocoPhillips and Shell in the Permian Basin: output from Hz. wells and their location

The following overview shows how the performance of those wells has changed, normalized for lateral length: 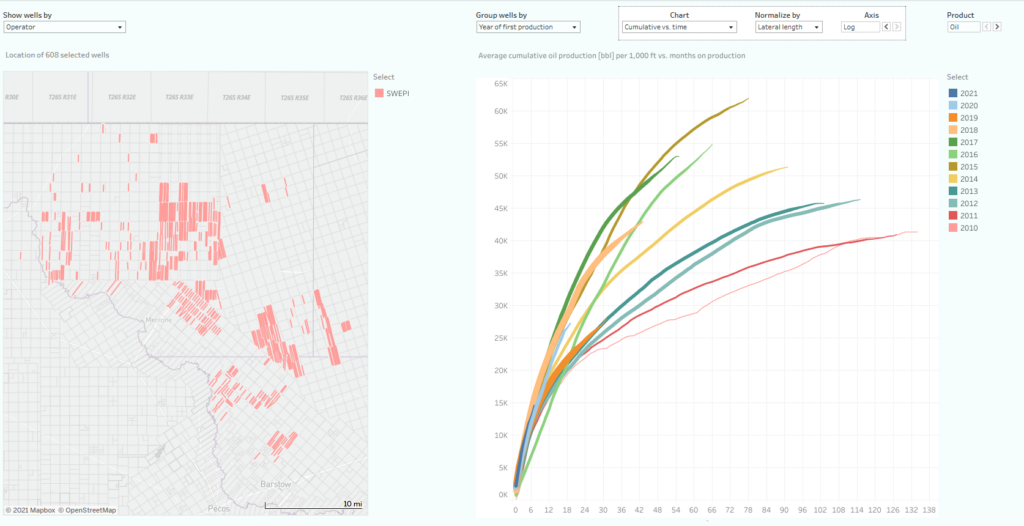 Shell’s well performance in the Permian. Cumulative oil production, normalized for lateral length, vs months on production, by vintage. Horizontal wells only.

This image reveals that on a normalized basis, Shell failed to increase its well results, on average, since 2015 already.

In the final tab the output and location of the 15 largest US shale producers are displayed.

Our next post will be on North Dakota, which already released August production data for most wells (available in our subscription services).

For these presentations, we used data gathered from the sources listed below.

Visit our blog to read the full post and use the interactive dashboards to gain more insight: https://bit.ly/3izbGJ6