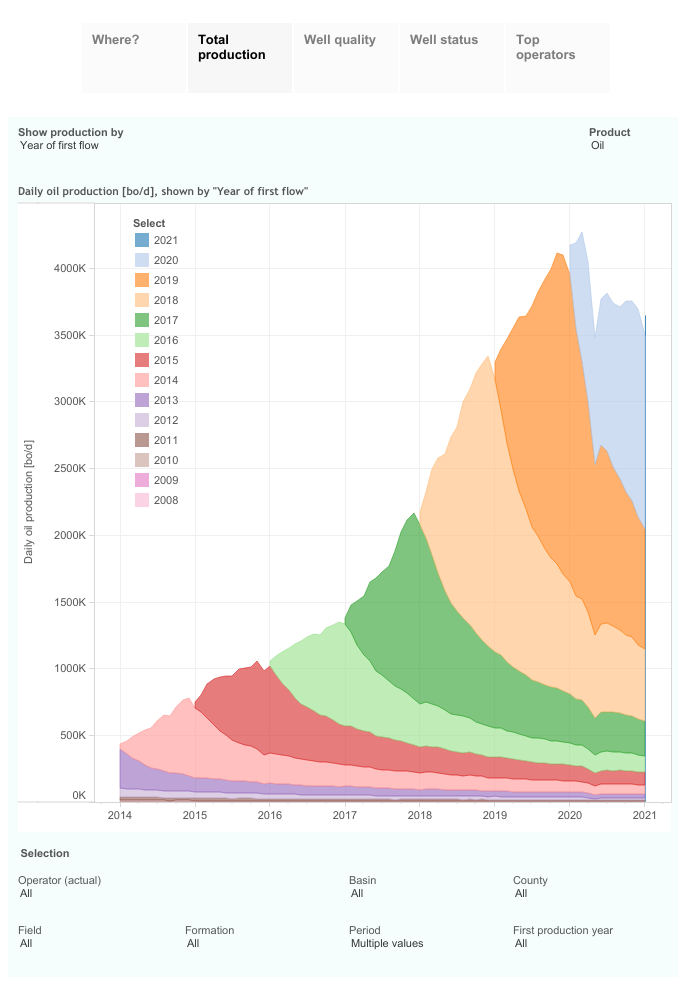 This interactive presentation contains the latest oil & gas production data from all 30,048 horizontal wells in the Permian (Texas & New Mexico) that started producing from 2008/2009 onward, through January.

In the next update on this basin, we should learn exactly how much output was impacted by the harsh weather in February.

Since our post on this basin last month, 17 more rigs were added to drill horizontal wells (to 215 as of last week according to Baker Hughes). With this level of activity, output in the basin should soon start rising again: 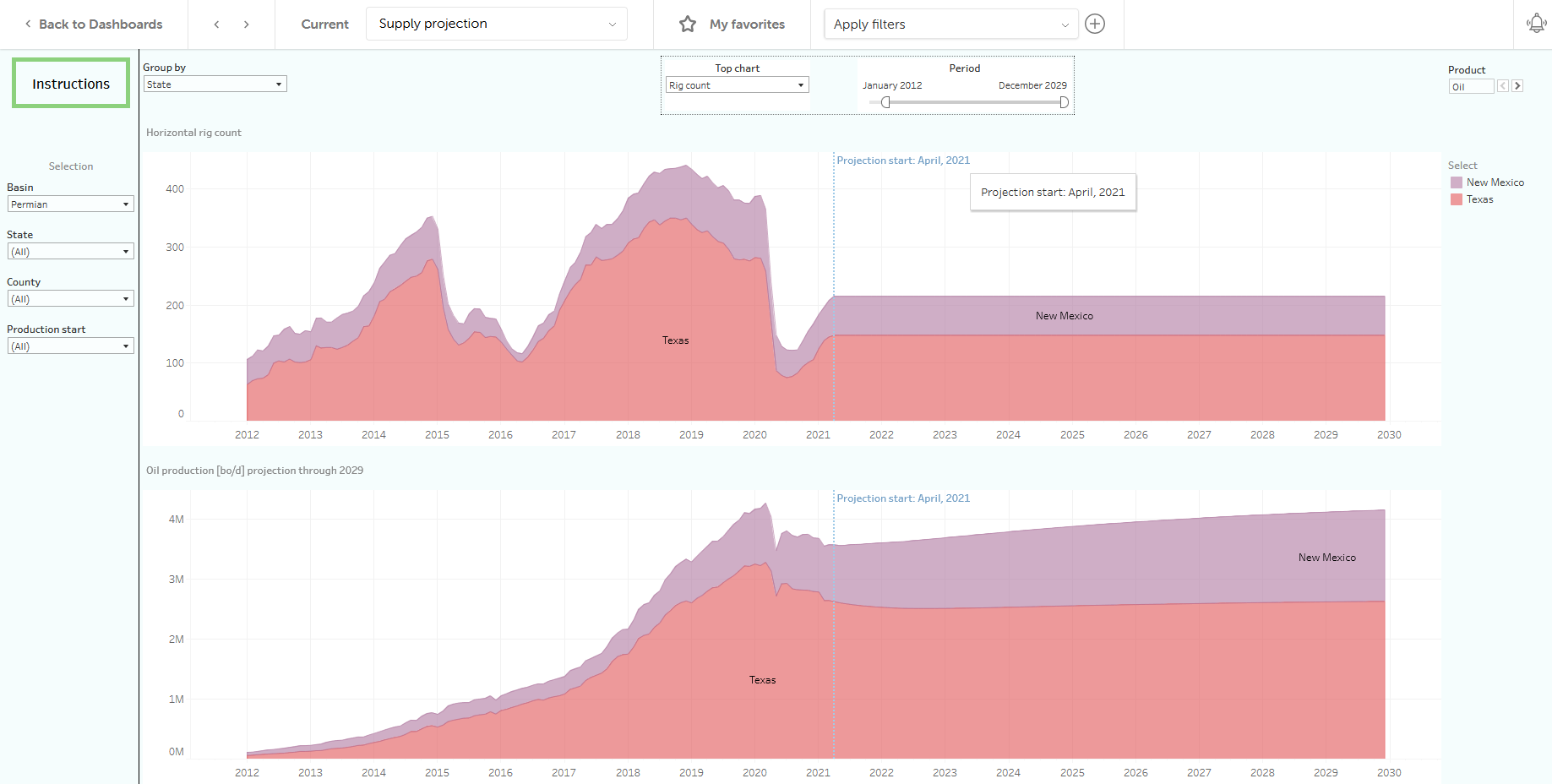 This screenshot was taken from our Supply Projection dashboard.

This makes the Permian an exception; the other large US tight oil basins cannot grow at current conditions:

Actual and projected tight oil output in the other US tight oil basins (hz. wells only), based on the current rig count.

In the 3rd tab, you will find the status and production rate of all the horizontal wells here. Whereas we saw in our update on North Dakota earlier this week that 40% of the wells there are now below 25 b/d, here the number is 31% (9,300 wells).

Two weeks ago, Pioneer Natural Resources announced a major acquisition of DoublePoint Energy. Both operators have most of their operations in the Midland Basin. In this screenshot (from our Productivity Ranking dashboard), you will find how all the larger operators in this area (>50 operated wells) fare in terms of well productivity, as measured by the average amount of oil recovered in the first 6 months:

On this metric, Pioneer Natural Resources is in the 2nd position, behind SM Energy, with on average 116 thousand barrels of oil recovered in the first 6 months (1,676 wells).

DoublePoint Energy (here shown as Double Eagle), is in the 10th spot, with 96 thousand barrels (121 wells).

In the final tab (“Top operators”) the production and well positions are displayed for the 10 largest producers in the Permian. Pioneer is in the lead after its recent acquisition of Parsley Energy, even before the effect of the purchase mentioned above, followed by ConocoPhillips, which greatly increased its presence here after it took control of Concho Resources.

We will have a new post on the Eagle Ford early next week, followed by a post on the Haynesville.

Visit our blog to read the full post and use the interactive dashboards to gain more insight: https://bit.ly/2RyHnHT