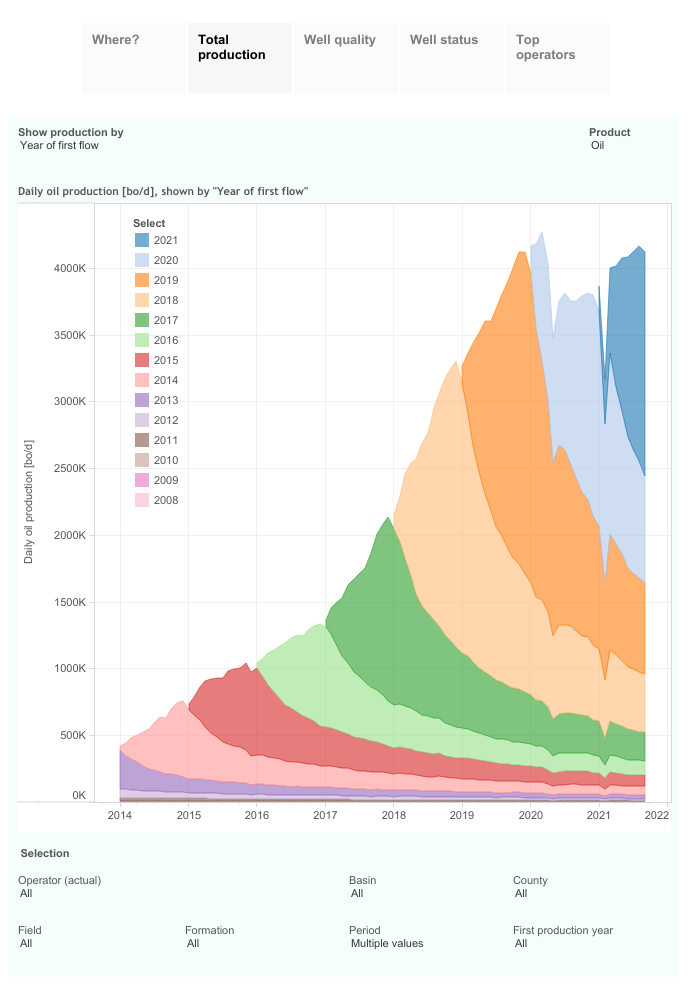 This interactive presentation contains the latest oil & gas production data from all 33,169 horizontal wells in the Permian (Texas & New Mexico) that started producing from 2008/2009 onward, through September.

Permian tight oil production continues to recover and in September topped 4.2 million b/d (after upcoming revisions, horizontal wells only). We expect that earlier in Q4 this year already a new output record was set. Natural gas production rose as well, and was close to 17 Bcf/d in September.

The horizontal rig count in the basin has increased to 271 as of last week (according to Baker Hughes), enough for further growth in the coming months and years, assuming that well & rig productivity can be maintained (amidst several other constraints):

Tight oil outlook in the Permian, by vintage year of first production, based on a constant horizontal rig count of 271 and current well/rig productivity.

This image was taken from our Supply Projection dashboard.

In our previous update on the Permian, we showed how normalized well productivity is already falling in the southern part of the Delaware Basin. This time, we look closer at the 3 key counties in Midland Basin: Midland, Martin & Howard, together good for over 1.2 million b/d: 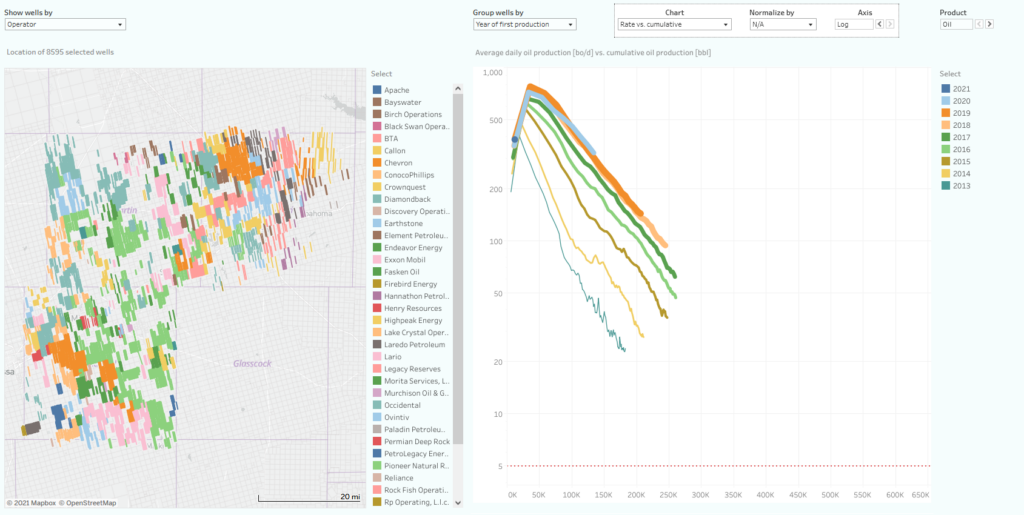 The chart on the right displays the average performance of the horizontal oil wells in these 3 counties, by year of first production. Note that it appears that since 2018, average well productivity has barely changed, after several years of significant improvements.

How does this picture change if we take into account that lateral lengths have also slightly increased during this time frame? 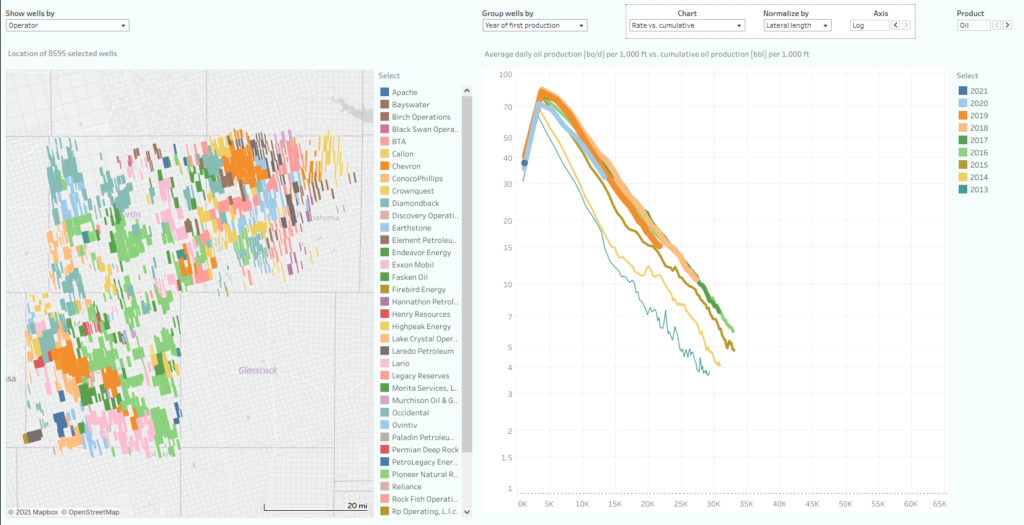 The overview above is the same as the previous one, except that production data was divided by the average completed length of the laterals. Based on this metric, productivity per lateral foot has already slightly fallen since 2016.

How have Gas/Oil Ratios (GORs) changed in these 3 counties over time? 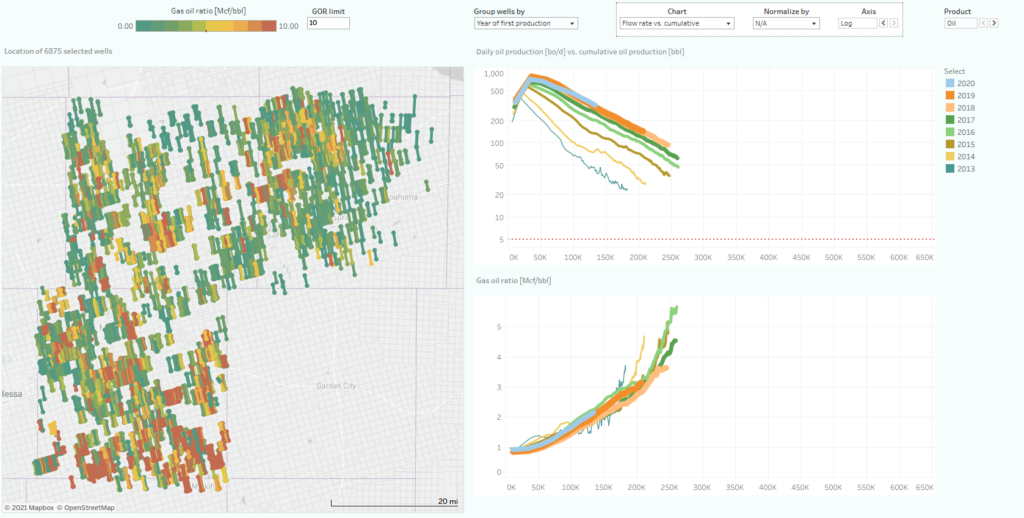 Well performance and GORs in the core of the Midland Basin

On the map you can find the location of all the horizontal wells that have been completed in these 3 counties since 2013. They are colored by the GOR in the most recently reported month. The chart on the bottom right plots the GOR (in MCf/bbl) against cumulative oil production. All wells clearly get gassier over time; they start at 1 Mcf/bbl initially, but this grows to 4 Mcf/bbl after 200-250 thousand barrels of oil have been produced, on average. Note also that the wells that came online in 2020 have a faster increase in GOR than wells completed in the 2 years prior, although the effect so far is marginal.

In the final tab (“Top operators”) the production and well positions are displayed for the 16 largest producers in the Permian.

We will have a new post on the Eagle Ford after Christmas.

Visit our blog to read the full post and use the interactive dashboards to gain more insight: https://bit.ly/3mt1XpG