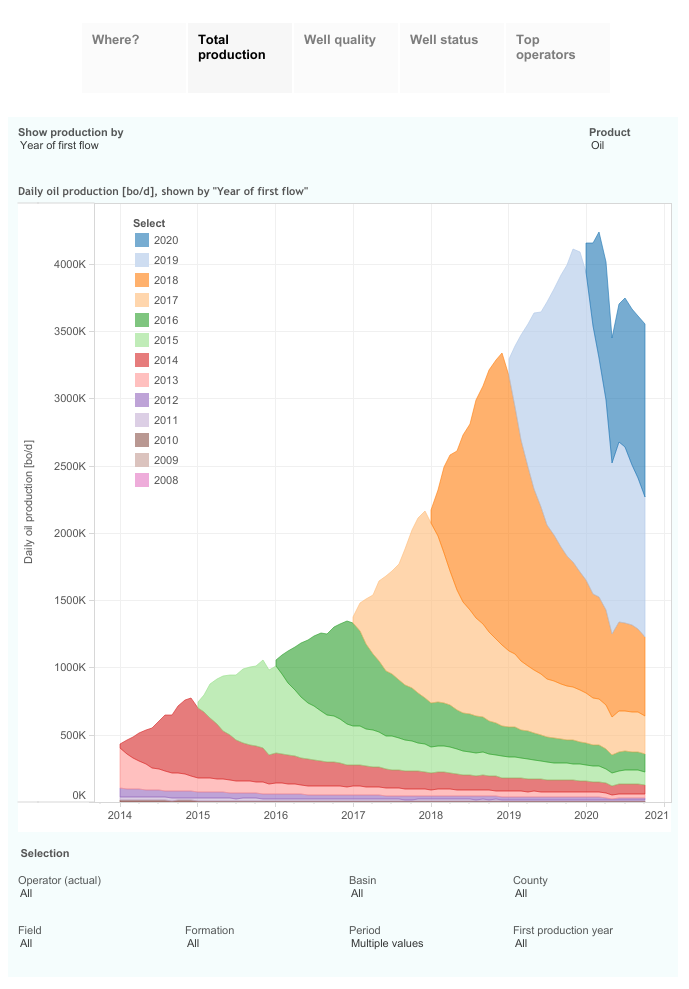 These interactive presentations contain the latest oil & gas production data from all 28,999 horizontal wells in the Permian (Texas & New Mexico) that started producing from 2008/2009 onward, through October.

As of last week, 171 rigs are drilling horizontal wells in the basin (source Baker Hughes), up from 123 in September. With the recent increases in drilling activity, our outlook for the basin has further improved: 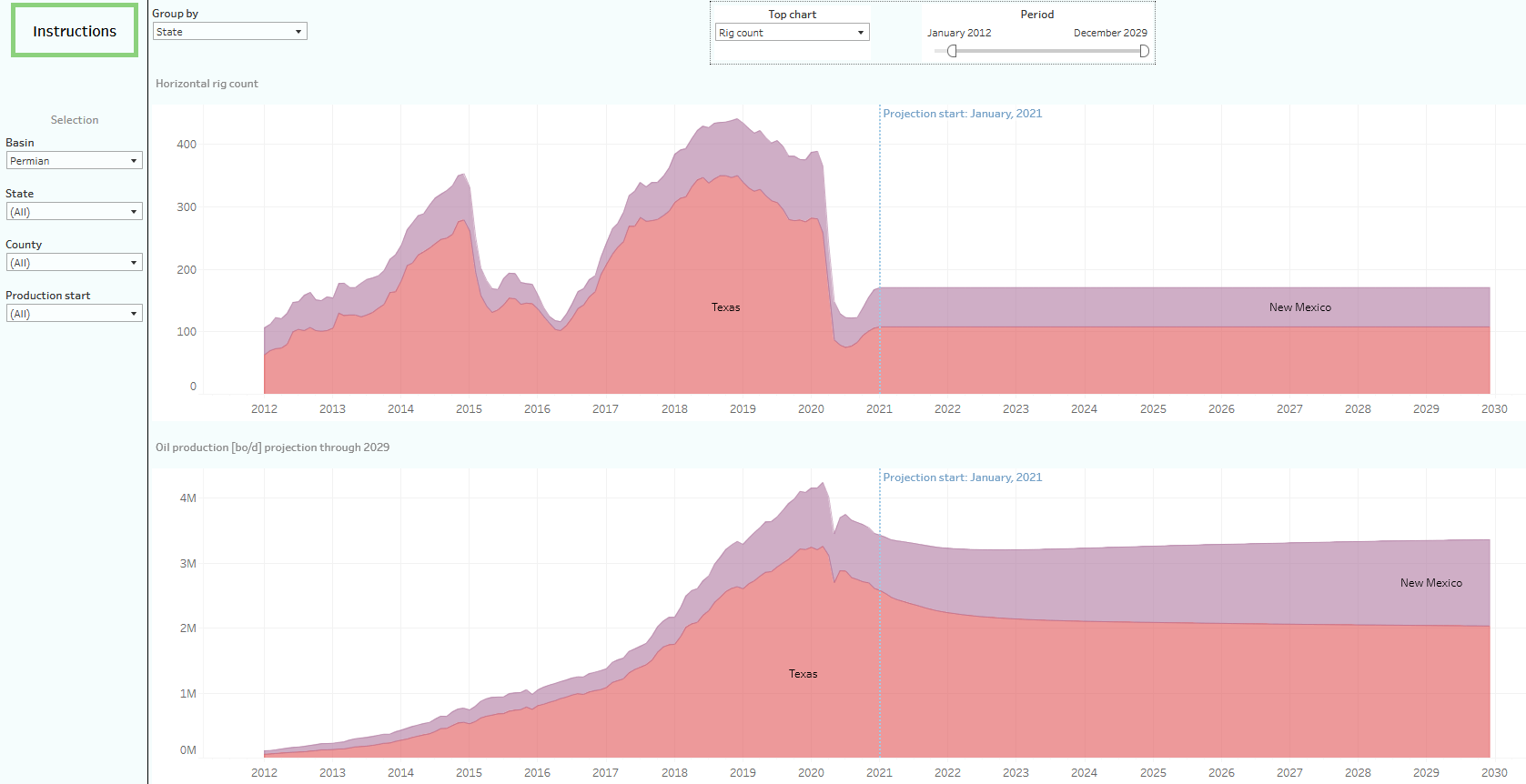 We estimate that these rigs, given current rig & well productivity, could maintain a production level slightly below where it was in October, at around 3.4 million bo/d. As you can see in the image above, New Mexico has received a relative larger portion of the activity, which will fuel further growth in that area.

We’ve recently started to track permit activity in the major basins in a new dashboard, and just added Louisiana and West Virginia to our coverage (6 states are now included and more will be added this month). From this dashboard, available in ShaleProfile Analytics (Professional), you can also see that almost half of the permits for new horizontal wells recently approved are on the New Mexico side of the basin: 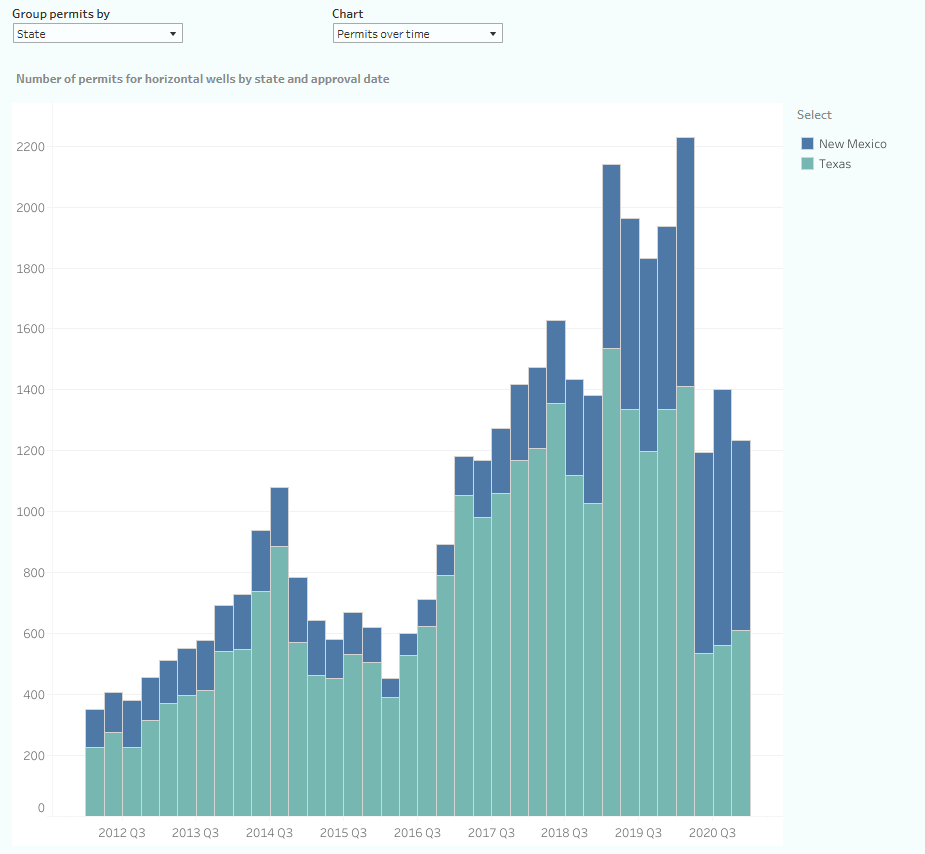 Approved and completed permits in the Permian, by quarter of approval and by state

You can find here that of the 1,234 approved permits in Q4 last year, just over half (624) were located in New Mexico.

EOG was with 718 approved permits in 2020 far in the lead in that part of the basin.

The following graph shows the ranking of all counties by the number of approved & completed permits in 2020: 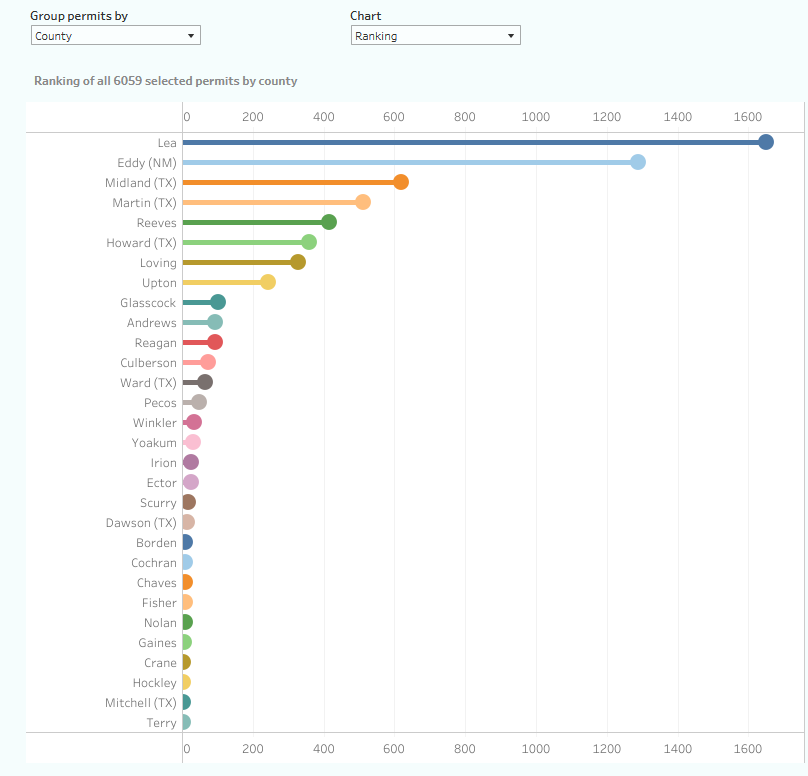 This dashboard also allows you to investigate the exact permitted locations and other details.

In the final tab (“Top operators”) the production and positions are displayed for the 10 largest producers in the Permian. Chevron was the only large operator that set a new output record in October, at 200 thousand b/d of operated production. Several mergers and acquisitions are expected to close in the coming 2 months, which will then be reflected in this dashboard. 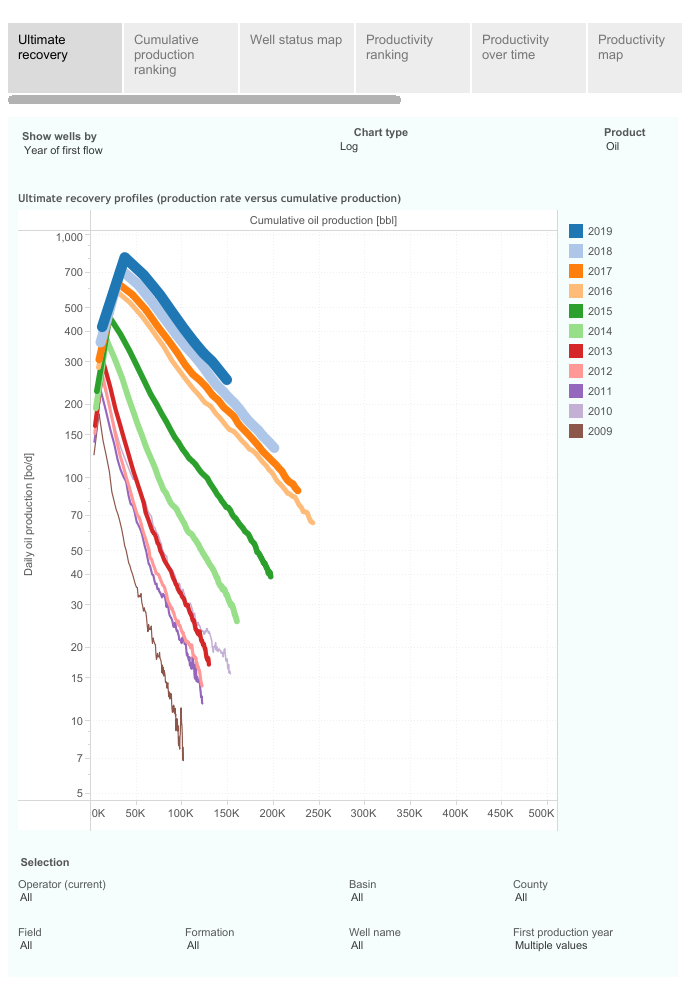 This “Ultimate recovery” overview displays the average production rate for these wells, plotted against their cumulative recovery. Wells are grouped by the year in which production started.

The impact of shut-ins is less visible than we saw earlier this week in our post on the Bakken. Recent vintages are trending towards a recovery of about 450 thousand barrels of oil, on average, before they have declined to a production rate of 10 bo/d.

Visit our blog to read the full post and use the interactive dashboards to gain more insight: https://bit.ly/2LML5uO