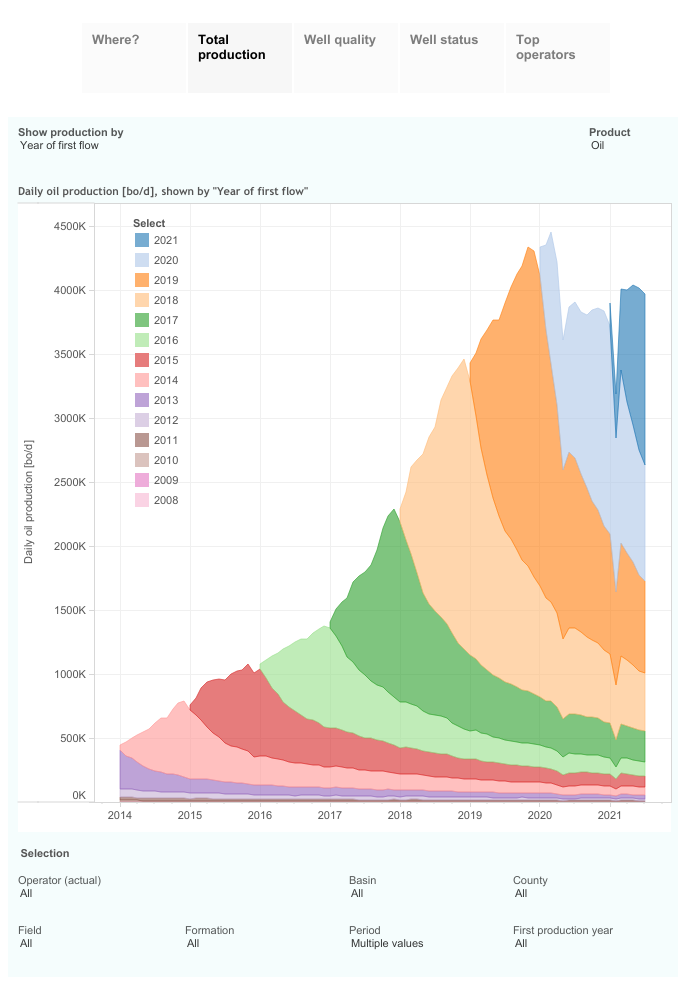 This interactive presentation contains the latest oil & gas production data from all 32,229 horizontal wells in the Permian (Texas & New Mexico) that started producing from 2008/2009 onward, through July 2021.

Tight oil production in the Permian continued to rise to over 4.1 million b/d in July (after revisions, horizontal wells only). Natural gas production set a new record at 16.5 Bcf/d.

The horizontal rig count in the basin has increased to 249 as of last week (according to Baker Hughes). Based on recent well & rig efficiency, we believe that this level is sufficient for the basin to continue growing production. Of course it is likely that the rig count will keep increasing with the current oil prices. In the below scenario, using our Supply Projection dashboard, we show what could roughly happen when the

rig count rises further to 300 by the end of Q1 next year, and stays there: 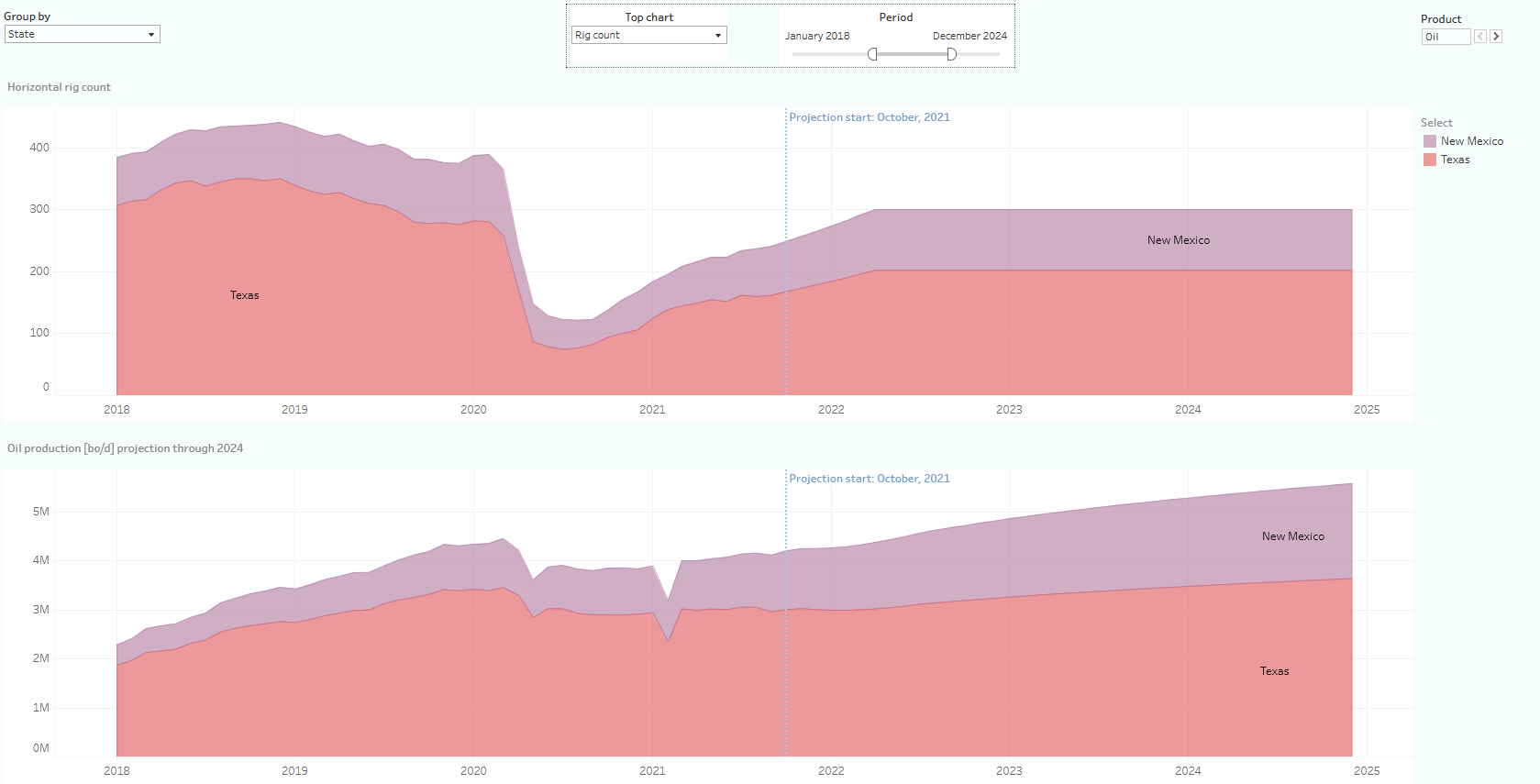 Horizontal rig count and tight oil outlook in the Permian, by state, based on a scenario with 300 Hz rigs by end of Q1 2022.

In this scenario, tight oil output would set a new record of 4.5 million b/d by the end of the 1st half of 2022, and it would exit next year at almost 5 million b/d. You can see that New Mexico is responsible for most of the growth.

The following overview (from our Productivity over Time dashboard ), shows how well productivity has changed in the Permian, by state: 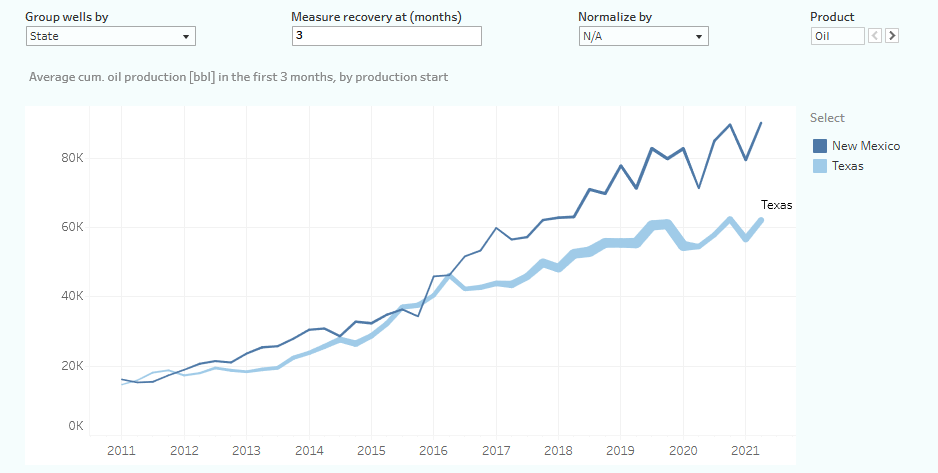 Well productivity in the Permian Basin by state, measured by the average cumulative oil production in the first 3 calendar months.

Note that the difference  in well performance between New Mexico and Texas has widened in the past few years, which probably explains why relatively more activity has moved to the Delaware basin.

However, that analysis did not consider that laterals have gotten longer in recent years. Using detailed completion data (perforated parts of the lateral and directional survey data), we can accurately determine the completed lateral length of these horizontal wells. Normalizing production by this completed length, we find the so far well productivity appears to have peaked in 2016:

In the final tab (“Top operators”) the production and well positions are displayed for the 16 largest producers in the Permian. Pioneer Natural Resources is with over 0.5 million b/d of operated production clearly in the lead. ConocoPhillips, the number 5 on the list, has agreed to purchase Shells Permian assets, operated under SWEPI (the number 14th).

Visit our blog to read the full post and use the interactive dashboards to gain more insight: https://bit.ly/3v5z1Y5