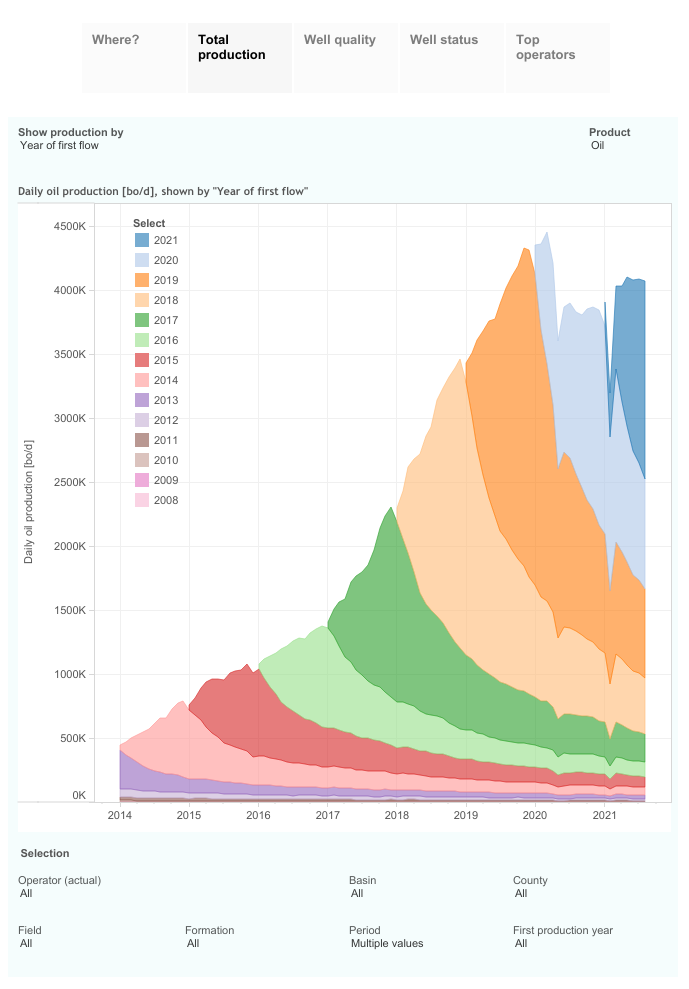 This interactive presentation contains the latest oil & gas production data from all 32,787 horizontal wells in the Permian (Texas & New Mexico) that started producing from 2008/2009 onward, through August.

Permian tight oil production is slowly accelerating and in August rose to about 4.2 million b/d (after upcoming revisions, horizontal wells only), the highest since April 2020 and less than 300 thousand b/d below the peak in March 2020. Natural gas production is already setting new records every month, and came in at 16.6 Bcf/d in August.

The horizontal rig count in the basin has increased to 258 as of last week (according to Baker Hughes), which is already sufficient to sustain further growth in the coming months and years, assuming that well & rig productivity can be maintained:

Tight oil outlook in the Permian, by state, based on a constant horizontal rig count of 258 and current well/rig productivity.

This image was taken from our Supply Projection dashboard.

Well productivity in the US tight basins has greatly changed in the past 2 decades, especially driven by longer laterals and larger proppant loadings. Here we show how these 2 parameters have changed in the Permian Basin: 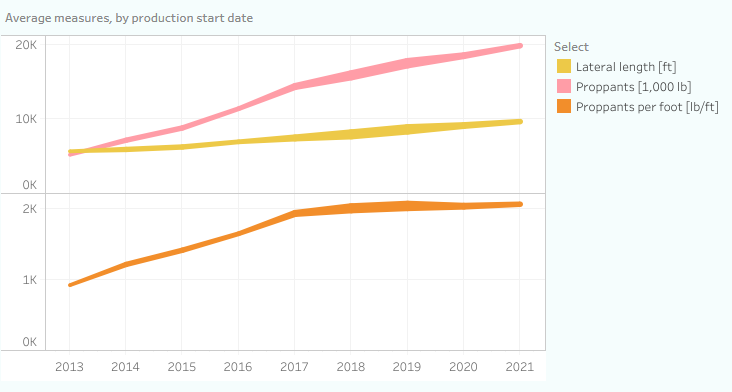 Completion designs in the Permian Basin

This year, wells were completed with 20 million pounds of proppants, on average, for the first time. However, as laterals increased in proportion to proppant loadings since 2018, the proppant intensity (proppants / lateral length) has hovered around a level of 2 thousand pounds per lateral ft since 2017, as the bottom chart reveals.

In this post we’ll take a closer look at well productivity trends in the southern part of the Delaware basin: 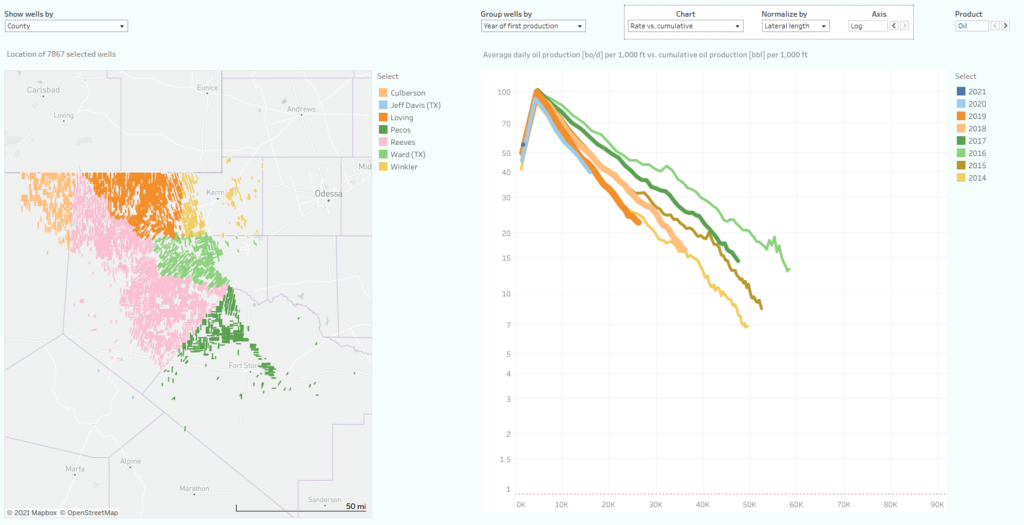 Well productivity in the southern part of the Delaware Basin. Horizontal oil wells with a first production start >= 2014 only.

As you can see, well productivity as measured by this metric has fallen since 2016.

This could be an explanation of why production has fallen sharper in Reeves and Loving, compared with other top-producing counties in the Permian Basin: 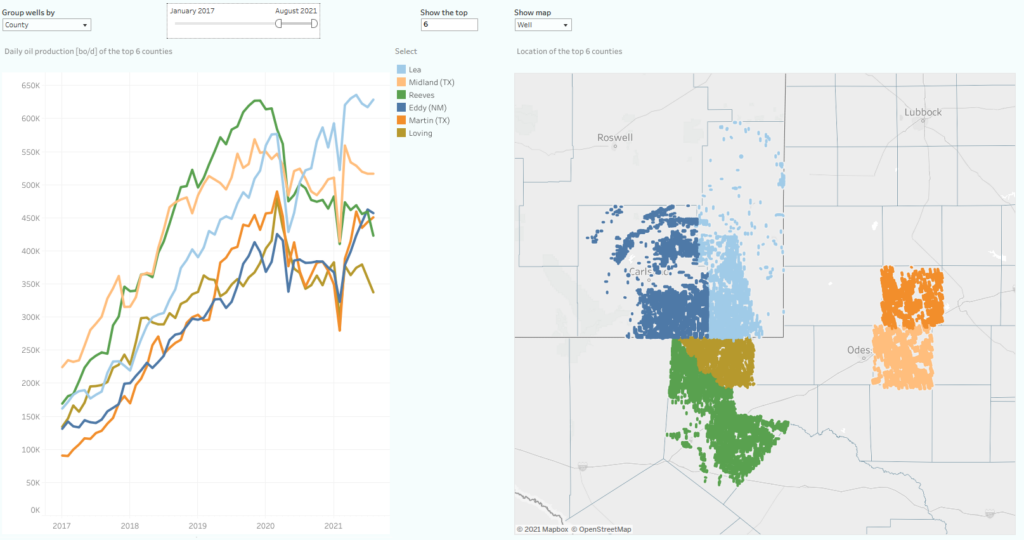 We will have a new post on the Eagle Ford later this week.

Visit our blog to read the full post and use the interactive dashboards to gain more insight: https://bit.ly/30yAQBn