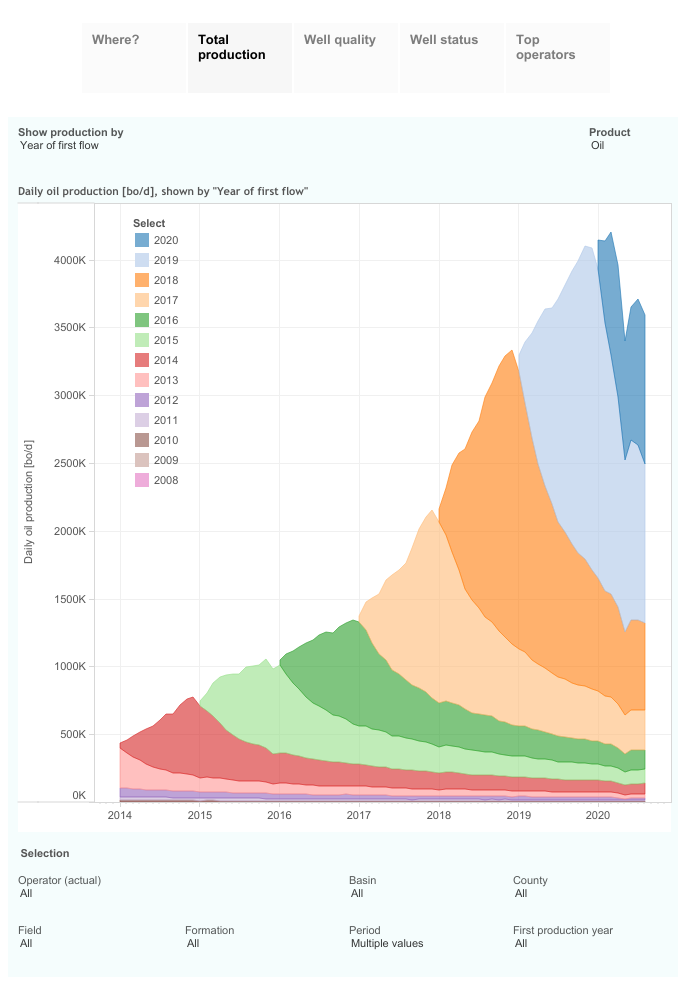 These interactive presentations contain the latest oil & gas production data from all 28,483 horizontal wells in the Permian (Texas & New Mexico) that started producing from 2008/2009 onward, through August.

The horizontal rig count here has increased in the past 3 months, to 145 as of last week (source Baker Hughes). Still, this level of activity would long-term only be able to support a tight oil output about 1 million bo/d lower than in August (2.8 million bo/d), as you can find in our Supply Projection dashboard by selecting this basin: 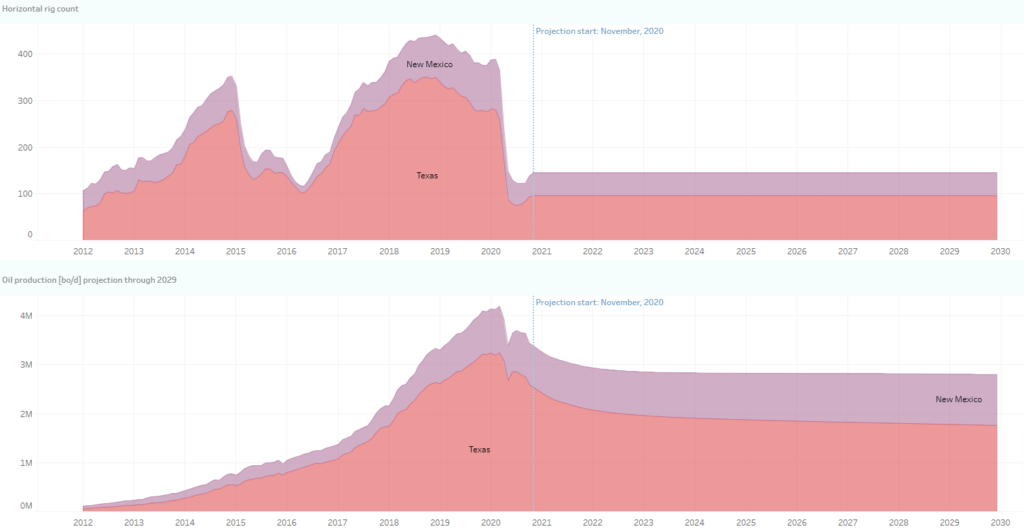 In the final tab (“Top operators”) the production and positions are displayed for the 10 largest producers in the Permian. Several of these companies are now involved in some kind of M&A transaction. At the current pace, Exxon Mobil is likely to make it to the top-3 in the coming months (ignoring upcoming M&A deals). 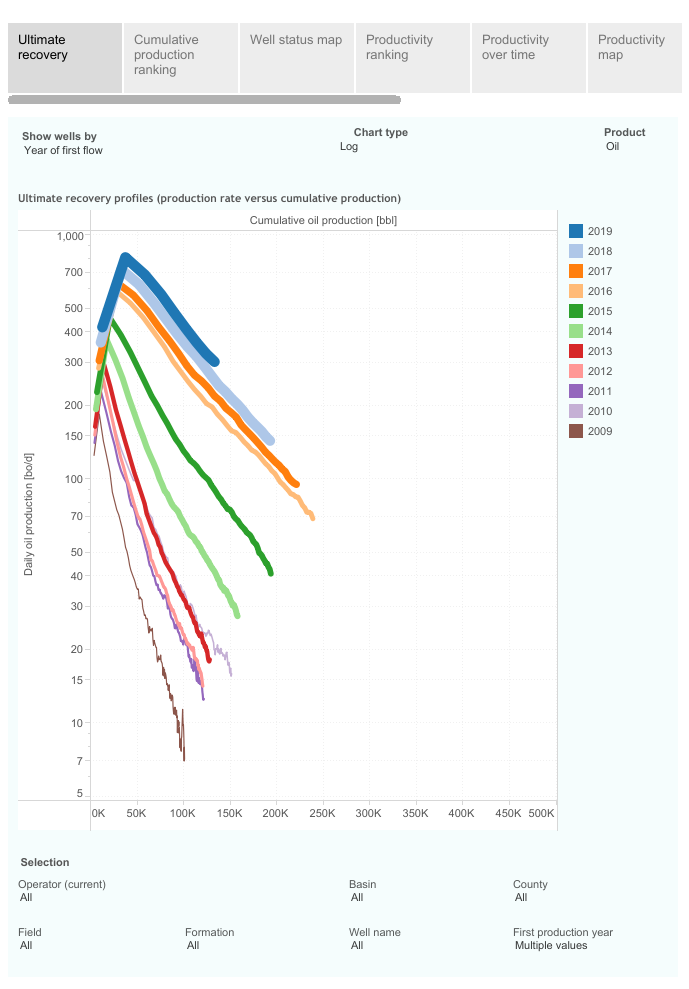 This “Ultimate recovery” overview displays the average production rate for these wells, plotted against their cumulative recovery. Wells are grouped by the year in which production started.

By extrapolating the recent vintages, you’ll note that they probably will end up with an ultimate recovery of close to 500 thousand barrels of oil, on average (ignoring extra stimulation measures). 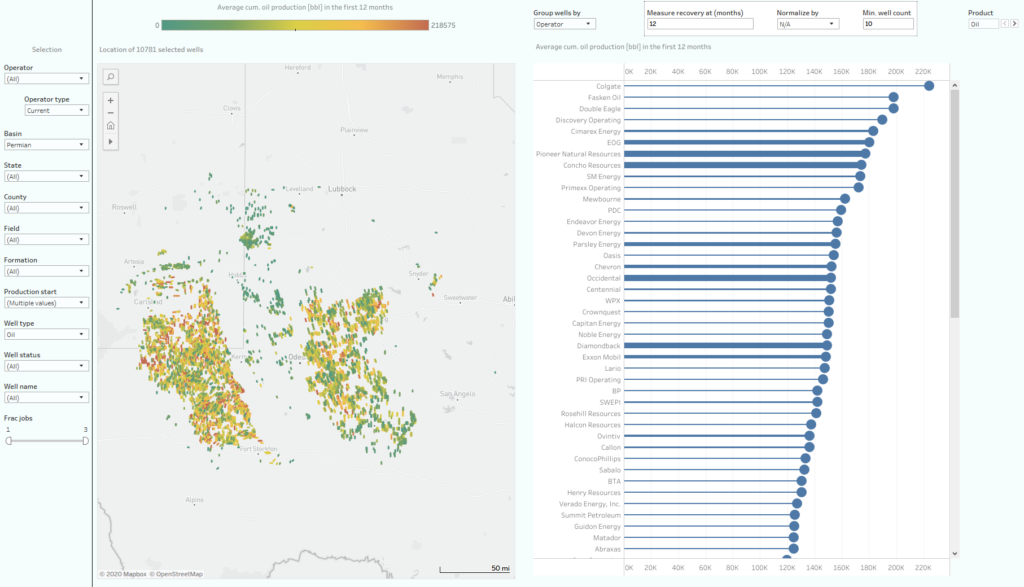 Of the major operators (100+ wells), Cimarex has the best results with 183 thousand barrels of oil in the first year, on average. All its wells included here are in the Delaware Basin.

Within ShaleProfile Analytics, we will start covering well permitting activity in the coming weeks. Check out more announcements on this topic in upcoming posts.

Visit our blog to read the full post and use the interactive dashboards to gain more insight: https://bit.ly/3nCjWIl