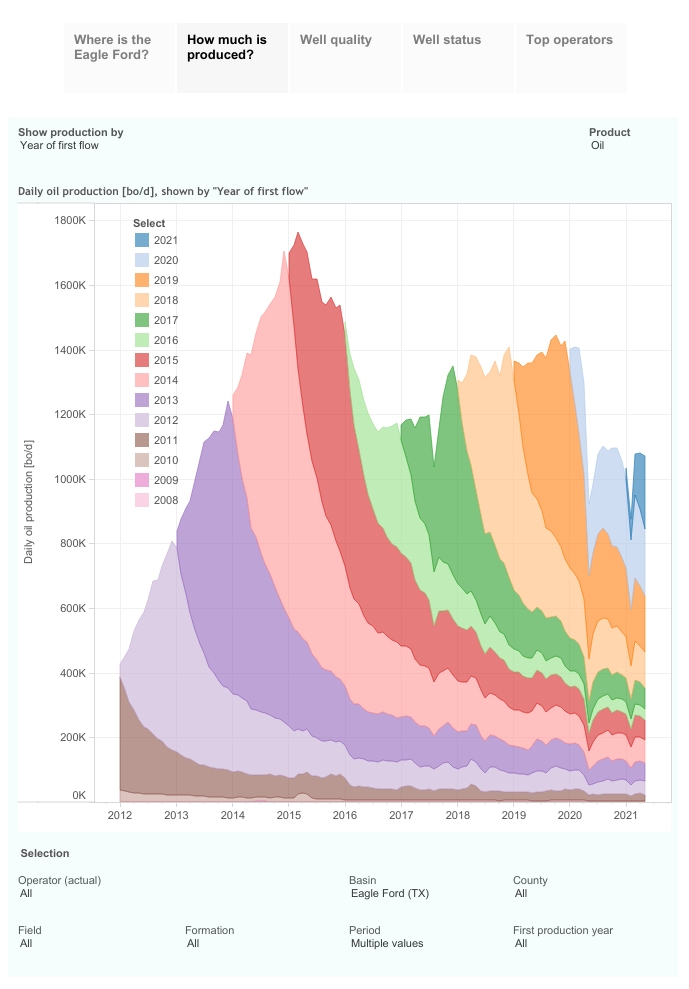 This interactive presentation contains the latest oil & gas production data from all 25,879 horizontal wells in the Eagle Ford region, that have started producing from 2008 onward, through May.

The number of horizontal rigs in the Eagle Ford has increased in the past year to 40 as of last week (according to Baker Hughes), half the number before the pandemic started.

Our Supply Projection dashboard shows what would happen if drilling activity would remain at this level: 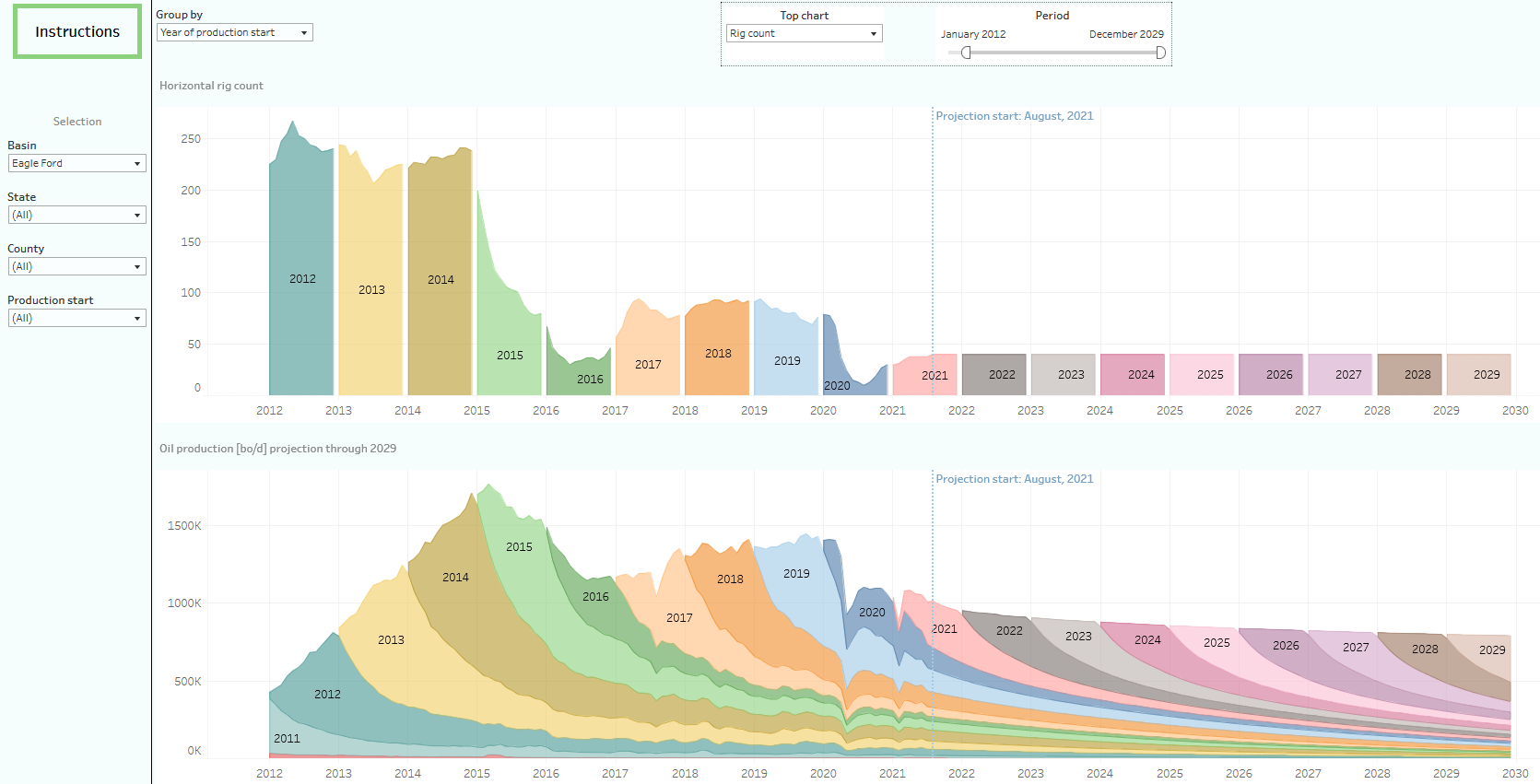 As you can see, all else being equal, output would slowly decline over time. We estimate (using the interactive version of this dashboard) that 10 more rigs (50 in total) would be required to sustain current output, assuming well and rig productivity as seen in 2020.

Between 2017 and 2020, average well productivity did not change significantly (horizontal oil wells only). However, the almost 400 wells that were completed so far this year performed quite a bit better; they are on track to recover over 100 thousand barrels of oil within the first 6 calendar months on production:

The chart on the right shows the average cumulative oil recovered versus months on production, with the wells grouped by year of first production. Only horizontal oil wells that have been completed since 2015 and weren’t refrac’ed and are included. Although the 2020 vintage had a poor start, it appears that that could be fully explained by the shut-ins that happened during the recent periods with extremely low prices or freezing temperatures, and it has recovered since.

The output and location of the 10 largest operators in the basin are displayed in the final tab. EOG saw a significant reduction in output since early last year; it has completed just 73 in the Eagle Ford through May, versus 110 in the same period last year (and 156 in 2019). Most of its production from horizontal wells in the US is now coming from the Permian: 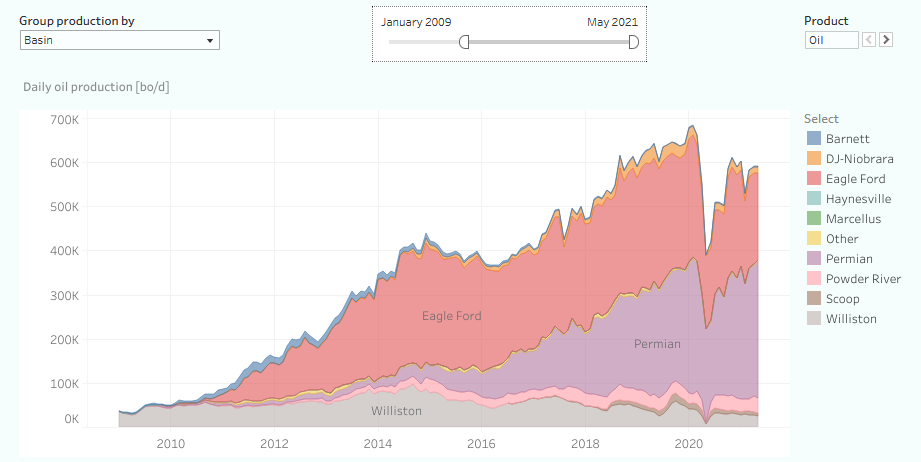 EOG’s tight oil output by basin, through May

Our next post will be on Pennsylvania, which released June production data last week (which was almost immediately available in our services).

Visit our blog to read the full post and use the interactive dashboards to gain more insight: https://bit.ly/3jdjYY4