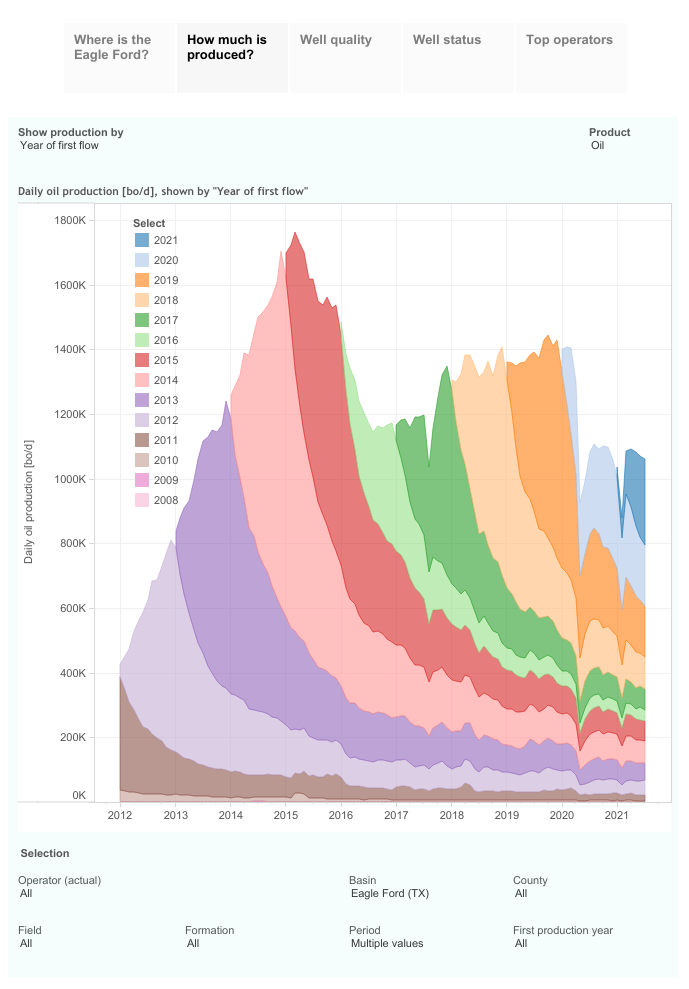 This interactive presentation contains the latest oil & gas production data from all 26,083 horizontal wells in the Eagle Ford region, that have started producing from 2008 onward, through July.

Tight oil production in the Eagle Ford was flat for the 4th consecutive month in July, at 1.1 million b/d (Hz. wells only, after upcoming revisions). Natural gas production was also unchanged at about 5.7 Bcf/d. Only 560 horizontal wells were completed in the first 7 months of this year, fewer than half the number in 2019 during the same time frame (1,208), and the lowest number in a decade.

The number of horizontal rigs in the Eagle Ford however increased to 43 as of last week (according to Baker Hughes), the highest in 1.5 years. Last month we analyzed what the outlook would be in Karnes, where only 3 rigs were active at the time. But in the last month 4 more rigs were added, significantly changing the dire outlook we shared. For the Eagle Ford overall, we expect that with the current amount of drilling activity, tight oil production should remain on a plateau for quite some time: 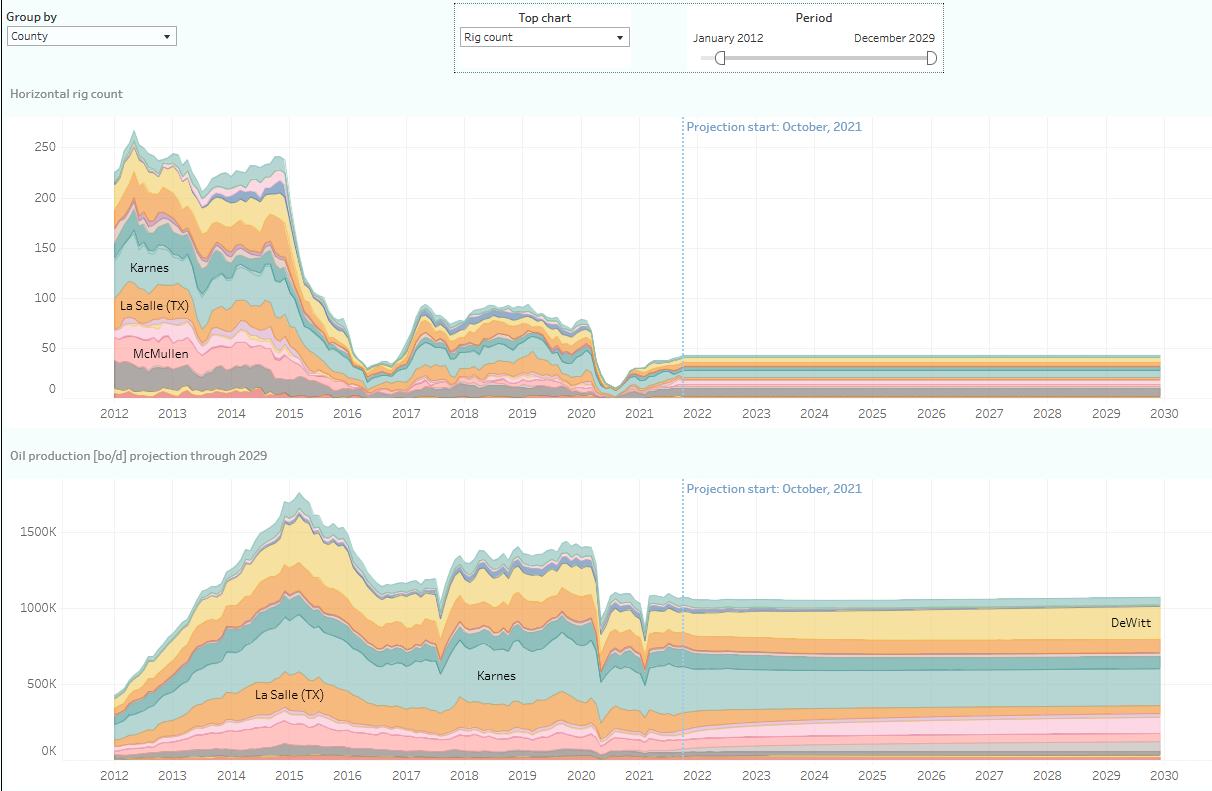 The horizontal rig count & tight oil outlook in the Eagle Ford, by county, based on current drilling activity & well productivity

The outlook is more positive for natural gas production, which should soon start rising again under current conditions:

The tight natural gas outlook in the Eagle Ford, by county, based on current drilling activity & well productivity

The 4 major players in this basin, EOG, ConocoPhillips, Marathon and Chesapeake, all saw stagnating or declining well productivity in recent years: 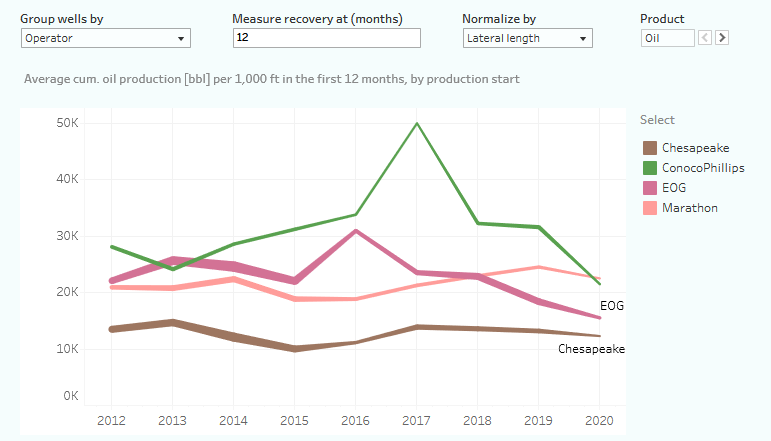 Normalized well productivity in the Eagle Ford, for the top 4 oil producers. Horizontal oil wells since 2012 only.

This chart shows the well performance, as measured by the average cumulative oil recovered in the first 12 months, normalized for lateral length, by operator and by year of first production. On this basis, results have not improved since 2012. We determine the lateral length based on the completed interval of these horizontal wells, or from their directional surveys (if the interval is not provided).

The output and well locations of the 13 largest operators in the basin are displayed in the final tab.

The Wall Street Journal published an article last Sunday on the surging demand in Energy, and the lack of investment in fossil fuels, for which they also used ShaleProfile Analytics: Behind the Energy Crisis: Fossil Fuel Investment Drops, and Renewables Aren’t Ready

Our next post will be on Pennsylvania, which recently released August production data (available in our subscription services).

Visit our blog to read the full post and use the interactive dashboards to gain more insight: bit.ly/30I45lr