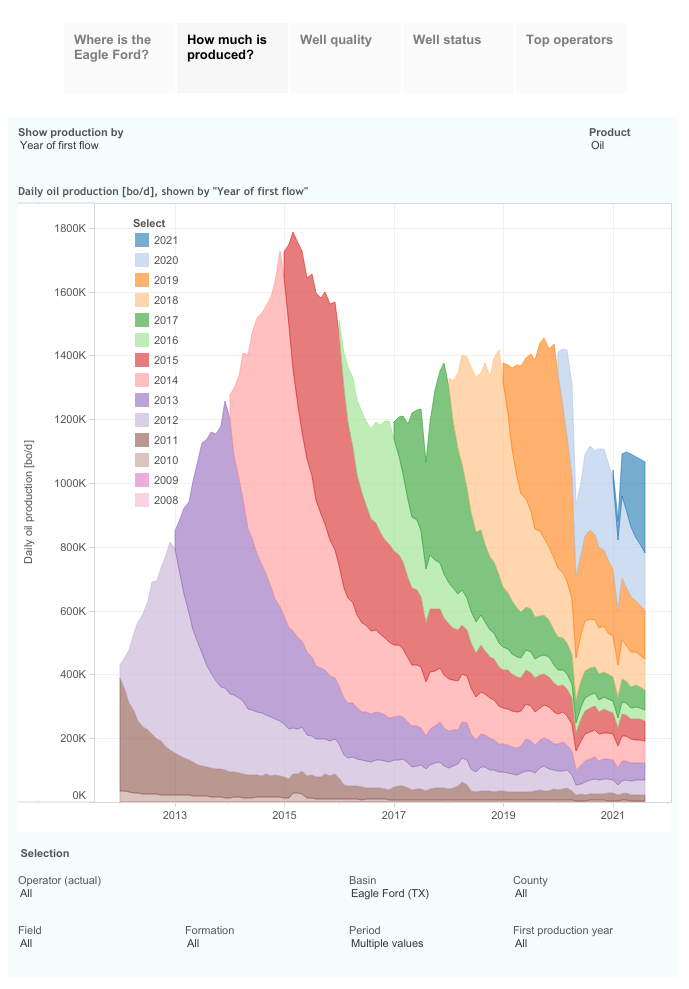 This interactive presentation contains the latest oil & gas production data from all 26,383 horizontal wells in the Eagle Ford region, that have started producing from 2008 onward, through August.

Tight oil production in the Eagle Ford was flat for the 5th consecutive month in August, at 1.1 million b/d (Hz. wells only, after upcoming revisions). Natural gas production came in at 5.7 Bcf/d, a level at which it has also hovered around now for several months.

Now that the number of horizontal rigs in the Eagle Ford has increased to 48 as of last week (according to Baker Hughes), we foresee a small amount of growth in output ahead, especially if more rigs are returned in the months ahead. From our Supply Projection dashboard: 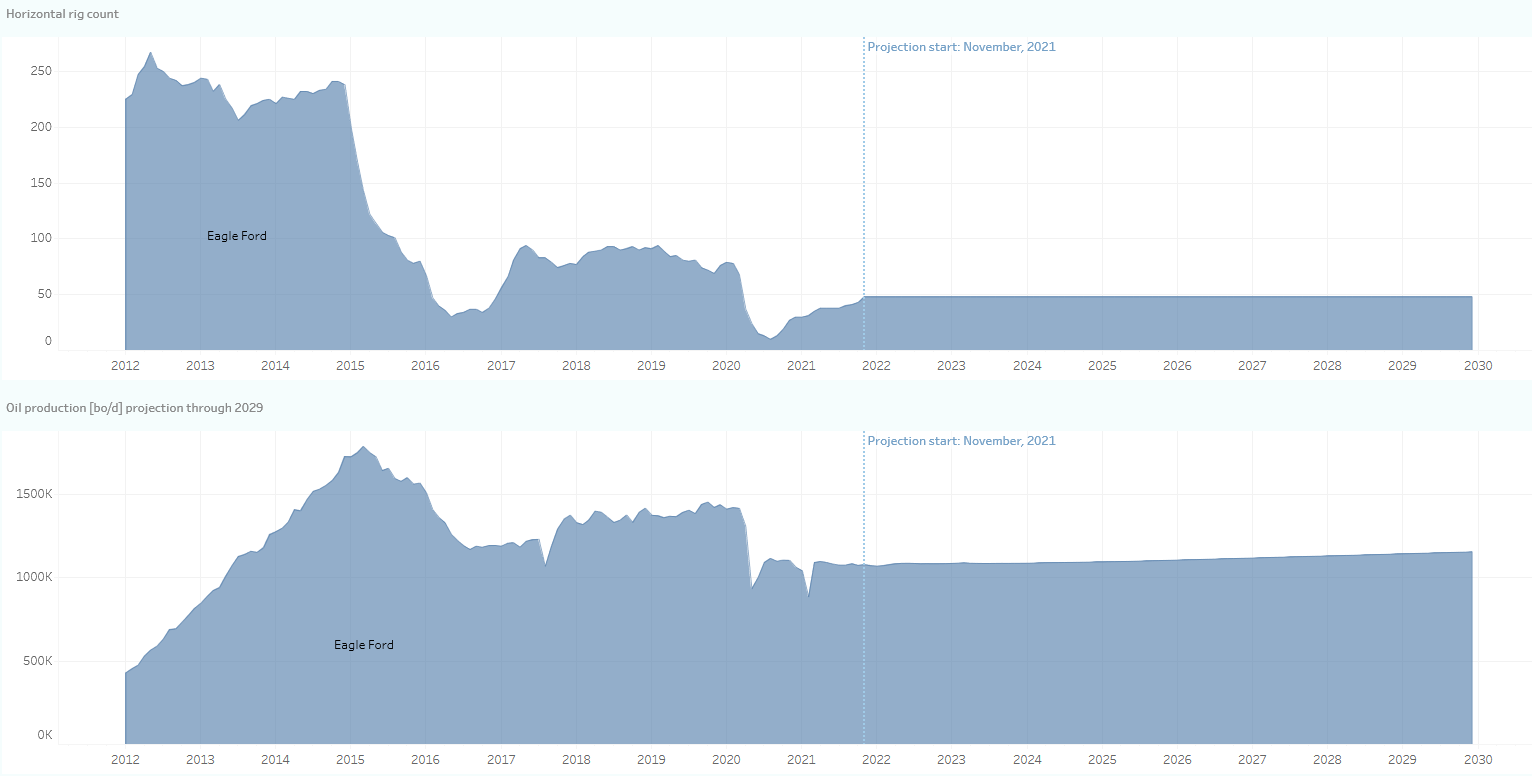 As we shared last month, the outlook is better for natural gas production, and during the past month this improved even further. In Webb County, in the gas window of the basin, currently 11 rigs are drilling horizontal wells, close to the highest level within the last 6 years. This could cause a doubling of natural gas output, from 2 Bcf/d to more than 4 Bcf/d, in 3 years from now: 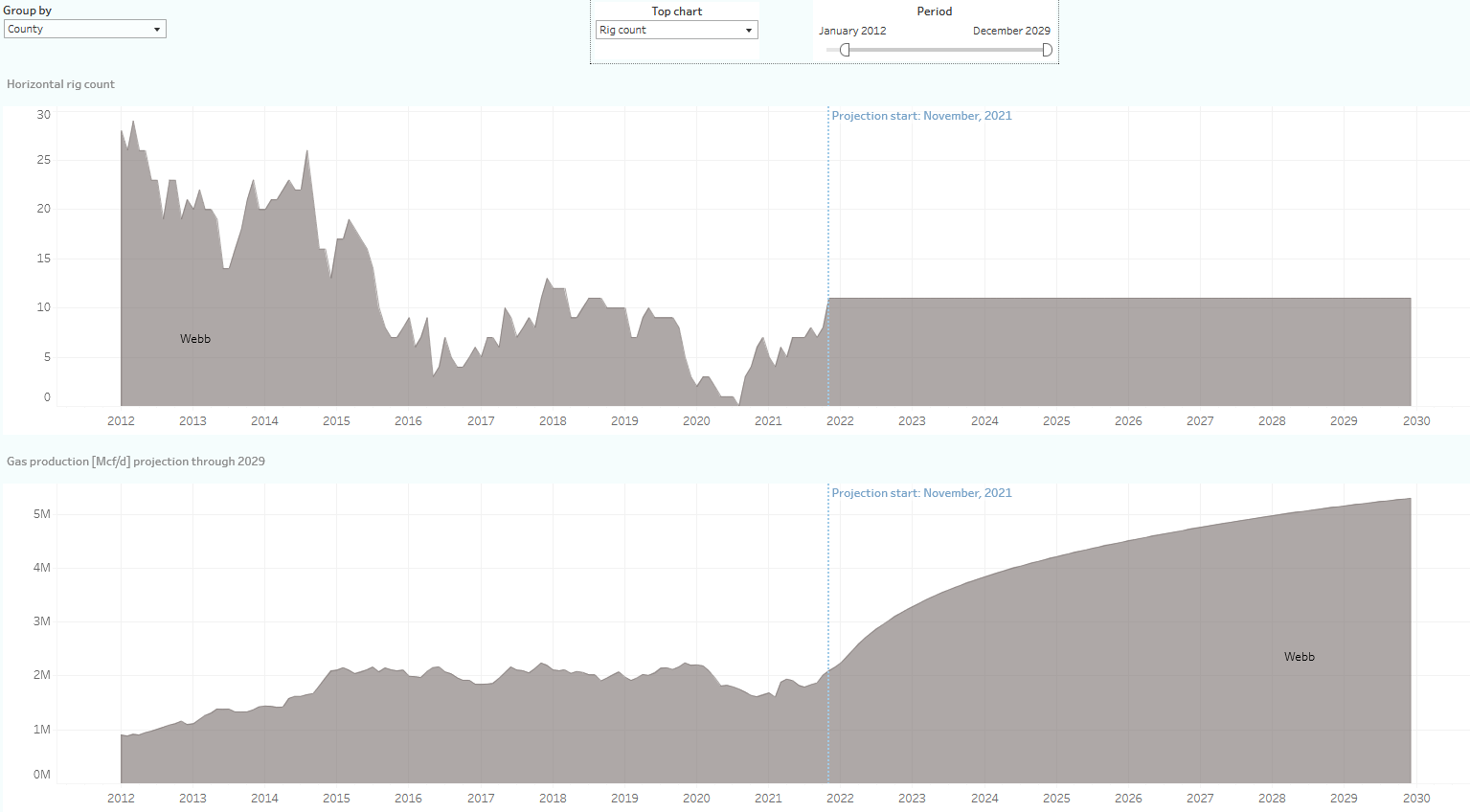 In this post I wanted to take a closer look at how the well productivity of natural gas wells has changed in the Eagle Ford:

Well productivity in the Eagle Ford. Horizontal gas wells completed since 2016 only.

This chart shows the production profiles of all natural gas wells in the Eagle Ford (average gas rate vs. cumulative gas production), by vintage, with a production start of 2016 or later. Note that there has been a significant improvement in results in the last 2 years. In contrast, we have shown several times that the productivity of oil wells has deteriorated in the last few years, especially after taking into account the increase in lateral lengths.

The output and well locations of the 10 largest operators in the basin are displayed in the final tab. All the operators in the top 6 have seen their output decline in the last 2 years. Chesapeake’s oil output has fallen by almost half in the past 1.5 years. This operator has greatly reduced completion activity, as you can see in the following chart: 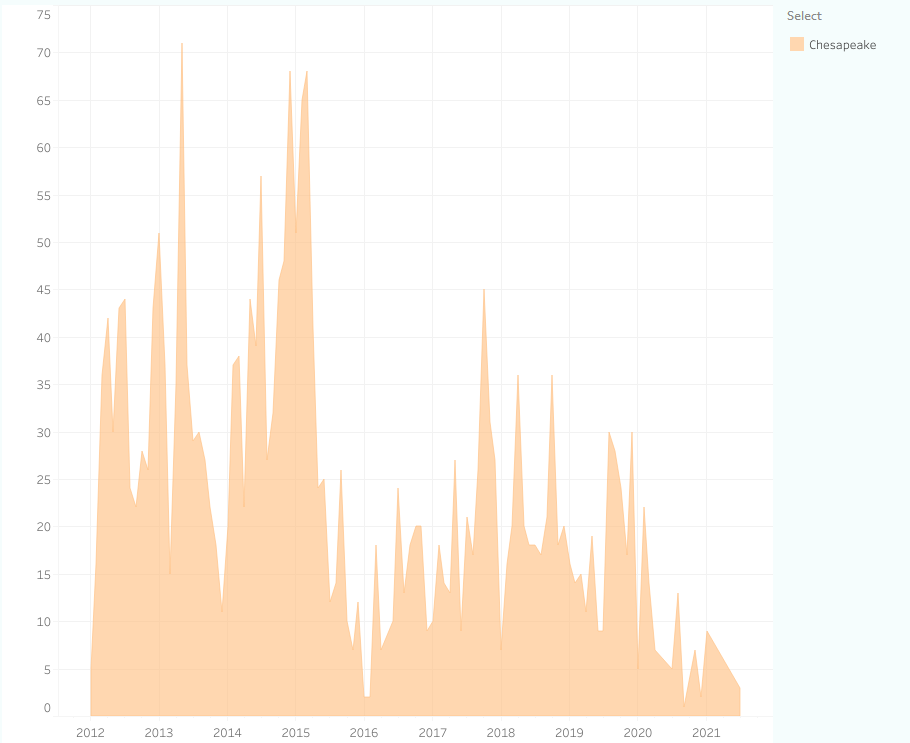 Horizontal well completions in the Eagle Ford, by month, since 2012

Our next post will be on Pennsylvania, which just released September production data (available in our subscription services).

Visit our blog to read the full post and use the interactive dashboards to gain more insight: bit.ly/3cFXFWJ