U.S. LNG Should Be Part of Kerry’s Climate Conversations with China

Special Envoy on Climate Change John Kerry is travelling to China this week to double down efforts on reducing national emissions ahead of November’s Conference of the Parts (COP26) meeting, as well as the upcoming Leaders Summit on Climate hosted by President Biden next week.

Natural gas has already played a significant role in helping the United States experience “the largest absolute [emissions] decline by any country” since 2000, according to the International Energy Agency, and is expected to be a similar part of the solution to addressing climate change in China. As the U.S. Energy Information Administration explains:

“Although natural gas is still a small contributor to China’s overall energy portfolio, it is swiftly becoming an important fuel source, and China is now one of the fastest-growing natural gas markets in the world.”

As a result of this increased demand, U.S. LNG is poised to become a major source of the country’s natural gas.

Here’s a few important stats to keep in mind as these discussions take place:

Why is China relevant to the climate change puzzle? 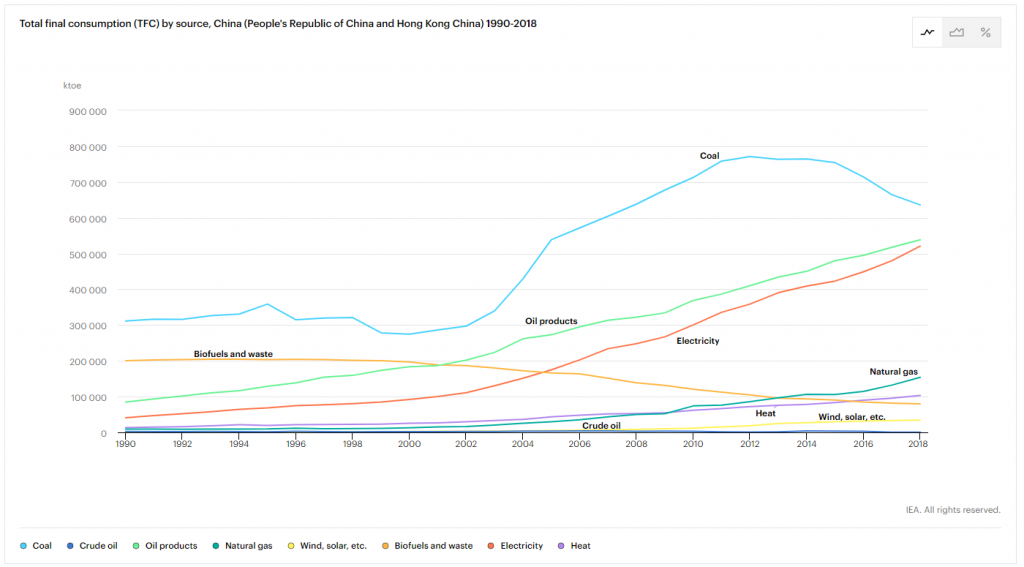 Natural gas is a key part of the Chinese climate solution.

Although the Biden administration has shown openness to growing U.S. LNG exports, it’s unclear if the subject will come up in this week’s talks. What is clear though is that U.S. natural gas will play a major role in helping the world reduce global emissions. As U.S. Energy Secretary Jennifer Granholm recently explained:

“[U.S. LNG is often headed to] countries that would otherwise be using very carbon-intensive fuels, it does have the impact of reducing internationally carbon emissions.”

The post U.S. LNG Should Be Part of Kerry’s Climate Conversations with China appeared first on .