Natural gas doesn’t just power homes and buildings – it also is a crucial component in securing the global food supply. Speaking with Politico, Máximo Torero, a top economist with the U.N. Food and Agriculture Organization, warned against shifting away from natural gas too quickly:

“Four materials rank highest on the scale of necessity, forming what I have called the four pillars of modern civilization: cement, steel, plastics, and ammonia are needed in larger quantities than are other essential inputs…But it is ammonia that deserves the top position as our most important material: its synthesis is the basis of all nitrogen fertilizers, and without their applications it would be impossible to feed, at current levels, nearly half of today’s nearly 8 billion people. The dependence is even higher in the world’s most populous country: feeding three out of five Chinese depends on the synthesis of this compound. This dependence easily justifies calling ammonia synthesis the most momentous technical advance in history: other inventions provide our comforts, convenience or wealth or prolong our lives—but without the synthesis of ammonia, we could not ensure the very survival of billions of people alive today and yet to be born.” (emphasis added)

“Fossil fuels remain indispensable for producing all of these materials. Ammonia synthesis uses natural gas both as the source of hydrogen and as the source of energy needed to provide high temperature and pressure.” (emphasis added) 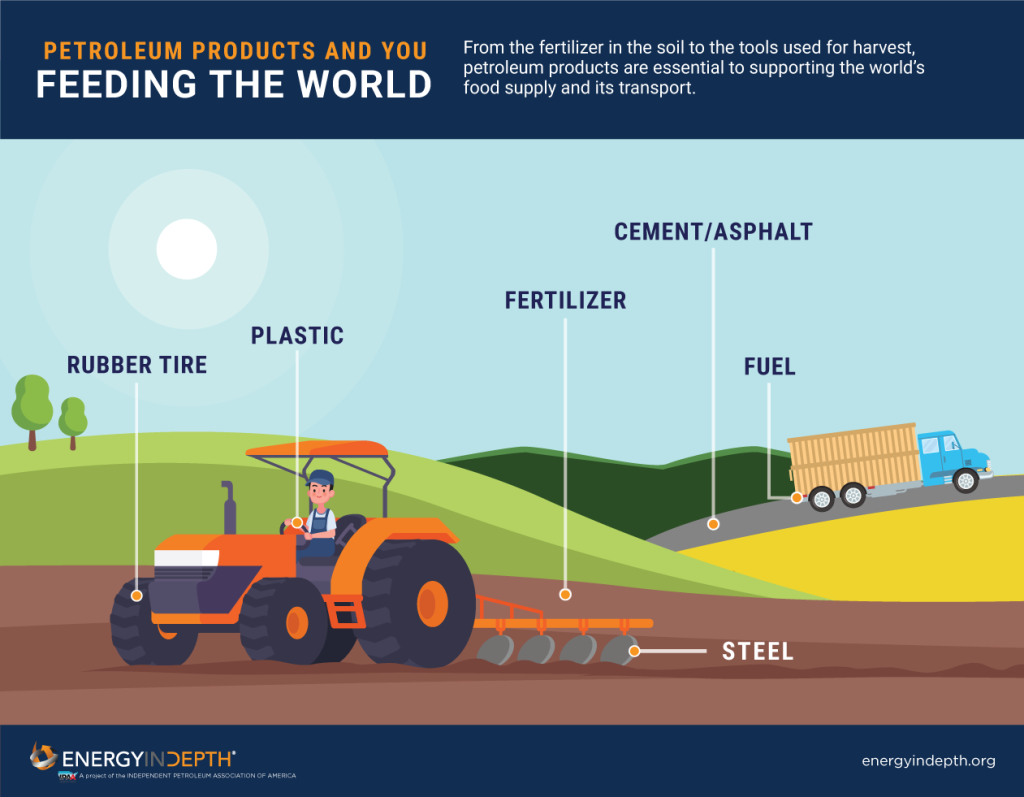 Increased demand following the steep drop during the pandemic has resulted in higher than normal global natural gas prices that have caused the price of fertilizer to spike, prompting farmers and agricultural businesses around the world to pass higher costs along to consumers.

Making matters worse, Russia, Ukraine, and Belarus collectively export a large proportion of the raw materials – including potash, nitrogen, and phosphorous – that make up fertilizer formulations. These exports have been disrupted by a combination of military activity and sanctions.

The European Union has already banned imports of Russian coal, and bans on Russian oil and natural gas appear to be imminent. Torero cautioned EU leaders against transitioning away from fossil fuels in order to lower emissions without fully considering the tradeoffs:

“We need to understand that actions have consequences. You cannot go just with the goal of climate without assuming that there is not an interlinkage over hunger.”

While Torero is “fully in favor” of lowering global emissions, he stressed that the EU’s proposed Russian oil and gas ban and European Green Deal may have significant downstream humanitarian consequences compounding the ongoing crisis in Ukraine. Today, the European Commission presented the REPowerEU Plan to “reduce dependence on Russian Fossil Fuels and fast forward the green transition.” The plan identifies two urgencies driving the transformation of Europe’s energy system: “Ending the E.U.’s dependence on Russian fossil fuels … and tackling the climate crisis.” It may be warranted to consider a third urgency – reducing the risk of mass starvation around the globe.

Torero told Politico that in the worst-case scenario:

“18.4 million more people will be chronically undernourished next year because of the war. … That comes on top of an extra 161 million people he already predicted would be tipped into desperate hunger in 2021, linked to post-Covid price shocks.”

Russia’s war in Ukraine and pandemic-related supply chain disruptions have already placed extreme stress on the global food supply, which Torero cautioned is highly dependent on a small set of nations that export a disproportionally large amount of crucial food commodities. From shipping and transport to fertilizer production, natural gas plays a crucial role in food supply and pricing.

This is a scare piece, and does not tell when the reduction in the use of natural gas can occur.  Given that there is a need for U.S. natural gas to be shipped to the Ukraine and Europe, this argument is also pro-Putin.

The following is from

• Mineralization must occur before organic-N is available for plant uptake.

This isn't to say you go to zero use of natural gas tomorrow.  But loss of soil quality from use of inorganic fertilizer from natural gas, as well as the draining of the Ogallala Aquifer, as in

are also issues that tend to raise the cost of food.

In a world where hysteria is promoted, and leads to these sorts of murders in Buffalo and Uvalde because "We're being overrun!!!", it is desirable to have reasoned discussions and present the facts in a neutral, non-self-serving manner.  Hysteria-raising may be good advertising; it's not good public policy.