The Dept. of the Interior will hold a virtual forum on Thursday to hear public testimony on the oil and natural gas leasing moratorium on federal lands the Biden administration implemented shortly after taking office.

Oil and natural gas development on federal lands primarily takes place in the Gulf of Mexico and across the West, with Louisiana, Mississippi, New Mexico, Wyoming, Colorado, and Utah among the top producing states. Unfortunately, local and state policymakers, and state industry leaders were not invited to participate in the forum to speak about their on-the-ground perspective.

Instead, many of the groups invited by DOI to provide testimony are well-known opponents of all oil and natural gas production, not just development on federal lands.

With such a slanted line-up, here are the three issues that likely won’t get a fair discussion during the forum but that are crucial for responsible oil and natural gas development:

Federal Lands Are A Huge Economic and Community Contributor

If the moratorium on oil and natural gas production on federal lands becomes a permanent ban, it’ll have huge negative consequences for the economies and state budgets of Gulf and Western states. As an analysis from the American Petroleum Institute shows, a ban would eliminate tens of thousands of jobs and cost state governments billions in tax revenue. 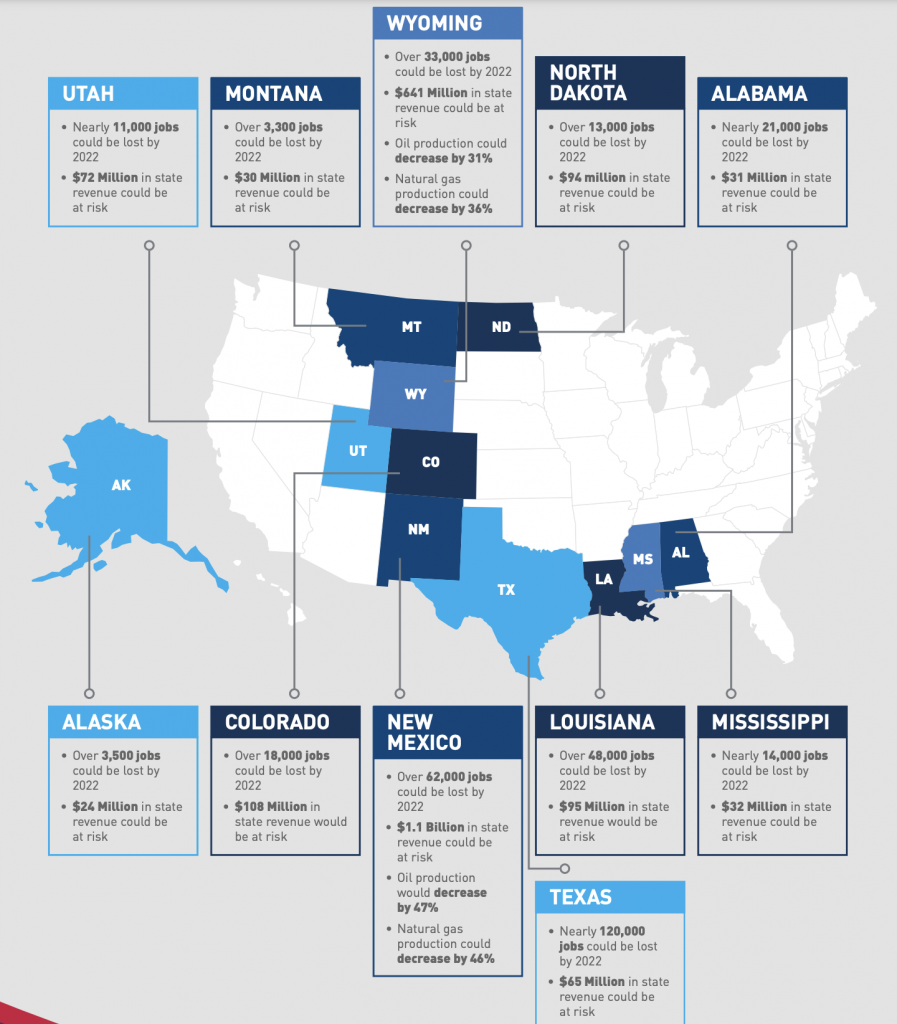 These job losses would happen as the country makes the long recovery from the COVID-19 pandemic that’s been especially difficult for blue collar and service workers that are so prevalent in the energy industry and supporting sectors. Not only would oilfield workers see job losses, but also the coffee shops, restaurants, hardware stores, and hotels that rely on a robust energy sector.

Communities would also bear the brunt of a federal lands ban as oil and natural gas production is major contributor of state tax revenue. The loss of billions of dollars to state budgets would undermine investments in education, healthcare, public safety, and infrastructure. New Mexico and Wyoming count on federal lands to provide strong financial support for K-12 education, while Gulf states use royalty funds for coastal restoration projects.

Maintaining America’s status as global superpower depends on a strong energy industry that fuels the economy and supports diplomatic relations and military strength.

In 2019, the Global Energy Institute published its 10th annual Index of U.S. Energy Security Risk, which specifically cited the shale revolution over the past decade as a primary reason the United States is on pace to achieve it’s highest security score since 1970. 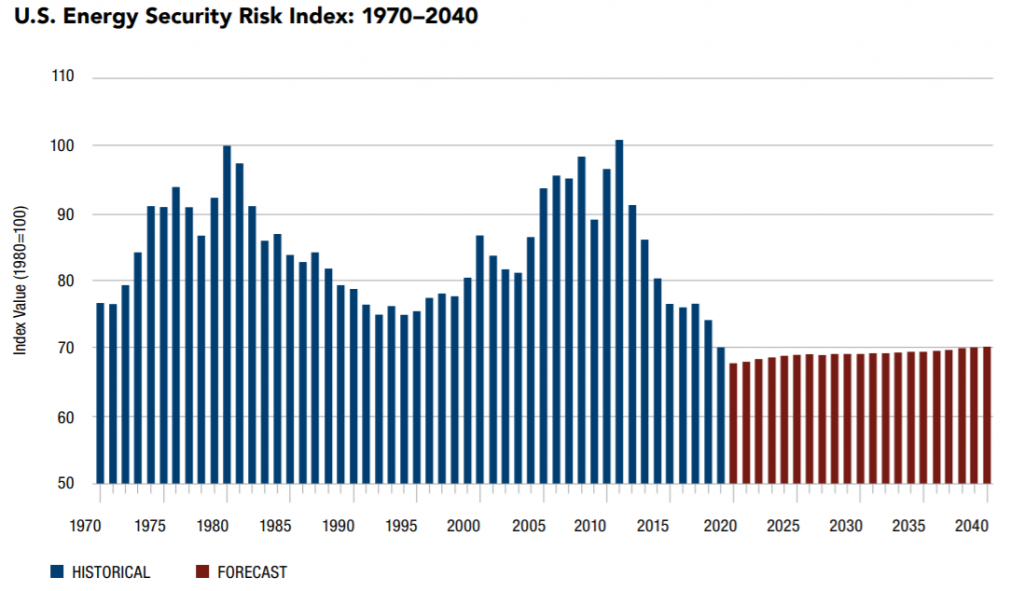 But if the moratorium on federal lands is made permanent, U.S. energy security would be jeopardized because it won’t reduce demand for oil and natural gas here at home, resulting in the need to import those fuels from foreign countries, which often times don’t share U.S. values on human rights and labor and environmental standards.

An increased dependence on foreign energy, will also increase U.S. vulnerability to supply chance disruptions like trade conflicts, extreme weather events, political whims, and wars, while limiting the ability to export American oil and natural gas to our allies abroad.

Having strong energy security ensures that the United States can power its own economy and helps maintain key leverage in critical trade and diplomatic negotiations on the global stage.

A ban on oil and natural gas production on federal lands, and its effects on the American energy industry, would be felt most severely by populations, often communities of color, who can least afford increased energy costs like higher gasoline and home heating prices.

“Lower-income people spend a disproportionate amount of their paychecks on heating, electricity and transportation. This is especially so in Black and Hispanic communities, where poverty rates are higher.”

As many cities and states seek to ban natural gas in favor of an all-electrification approach, a UCLA study forecasted that the “clean energy revolution may leave disadvantaged communities behind,” while experts at U.C. Berkley found that “Black homeowners pay $408 more a year than white homeowners.”

It’s why last year, progressive leader Jesse Jackson started advocating for the development of a new natural gas pipeline that would service a Black community in Illinois:

“However, he said, the people of this community — called Pembroke — have no gas at all and are paying exorbitantly high prices to heat their homes with propane. … ‘When we move to another form of energy, that’s fine by me, I support that,’ Jackson said. “But in the meantime, you cannot put the black farmers on hold until that day comes.’”

Oil and natural gas production is also a key economic driver for Native American tribes. While DOI will hear testimony from the National Congress of American Indians, which opposes development on federal lands, it gave no such opportunity to the Ute Tribe which had to pursue an exemption from the moratorium to support its local economy and protect its sovereignty.

The federal leasing moratorium has the potential to have real and significant impacts in communities across the country, and yet, the DOI forum set up to discuss it, doesn’t include any individuals on the ground.

While DOI maintains it will continue conversations with state governors, tribes, and others, and has opened the issue up for public comments to be submitted, those voices have been dismissed from the public forum itself skewing the conversation to reflect Beltway opinions over daily experiences.

To tune in to the forum, register via Zoom or watch the livestream at doi.gov/events.

The post The Three Issues That Likely Won’t Get Fair Discussion During DOI’s Leasing Forum appeared first on .