Tapping the U.S. Strategic Petroleum Reserve Won’t Lower Prices At The Pump This Time Either

Average national gasoline prices are edging closer to record highs set in 2008, and while the president continues to assure the country he is “using every tool at our disposal” and “work[ing] like the devil to bring gas prices down,” the administration’s efforts fall short of anything that would have a meaningful impact on U.S. prices.

In fact, despite readily available solutions, the Biden administration has yet to resume federal onshore oil and natural gas leasing – ignoring a federal court ruling the pause is really an illegal ban – and is now delaying permits again as well.

Further adding to this inaction, the tool the administration keeps coming back to is to tap the U.S. Strategic Petroleum Reserve (SPR).

NEW: US is weighs tapping its emergency supply of oil (again) to counter a surge in prices brought on by Russia’s moves against Ukraine, sources tell @AriNatter + me

While no decision has been made, “robust conversations” w/in the administration are underway

The Independent Petroleum Association of America has said this before, but it’s worth repeating: The solution to rising prices can be found domestically, but it’s not through the SPR. IPAA strongly opposes the use of strategic oil reserves to try to manipulate gasoline prices. Market interference makes us all more vulnerable and is counterproductive to long-term adjustments in the marketplace. A better solution is to enhance, rather than hinder, America’s leadership in natural gas and oil production.

The ineffectiveness of using the SPR to regulate markets was demonstrated at the end of 2021. Prices fell slightly in November and December when the announcement (release 1 and release 2) took place, but by January were back up and have since exceeded 2021’s peak. 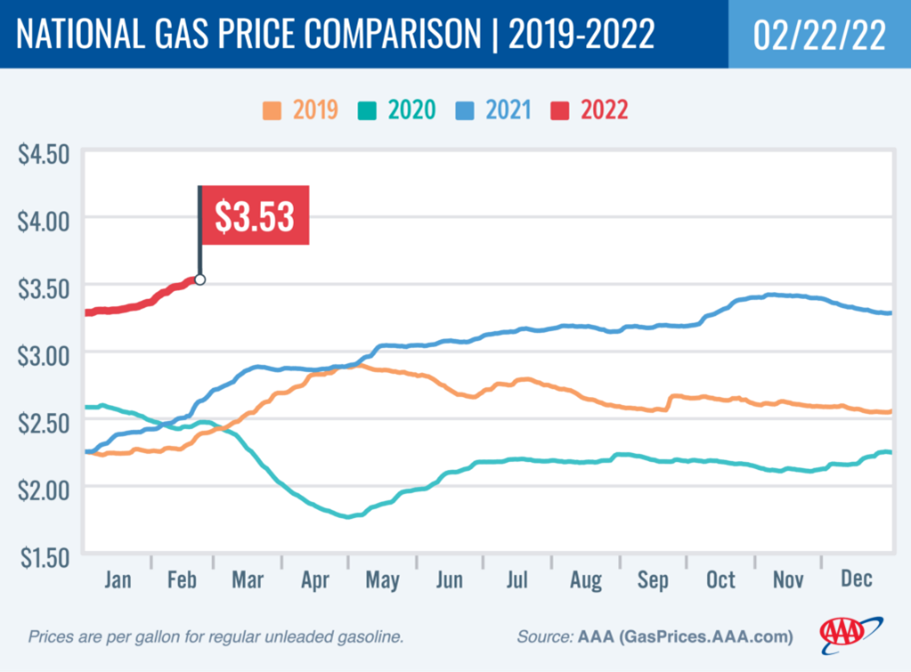 The reality is that this is not a solution to lower prices. It’s a temporary band-aid at best and to the detriment of our energy security and U.S. consumers.

The post Tapping the U.S. Strategic Petroleum Reserve Won’t Lower Prices At The Pump This Time Either appeared first on .