Retail Commodity Traders Choose Oil & Gas Over Gold According to Report by Capital.com

Oil and gas products are becoming more scarce due to the sanctions placed on Russia for invading Ukraine. As a result, the general outlook of the global markets has been bearish amid rising energy prices.

Generally, commodities have often acted as a safe haven when markets are plummeting. However, while gold still continues to attract a significant increase in activity, oil and gas trading seems to have become the new safe haven, according to a report published by markets research and brokerage platform services provider, Capital.com.

Overall, the platform reported that the absolute number of commodity trades increased by 85% in March, following an 18% rise in February and a 10% jump in January. The report also goes on to say that crude oil transactions galloped by a whopping 174% during the first quarter of 2022.

Oil is the most popular trading instrument

As a result, crude oil topped the list of the 15 most popular tradable instruments in the market between December 2021 and March 2022. Gold, on the other hand, could only manage the fourth spot. 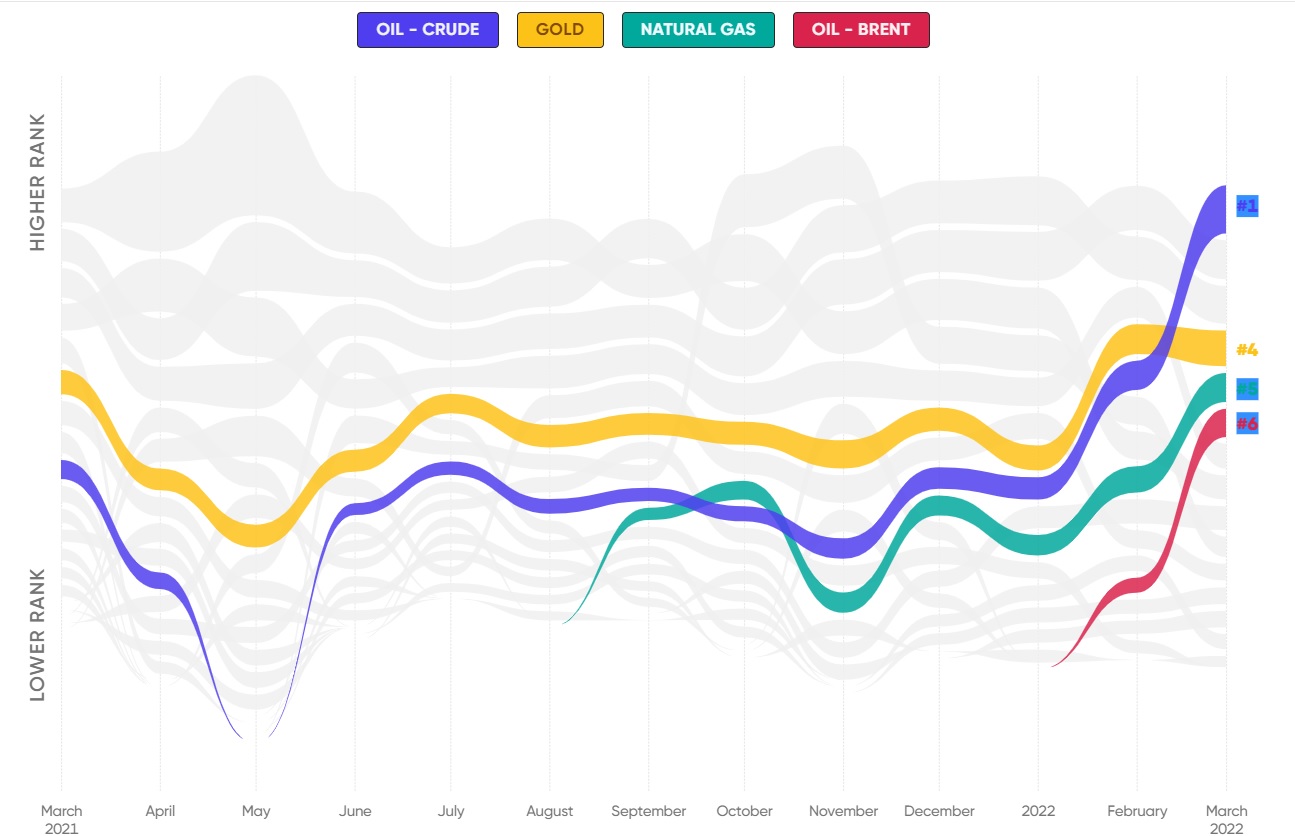 The rapid increase in oil and gas transactions is backed by the rise in crude oil prices, which nearly doubled between December and March. In the first week of March, oil prices reached a multi-decade high of about $130 per barrel, before pulling back in April and May to the current level of $110.

Capital.com chief analyst David Jones commented: “What we have here is traders chasing momentum in the energy markets by speculating on oil and gas. Separately, there was the traditional flight for safety into gold and dollars, with retail traders following institutional wisdom in this regard.” 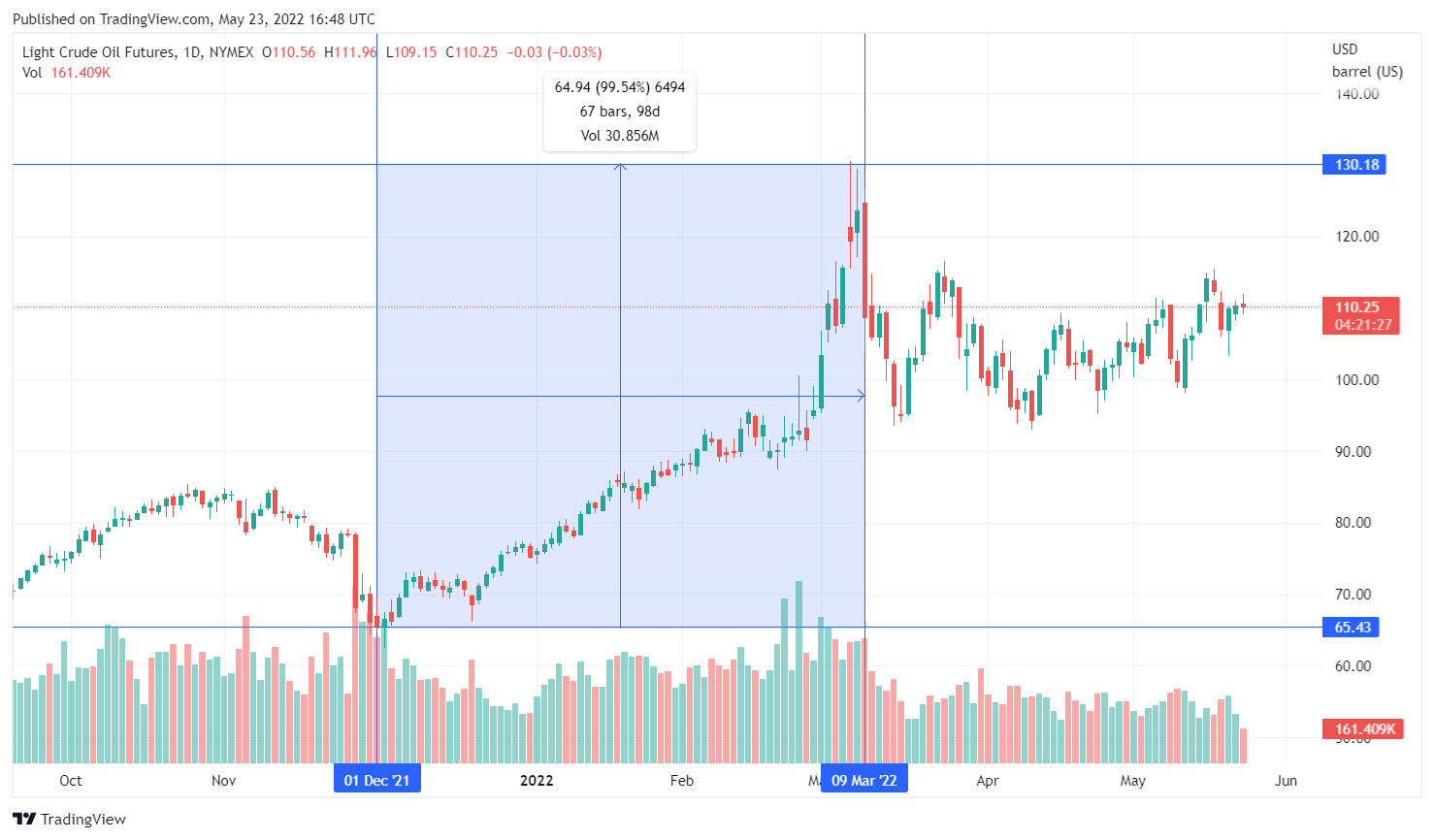 Oil prices increased gradually between December 2021 and February 2022 before rocketing sharply to hit new multi-decade highs at the start of March.

Putin’s invasion of Ukraine followed by the sanctions placed on Russia has played a crucial role in the rapid rise in oil prices. The sanctions have created a scarcity of oil and gas in the market.

However, recent reports suggesting the EU is willing to go against the US and continue buying oil and gas from Russia using the Rubble have brought some optimism back to the market, resulting in the current stability of the crude oil price.

The light crude oil has oscillated between $110 and $100 since late March. Therefore, with the chances of oil prices rising abnormally reducing, trading activity in the oil and gas products could yet stabilise.

How long before the light crude oil falls below $100?

Nonetheless, data still indicates that it could be long before oil prices begin to decline to average levels after breaking the $100 mark.

On the contrary, the gold price has already pulled back to trade below $1,850 after spiking to new 16-month highs of about $2,070. The gold price is now trading in-an-around its current average of the last two years, $1,800.

This also shows that investors have been quick to pull out their investments in gold compared to crude oil.