Oil production in North Dakota recovered by 1% bo/d in April to 1.08 million (hz. wells only). But drilling and completion activity is near a decade-low and the production outlook negative. 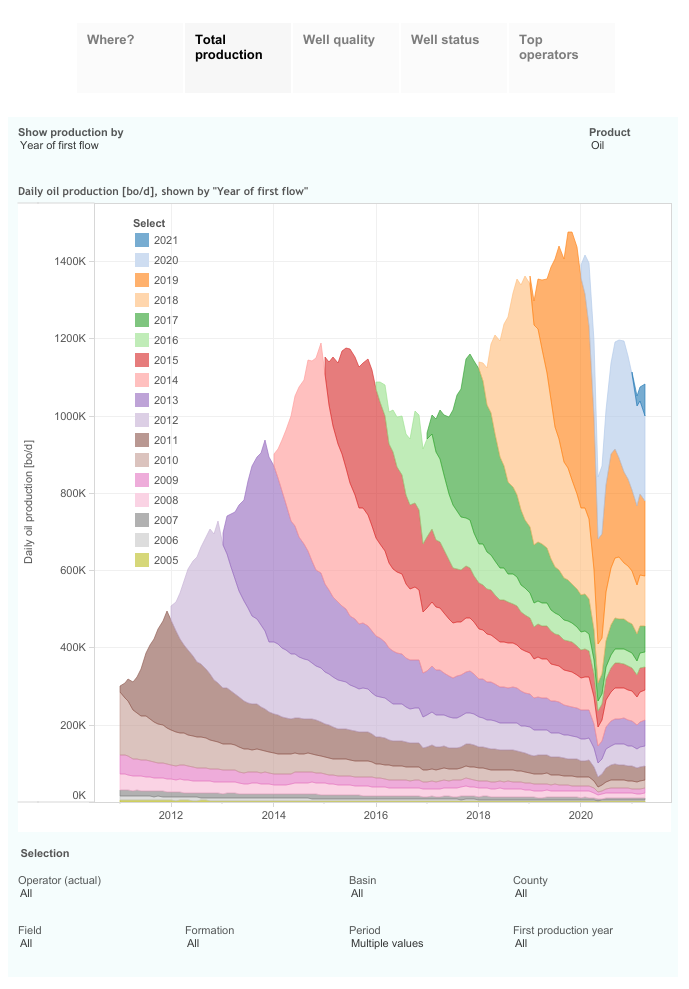 These interactive presentations contain the latest oil & gas production data from all 16,427 horizontal wells in North Dakota that started production from 2005 onward, through April.

Just 15 rigs were drilling horizontal wells last week (source: Baker Hughes), which is 1/10th the number that were active here 10 years ago (even though output is quite a bit higher!). Our outlook based on this number can be viewed in our Supply Projection dashboard: 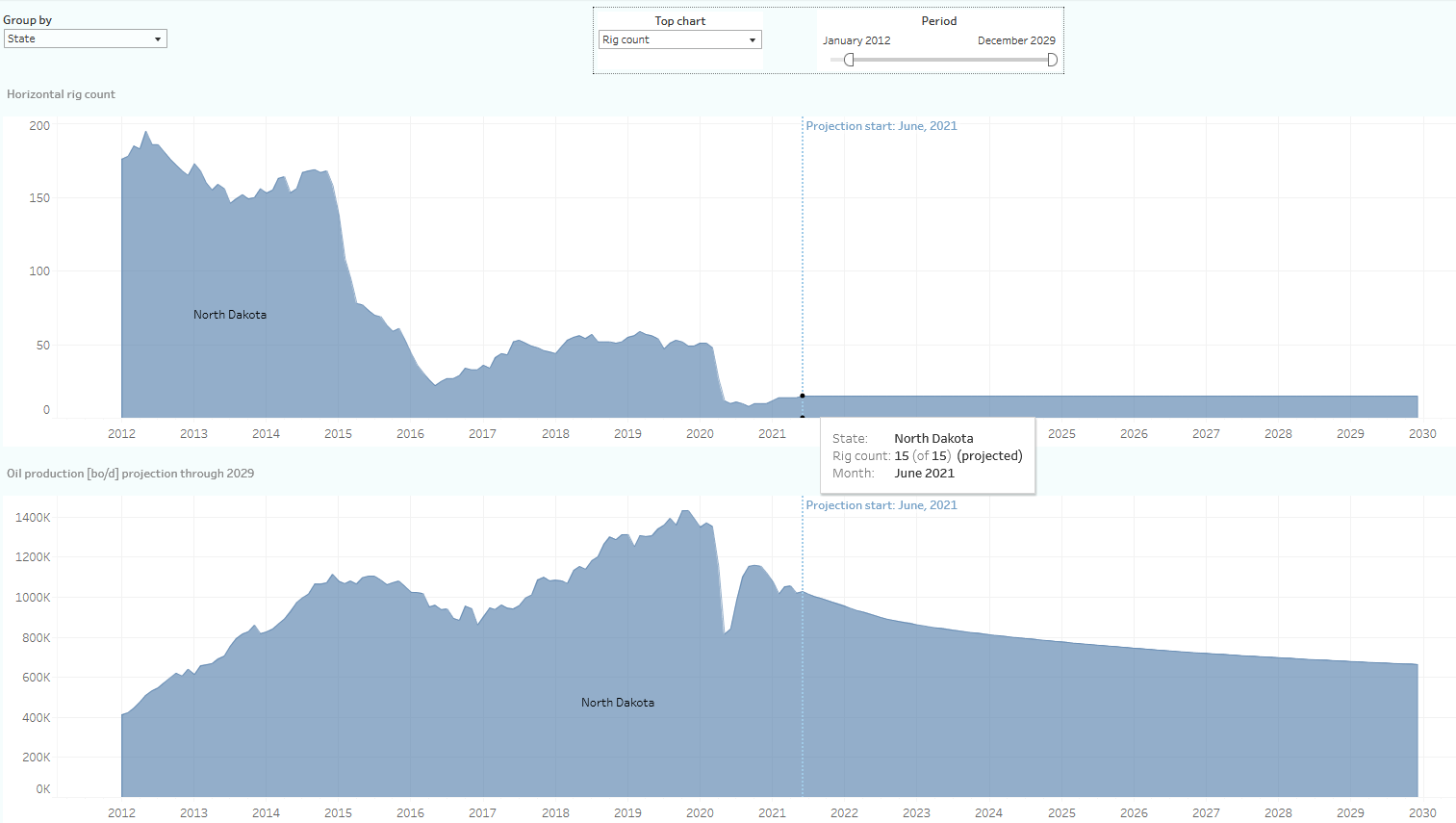 Tight oil outlook in North Dakota, based on the current rig count and well/rig productivity.

Well performance is basically unchanged since 2018, as you can see in the bottom chart of the “Well quality” tab.

That coincides with the moment that lateral lengths and proppant loadings stopped increasing, on average: 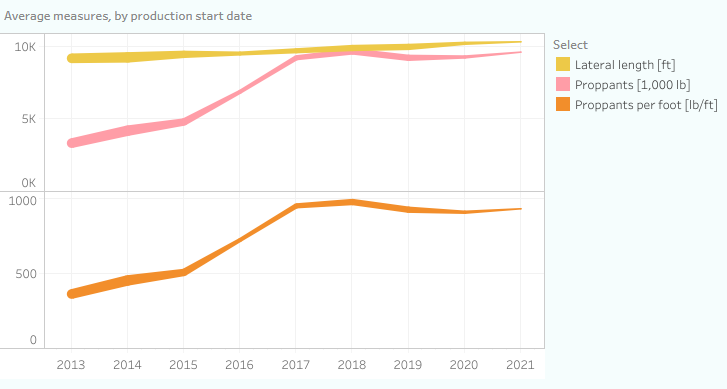 Although we typically use averages, it’s also interesting to analyze how the best wells are performing. In the following chart, from our Productivity Ranking dashboard, you can see all the horizontal wells in North Dakota that came online since 2008 ranked by their cumulative oil recovery in the first 2 years on production: 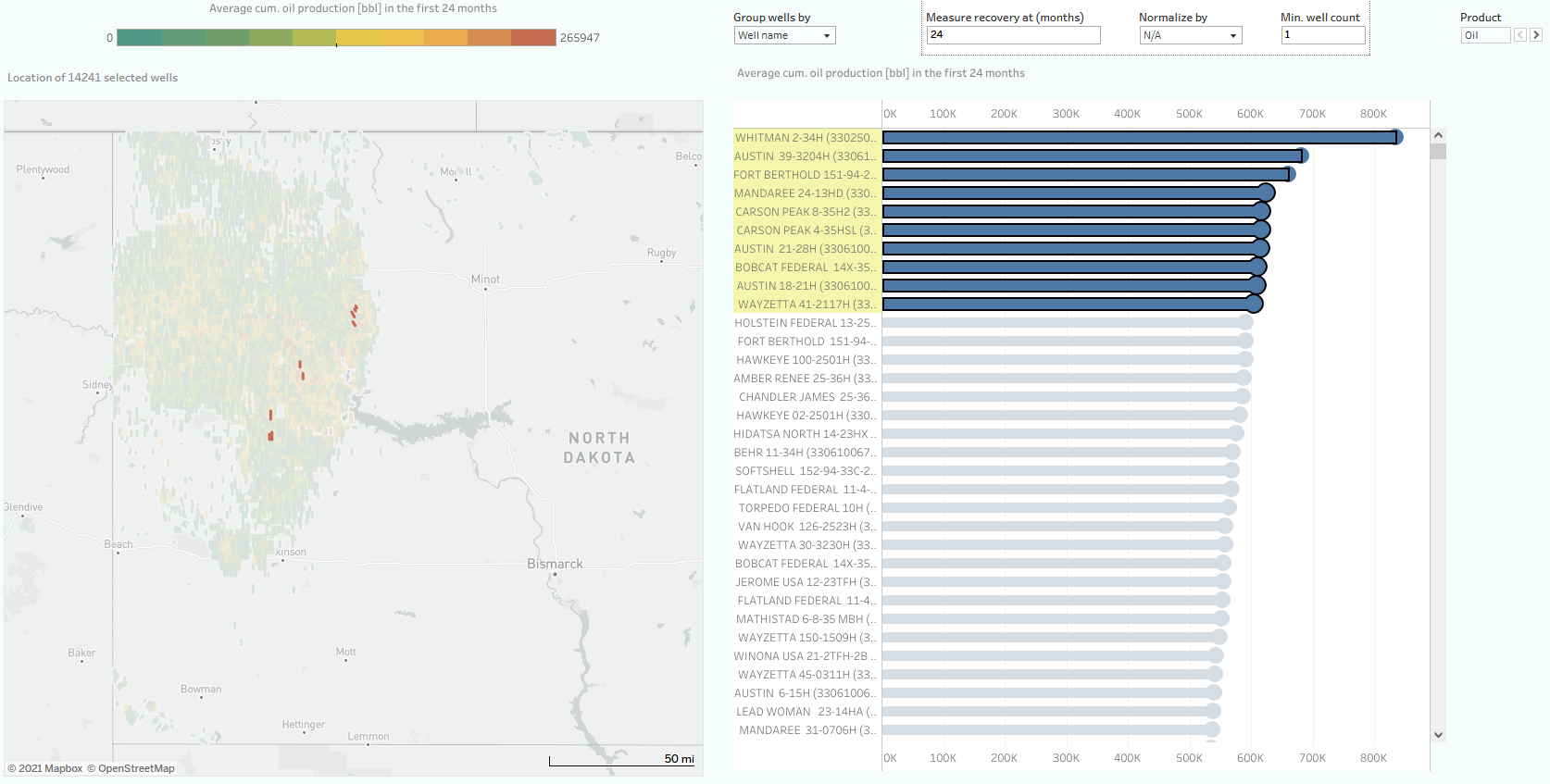 We find exactly 10 horizontal wells that recovered over 600 thousand barrels in their first 2 years online. They are selected and their locations are shown on the map.

The Whitman 2-34H scored the best on this metric, with 835 thousand barrels recovered in just 2 years. This Middle Bakken well was completed in September 2011 by Continental Resources in Dunn County, and it peaked at 1,697 bo/d. It has now produced almost 1.8 million barrels.

Permit activity has fallen again this quarter; through June 9th only 87 new permits were approved in the 2n quarter this year: 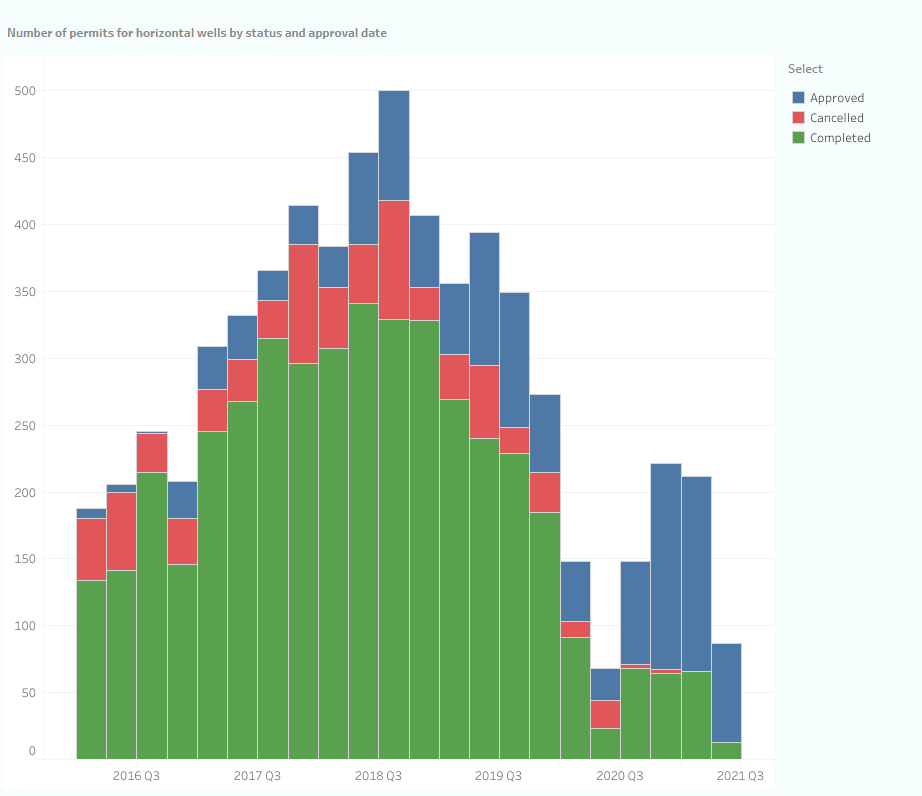 Permit activity in North Dakota, by quarter, through June 9th 2021

Most new permits this quarter were filed by Hess (15) and Continental Resources (12).

The final tab shows the top 10 operators in the basin. Slawson, Petro-hunt and Enerplus (through its acquisition of Bruin) were the only operators that were at or near record production in April.

We just published a new report on the latest developments in the major US tight oil basins, which is freely available here: ShaleProfile Insights June 2021

Visit our blog to read the full post and use the interactive dashboards to gain more insight: bit.ly/3gqXcsP