Natural gas and oil play a critical role in nearly every aspect of our modern lives. From the gasoline in our vehicles to the clothes in our closets; from hospital backup generators to the in-home wireless internet services many Americans enjoy, the products we use on a daily basis would not be possible without a steady supply of natural gas and oil.

The production, transportation, and end-use consumption of these natural resources has led to a strong state economy in the Buckeye State, increased employment of Ohio workers, consumer savings, and noteworthy environmental achievements.

As the Ohio Oil and Gas Energy Education Program (OOGEEP) knowledgeably point out in the launch of their Essential Ohio Energy campaign:

“We may not always recognize how natural gas and oil is part of our lives, but we would if it were gone.”

OOGEEP is calling on Ohioans to consider what life might be like without the products, power, and jobs the natural gas and oil industry provide.

Modern hydraulic fracturing technology has enabled Ohio natural gas and oil production to reach record highs in a matter of years, allowing the state to become the sixth-largest producer of natural gas and thirteenth-largest producer of oil in the United States. The Utica Shale found in Ohio’s rock formations is attributed to the rapid production increase, which was more than 30 times higher in 2019 than in 2012, federal Energy Information Administration data shows.

With Ohio and the Appalachian Basin’s abundance of this valuable resource, natural gas became the primary fuel source for electricity generation in the state in 2019, granting Ohio consumers a reliable power source that costs significantly less than the national average.

It is because of this, that Ohio is among the top ten states for electricity generation – a main driver behind the state’s anticipated nearly $15 billion in natural gas power plant investments that have been announced over the last five years. This transition to more natural gas-fired electricity supports local jobs and is credited as the reason for Ohio’s air quality improvements (more on that below).

To date, the shale industry has saved Ohioans nearly $45 billion in home energy costs since 2011, and an additional $78 billion has been invested in shale-related activities in the state, according to a Cleveland State University report.

The upstream, midstream, and downstream sectors of Ohio’s natural gas and oil industry supports more than 200,000 good-paying jobs, which have an average annual salary of $83,000 ($32,000+ higher than average U.S. salaries across all industries), according to a recent Ohio Department of Jobs and Family Services analysis.

Appalachian states of Ohio, Pennsylvania, and West Virginia make up the “Shale Crescent” region of the United States, which are together the third-largest producer of natural gas in the world, and account for 85 percent of the nation’s total natural gas production growth between 2008 and 2018.

Natural gas and oil serve a dual purpose in the manufacturing industry, with its primary components containing the building blocks needed to produce everyday consumer items. Often, natural gas also serves as a feedstock for operations, which can be used to manufacture essential items ranging from pharmaceuticals to fertilizer.

The prolific shale reserves in Appalachia create generational opportunities for continued growth in the downstream sector, particularly in manufacturing. Ohio’s abundant natural resources, coupled with its close proximity to major international trading ports, makes the state an attractive location for manufacturing businesses to start or grow their operations.

Appalachia has already seen some of these opportunities come to fruition. For instance, Royal Dutch Shell’s $6 billion petrochemical complex is being constructed along the Ohio River – currently supporting approximately 6,000 construction jobs, and will permanently employ about 600 full time workers at its location in Beaver County, Pennsylvania.

Ohio is at the tip of the spear in realizing the same type of consumer and economic benefits, with a PTT Global ethane cracker plant of its own proposed for Belmont County.

In addition to the overwhelming economic and consumer benefits of natural gas and oil, the environment is also healthier, primarily because of the increased use of natural gas for power generation – and Ohio is leading the charge.

And across the board, Ohio’s emissions of other harmful air pollutants have also declined significantly, according to the Consumer Energy Alliance:

Debatably one of the lesser known benefits – yet equally as essential – of Ohio-produced natural gas and oil is that it creates millions of life’s everyday products. Here are just a few examples of the many life-saving and critically important products derived from natural gas and oil: 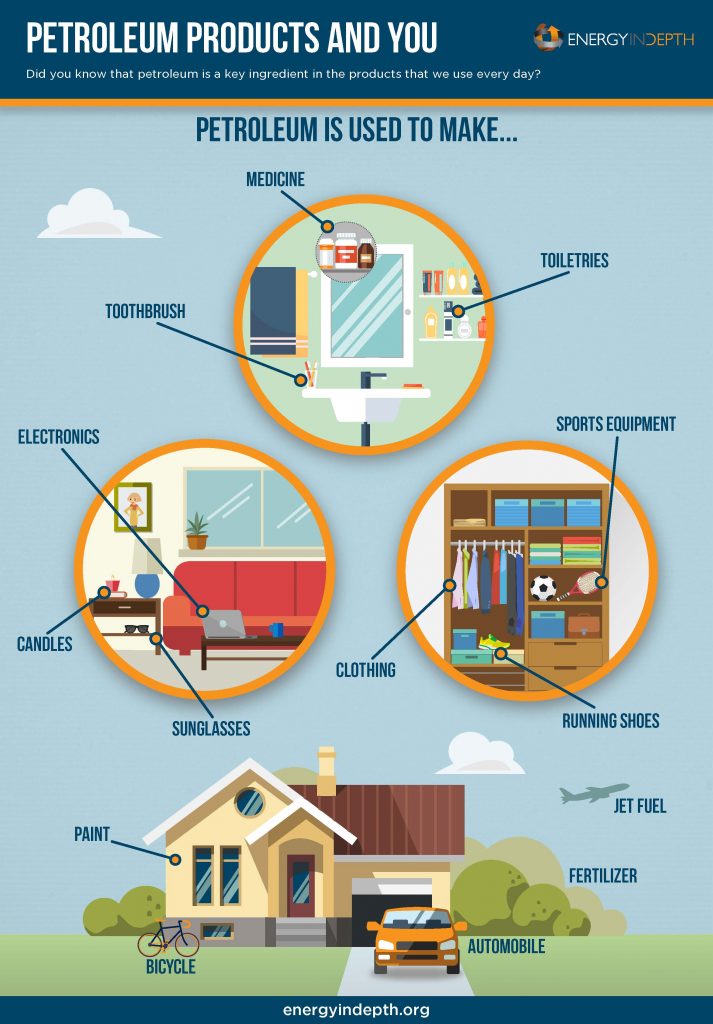 After nearly a decade, the benefits of Ohio’s shale developments are clear, significant and leave no doubt that they are an essential part of everyday life in the state. The Buckeye State’s natural gas and oil are not only powering the state, but creating jobs, improving the environment and helping to reinvigorate a region of the country that was once called the “Rust Belt.”

The post Ohio: Producing the Energy That’s Essential to Life appeared first on .