Boston is importing liquefied natural gas from Russia, while the U.S. is #1 in natural gas production in the world with arguably the lowest price natural gas in the world. New York Governor Andrew Cuomo has banned hydraulic fracking and new interstate natural gas pipelines in his state, forcing the Northeast (NE) states to look elsewhere for natural gas…across the Atlantic Ocean in the Russian Arctic.

This action to import Russian LNG only increases the price of gas to NE consumers, but also introduces greater risk due to a long gas supply line (4,500 miles one-way) from Russia while those tankers add more emissions to our environment. It also increases the cost of natural gas to the NE which is over 200% that in neighboring states to the southwest. Plenty of gas is available from Pennsylvania, Ohio, and West Virginia, however insufficient New York (NY) pipeline capacity and lack of NY ambition inhibits the free market working its wonders for NE residents. 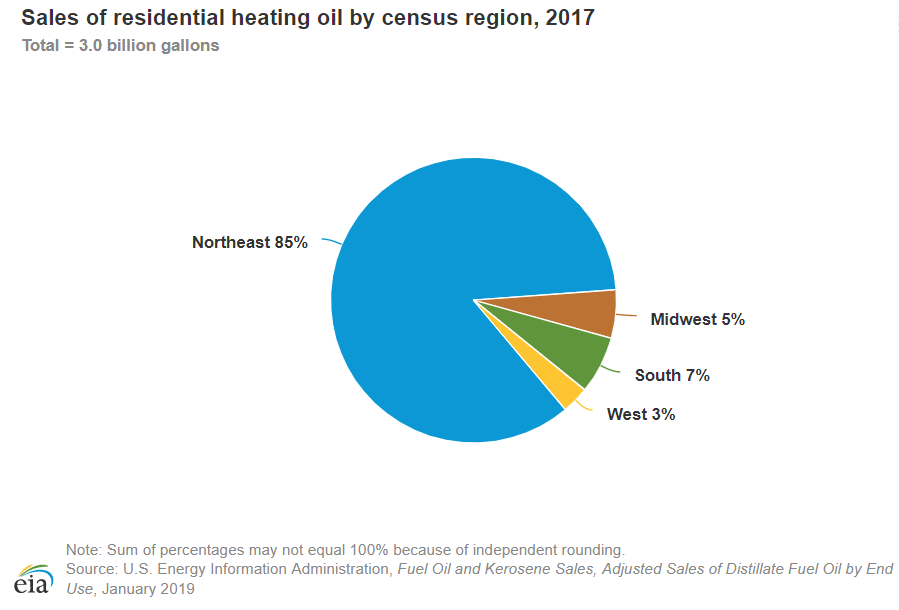 If all of the Northeast switched from heating oil to natural gas, the region would save almost 18.5 million tonnes of CO2 per year. Unfortunately, this is not possible due to natural gas pipeline supply constraints that are only getting worse.

Gov. Cuomo's threat appears to be short sighted as alternatives he stated were shipping gas via trucks vs. pipeline delivery. Those alternatives would be more costly to consumers, with more environmental and safety risk. With no new gas pipelines allowed in the state and no fracking, future winters could be very cold for New Englanders and New Yorkers...a man-made catastrophe. Under Cuomo, New York has unilaterally halted interstate pipeline construction, undermining the ability of other northeastern states in the region from accessing low-cost, American natural gas.

The article picture shows the Gaselys LNG tanker sitting at the Engie SA Everett import terminal in Boston on 28 Jan 2019. The giant tanker was carrying the first LNG exported by the Yamal facility, a $27 billion project whose majority owner is the Russian company Novatek. The Everett LNG terminal is the only LNG import terminal still operating in the lower 48 for the last 40 years, is owned by the giant French multinational Engie, and meets about 20 percent of the market demand for gas supplies in New England and the Northeast. Source: https://www.washingtonpost.com/business/economy/tanker-carrying-liquefied-natural-gas-from-russias-arctic-arrives-in-boston/2018/01/28/08d3894c-0497-11e8-8777-2a059f168dd2_story.html

Chart 1 shows the 4,500 mile route of Russian LNG from the Yamal peninsula to Boston in early 2019.

Chart 1: Route Of Russian LNG from the Yamal peninsula to Boston 2019

The cold snap in New England early in 2019 and the shortage of pipeline capacity from gas-rich Pennsylvania created an appetite for natural gas imports even as the United States has exported LNG from other terminals on the Gulf Coast. Earlier in May 2019, some utilities resorted to burning relatively costly oil to meet heating demand, further exasperating CO2 emissions problems.

The U.S. has been the world’s No. 1 natural gas producer in every year since 2009, yet New England has a shortage of pipeline capacity from gas-rich Pennsylvania that has caused the LNG importation from the Russian Arctic 4,500 miles away. In spite of a huge supply of domestic natural gas, New England relies on imported LNG from faraway countries for about 20% of its supply.

What is the issue with solving this supply problem with increased pipeline capacity through New York? Perhaps political obstacles driven by environmental groups? Over the past two years, two major natural gas pipeline projects have been cancelled due to regulatory issues. Massachusetts and New Hampshire blocked the $3 billion Access Northeast Pipeline.

People in New England should have access to reliable and affordable natural gas produced here in the United States, not in Russia’s Arctic. Expanding the pipeline capacity from the Marcellus shale gas fields in Pennsylvania to the New England region makes more sense than importing LNG. Even the Boston Globe has criticized the importation of LNG from Russia into the Everett LNG Import Terminal near Boston's Logan Airport.

While Massachusetts is importing LNG from Russia, Eastern and Western Europe (Latvia, Estonia and Lithuania) want to find other sources of natural gas and are coming to the United States as a growing source of LNG. Massachusetts’ anti-fossil-fuel policies are the primary reason why the state has relied on LNG imports from a Russian company that the State Department sanctioned during the Obama Administration.

Without access to cleaner-burning natural gas that is cheaper per million British Thermal Units (BTU) than fuel oil, the Northeast is saddled with higher CO2 emissions and higher cost for the NY decision to ban gas pipelines into the region.

LNG results in greater emissions than pipeline gas because cooling the gas to minus 260 degrees Fahrenheit and then shipping and re-gasifying it requires more energy than pumping natural gas through domestic pipelines. Generally, LNG produces 5 to 10 percent more emissions over its entire life cycle than piped gas.

The reasons for NE using American natural gas instead of importing Russian LNG are the following:

While Massachusetts is importing LNG from Russia, Eastern and Western Europe (Latvia, Estonia and Lithuania) want to find other sources of natural gas and are coming to the United States as a growing source of LNG. Massachusetts’ anti-fossil-fuel policies are the primary reason why the state has relied on LNG imports from a Russian company that the State Department sanctioned during the Obama Administration.

The geopolitics of this all is enough to make your head spin. Add to that the uncertainty in pricing that it brings (look at what the coronavirus is doing to oil/gas markets the past few weeks), and it shows how despite being net exporters of petroleum products that the U.S. is anything but energy independent.

We can be more energy independent if we will let science, good business acumen, and common sense rule the day vs. purely political decisions.