I am an energy policy and economics researcher. My work consists of modeling energy systems. I developed most of the sectors in the KAPSARC Energy Model, which represents the Saudi energy system;...

In 2009, G20 member states agreed to phase out subsidies on fossil fuels "in the medium term". This article describes the efforts made by one those states, Saudi Arabia, in that regard. 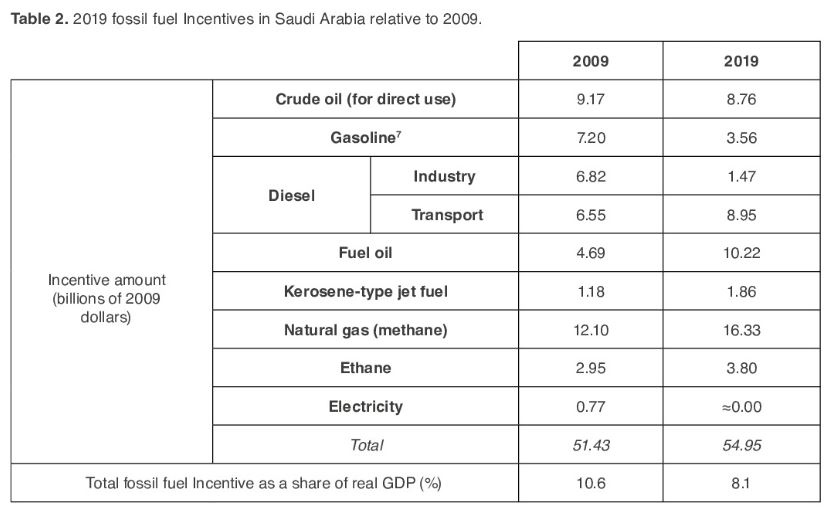 Oil and gas are still being offered to utilities and industry at below market values, but some challenges stymie further energy price changes. Even with price-induced energy efficiency investment, the competitiveness of local industries is a major issue. For petrochemicals and fertilizers, rising natural gas production in the United States, and thus lower ethane and natural gas prices, is a concern for local policy makers. The regional competitiveness of the cement, aluminum, and steel industries has also garnered attention. Another issue to overcome is that of public acceptance without expanding government transfers. Especially in the cases of cost-reflective electricity pricing and incorporating externality costs in the prices of transport fuels.

However, mitigating circumstances are expected over the next ten years: One, the kingdom is planning to boost its natural gas production. Two, the costs of alternative energy technologies will likely continue to fall. Matar and Shabaneh (2019) show that the domestic market-clearing, or unsubsidized, price for natural gas would fall considerably by the end of this decade with the higher domestic supply. A lower market-clearing price for natural gas, coupled with lower alternative technology costs, would allow the government to lift the remaining oil subsidy with more ease relative to the status quo. At that point, all oil and natural gas subsidies could be removed.

How much do you think collective decisions from OPEC will affect any of these subsidy decisions moving forward, or will Saudi Arabia continue to dictate the bulk of the movement?

Given its population size, energy prices, and level of economic output, Saudi Arabia is responsible for the largest amount of fossil fuel subsidy in the G20 (and by extension, OPEC). Its policies will have the biggest impact on global fossil fuel subsidy amounts.

Also, I'd like to add that the current price of natural gas in Saudi is 1.25 $/MMBTU. With current Henry Hub prices hovering around 1.8 $/MMBTU, Saudi Arabia can't risk losing competitiveness on fertilizers (and by extension, ethane-using petrochemicals). Raising the natural gas price above Henry Hub would destroy local industry.