E-Fuels: A technoeconomic assessment of European domestic production and imports towards 2050 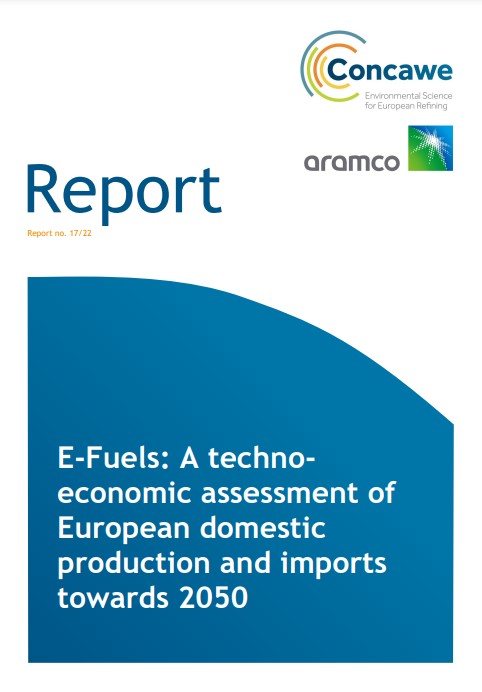 Concawe and Aramco have jointly commissioned this study, aiming to conduct a techno-environmental (Part 1) and economic (Part 2) analysis of different e-fuels pathways produced in different regions of the world (North, Centre and South of Europe, as well as Middle East and North Africa) in 2020, 2030 and 2050, with assessments of sensitivities to multiple key techno-economic parameters.

The study also includes: - An assessment of stand-alone units versus e-plants integrated with oil refineries - A comparison of e-fuels production costs versus fossil fuels / biofuels / e-fuels produced from nuclear electricity, - An analysis of the context of e-fuels in the future in Europe (potential demand, CAPEX, renewable electricity potential, land requirement, feedstocks requirements) - A deep dive into the safety and environmental consideration.