Responding to comments by Green Party Leader Elizabeth May who said the oil industry is “dead,”the leadership of McMurray Métis Local 1935 are inviting May and Bloc Quebecois Leader Yves-Francoise Blanchet to tour the oilsands once safe. McMurray Métis immediately invited the Green Party leaders after they made their statements Wednesday morning:

“We totally disagree with your comments to shut down the oilsands. That said we would like to invite you to Fort McMurray to visit our Métis community and see the positive benefits of responsible resource development on our Indigenous people.”

In their rebuttal to May’s comments, representatives with McMurray Métis Local 1935 spoke on how British Columbia and Québec, the provinces May and Blanchet represent, benefit economically from the oil industry.  McMurray Métis CEO Bill Loutitt said many Québec residents live and work in Alberta for the oil industry and that the shift away from oil and gas is not economically feasible:

“Yes, we need to look at other ways to diversify the economy, but for now oil is going to remain a major commodity. It’s there and we should continue producing it in a safe, reliable way.”

If the Green Party leaders decide to visit, it would be the second time a critic of the oil and gas industry toured the province’s oil sands. In late 2019, leaders of two indigenous groups met with climate activist Greta Thunberg to explain why multiple organizations representing Canada’s indigenous population were invested in oil and gas.

Loutitt expressed that the province’s youth have the opportunity to stand up and speak out for the future of jobs in the region:

“When I was young, we had to fight to get work and move ahead. Now the opportunities are there for our youth.”

A new report by the Montreal Economic Institute is proposing natural gas as the most viable solution for meeting Quebec’s energy needs. The report realizes the potential for hydroelectric power but acknowledges that complete electrification of the economy comes with considerable challenges. Natural gas, the report argues, is the best solution to fulfilling the provinces energy demand:

“A common perception is that Quebec could quickly electrify its entire economy. Hydro-Québec’s production capacity is not infinite, especially during peak winter periods. Yet alternatives to hydroelectricity exist for increasing the province’s energy production. Natural gas in particular has several advantages in the Quebec context.”

The solution, the report concludes, is expanding natural gas production to fill the gaps in energy demand and Hydro-Québec’s production. With several billion cubic meters of recoverable natural gas reserves, the region could produce enough energy to power Québec for several decades and would create hundreds of jobs:

“Quebec’s recoverable reserves of natural gas, concentrated in the southern part of the St. Lawrence Valley, are estimated to be between 250 billion m3 and 1,150 billion m3. At the current rate of consumption, Quebec would have sufficient reserves for at least 40 years… In addition to creating high-quality jobs in a time when these are becoming harder to find, the emergence of a gas industry in Quebec would increase its energy independence and place it in a better position to face future crises, if these should disturb normal supply chains.”

Marc Miller, Canada’s Minister of Indigenous Services, has responded to a letter from the National Coalition of Chiefs asking the Minister to support the oil and gas industry so that Indigenous workers can continue to provide food to their families due to complications from COVID-19 and market fluctuations.

In his letter, Miller does not guarantee actions will be taken to protect Indigenous workers in the oil and natural gas industry, but overviews several opportunities for members of the Indigenous community to receive financial assistance:

“Further, our government continues to explore additional options to support vital Canadian industries, including oil and gas, to protect well-paying middle-class jobs and to support cornerstones of our economy throughout these unprecedented times.”

Miller states $305 million will be allocated through the Indigenous Community Support Fund to address immediate needs of First Nation, Inuit, and Métis Nation communities. An additional $100 million in aid will go towards supporting preparedness in First Nation and Inuit communities.

The post Canadian Energy Weekly Round-Up: May 18, 2020 appeared first on .

Germany, Australia, the Netherlands, now Portugal.  The government recently approved the national strategy for hydrogen, which foresees investments of 7 billion euros “by 2030”. Dr Massey and I revisit hydrogen:

New York and New Jersey’s recent decision to block the Northeast Supply Enhancement project could put into jeopardy millions of homes which will require natural gas for heating during the 2021 winter season. The planned $1 billion pipeline would...

An update on the UK's Hydeploy Hydrogen trial  Dr Massey and I revisit hydrogen: 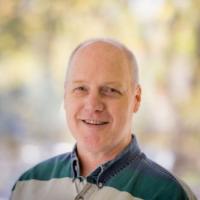 Bob commented on ...
Responding to the growing demand for methane-differentiated gas

Prefer the transcript over the audio