Last week, California requested that the U.S. Department of Energy allow it ramp up natural gas generating stations to maximum operating capacity in the face of the “electric reliability emergency” facing the state.

California Independent System Operator (CAISO), which manages electricity across the high-voltage, long-distance power lines for 80 percent of the grid serving California, made the request to DOE for increased natural gas power generation in order to “meet demand in the face of extremely challenging conditions including extreme heat waves, multiple fires, high winds, and various grid issues.” 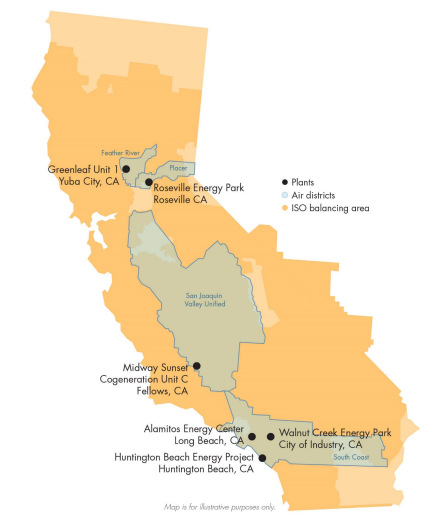 The last time California made this kind of move was during the early 2000s California energy crisis. This time, DOE approved the order to allow natural gas plants to “operate at maximum generation output levels in order to preserve the reliability of the bulk electric power system due to ongoing wildfires, extreme heat, and droughts causing a diminished ability to generate hydropower resulting in higher than usual electricity demand.” (emphasis added)

California is pursuing an aggressive decarbonization effort while promoting renewable energy such as wind and solar. Yet, while Gov. Gavin Newsom takes action to halt hydraulic fracturing by 2024 and oil extraction by 2045, California continues to rely on these traditional fuels to meet energy demand, especially in emergency situations. As energy demand continues to grow, natural gas will play a critical role in ensuring grid reliability.

“The emergency request highlights the conflict between California’s green aspirations and the physical reality that wind and solar thus far haven’t been able to cover power shortfalls exacerbated by the shuttering of gas-fired generators.”

And as Energy In Depth has noted before, natural gas and renewables are friends, not foes because natural gas can quickly ramp up power generation when other sources aren’t adequately available. Colorado and Pittsburgh, among many other places, have shown that this balance is a strong strategy.

The irony is the state has experienced this very situation before. In response to the 2000-2001 energy crisis when rolling blackouts were common, the state commissioned natural gas plants to make sure residents, hospitals, and other services had access to reliable electricity. Since then, California has been closing natural gas plants and simultaneously experiencing grid reliability issues. This is despite a 2018 Union of Concerned Citizens  study that claimed the state could close 28 natural gas-fired plants immediately without impacting grid reliability – a claim that has since been shown to be completely untrue.  In fact, California continues to rely heavily on natural gas during peak consumption. 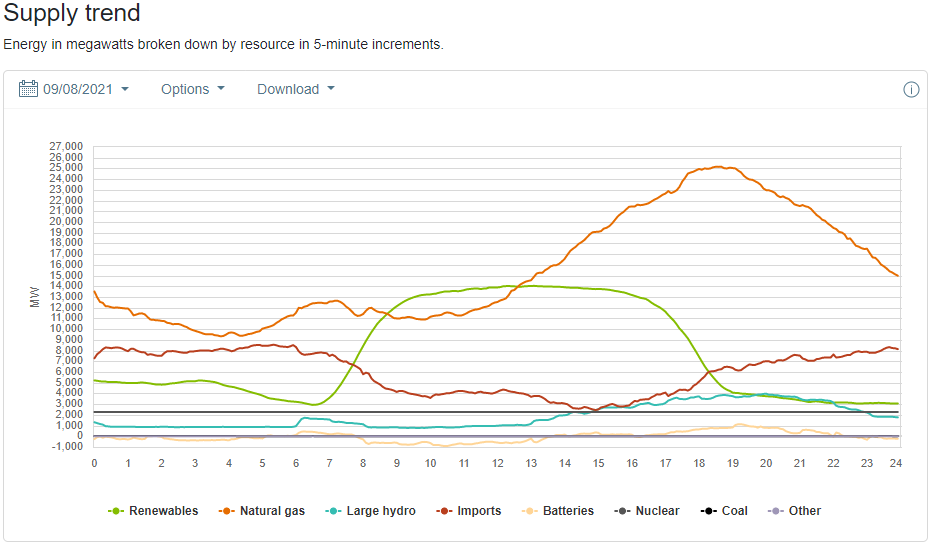 CAISO’s request to DOE in the face of this “electric reliability emergency” could have been prevented. Instead of transitioning away from natural gas and prematurely closing plants, California can look to other places around the country where natural gas is used to complement renewable energy.

Not only will this ensure that residents, businesses, and critical public services have the power they need, but it will also help ensure all energy sources are meeting emission regulations, an important step in meeting climate goals.

According to CAISO President Steve Berberich it was the shutdown of San Onofre Nuclear Generating Station (SONGS) in 2013 - together with baseload gas plants - that led to California's 2020 reliability problems.

That "Energy in Depth" and its fossil-fuel sponsors are launching a media blitz in advance of pending events is a good sign. They're discovering Californians are tired of watching their electricity bills skyrocket in tandem with California's gas consumption; that they're tired of promises of magical "batteries", charged by the sun and wind, that never materialize; that they're tired of hearing how natural gas is reliable after a pipe rupture at the Aliso Canyon reservoir led to the worst greenhouse-gas leak in U.S. history.

Most importantly, Californians are beginning to understand why shutdown of Diablo Canyon will make California's 2030 climate goals unattainable - and that closing this state-of-the-art nuclear plant is All. About. Selling. More. Gas.