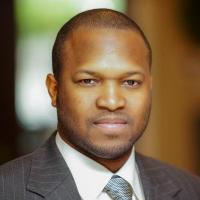 Vince Dawkins, president and CEO of Enertia Software, has worked with industry-leading organizations, and he has been integral in developing the Enertia application into a resource used by over...

The flow of energy from the Permian Basin in the southwestern U.S. shows no sign of stopping. Estimates indicate that the average output of 3.85 million barrels per day will increase by 107% to nearly 8 million barrels by 2025.

This might sound like great news, but E&P companies are facing a decline in discoveries and a slowed exploration pace because of such enormous existing energy sources. Over the past decade, exploration success has fallen from 40% to 35%. As a result, companies have compensated by working to reduce the expense of new acquisitions.

One of the most efficient advancements to adopt is digitization, but many organizations that have yet to leverage it are wasting time and manpower — their most precious resources. Research from PricewaterhouseCoopers suggests that digitization will improve efficiency and create additional opportunities for companies that pursue it.

For companies that have gone digital, the road to efficiency is less clear — but there are potential cost savings everywhere you look. According to BP’s Technology Outlook 2018, new technology could reduce production costs by as much as 30% by 2050. Instead of waiting decades to incorporate new technologies, upstream oil and gas executives should improve efficiency immediately with the following tips:

It’s difficult to overstate the importance of company culture because it provides the foundation of a satisfied workforce. Satisfaction is critically important because it reduces employee turnover, and spending less on filling vacant positions allows you to spend more on investments that generate a return. A whopping 88% of employees and 94% of executives believe there’s a connection between corporate culture and a company’s success, according to research from Deloitte.

Don’t make the mistake of thinking that higher salaries can replace satisfaction either; 61% of your employees would likely choose a job that makes them happier over one with a higher salary.

U.S. production of crude oil increased by 17% in 2018 and in December reached a record high. Thanks to bountiful reserves such as the Permian Basin, the U.S. is on track to evolve into an energy exporter as early as 2022.

That can only happen if we manage resources effectively, though. Fortunately, the U.S. Department of Energy has just announced plans to fund up to $39 million in research and development initiatives that promise to improve technologies behind oil and natural gas extraction, transmission, and storage.

Cutting-edge technology doesn’t come cheap, but taking a few risks will allow you to reap bigger rewards. Research new technologies thoroughly before investing, and ask your subject matter experts for advice to ensure you're spending your money wisely.

One of the best ways to stay ahead of the competition is easier than you may think: Ask your employees for their input. Your employees on the front lines have information that could inform almost every decision that your leadership team makes. If you can find ways to help them convey that information up the chain of command, you’ll improve operational outcomes across the board.

The outlook in the energy market is bright, but that doesn’t mean energy executives should rest on their laurels. Improving operational efficiency should be one of your top priorities because it will help your company achieve more in the boom cycles while allowing you to weather downturns more effectively.