Including debt and public market transactions, total corporate VC funding for battery energy storage companies rose 65 percent year-over-year, from $540 million in 2016 to $890 million in 2017, Mercom highlights in a news release. 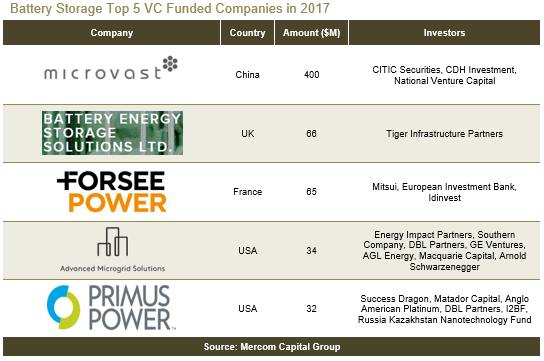 Furthermore, nine battery storage project funding deals totaling nearly $2.1 billion were announced in 2017. That was much, much greater than the $33 million in four deals Mercom tracked in 2016.

VC investments in the smart grid sector totaled $422 million in 45 deals in 2017. That compares to $389 million raised in 42 for 2016, according to Mercom's latest market research report. That rises to $1.2 billion when smart grid debt and public market funding is included, a big, 96 percent jump from $613 million in 2016. 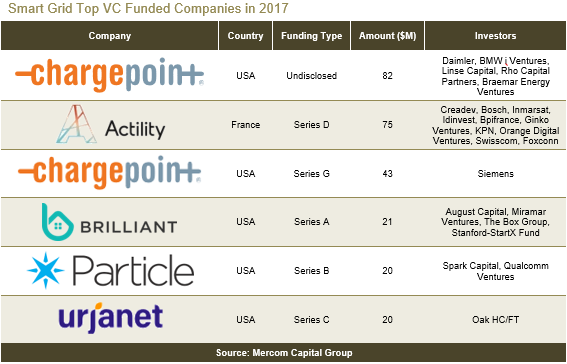 “Efficient Home/Building companies captured the most funding with $172 million in five deals in 2017. A total of 51 investors participated in funding deals in 2017 compared to 72 investors in 2016. Energy Impact Partners was the most active investor in 2017,” Mercom writes.