Over the last decade and a half, federal and state demands for a more reliable and economically responsive electrical grid have grown immensely. Possible solutions to this demand include transactive energy (TE), the combination of economic and control techniques intended to improve grid reliability and efficiency. TE is supposed to take the concept of distributed energy resources (DER) to the next level. If all goes according to plan, it could supplant the current power transmission model by the year 2020.

For some within the electrical industry, enthusiasm for TE is broad. For example, PhD energy researchers Stephen Barrager and Ed Cazalet write in the preface to their book Transactive Energy: A Sustainable Business and Regulatory Model for Electricity, “Transactive Energy scales well. It can coordinate decisions across the full spectrum of size and technology. It works equally well for central power-plant planning and for smart home-appliance operation.”

However, an anecdotal survey of other experts in the energy market on the prospects for TE reveal that while the concept has helped focus attention on the need to upgrade the power transmission grid for variable power sources and transaction systems for all electrical resources, TE is far from being ready for implementation on an operational basis.

According to Allan McHale, director, Memoori Business Intelligence Ltd., a leading research firm in power markets, smart buildings and related areas, has identified a significant number of barriers that need to be surmounted if TE is to get off the ground.

“In Europe, (the barriers) become more difficult to overcome because of the different structures for central generation systems in the 28 countries in the EU,” he said.

Because TE is so far from coming online, Memoori has begun to deemphasize current research in this area in favor of other more current concerns. “We have for the last six months turned our attention to energy conservation in buildings and the many ways in which a satisfactory ROI can be realized for building owners,” McHale added. “No doubt we shall return to smart grid (and TE) when the politicians and governments start seriously backing it again in Europe.”

Early hype for the GridWise framework
Much of the early hype for TE comes by way of the GridWise Architecture Council when it published its GridWise Transactive Energy Framework in October 2013. While the GridWise TE framework has been useful as a discussion guide on the issues, it was never intended as the final word on TE for the power transmission industry. According to Paul De Martini, managing director of NorthPoint Energy Advisors, the GridWise TE framework is not a recipe for how to achieve TE. At the end of the day, the different jurisdictions will decide how TE will be accomplished in the various states, he said.

This sentiment about the GridWise TE framework is shared by Ron Melton, director of the Pacific Northwest Smart Grid Demonstration Project and administrator of the GridWise Architecture Council. “The GridWise Architecture Council has written the Transactive Energy Framework document for the purpose of bringing together the community of stakeholders by providing an opportunity for a common understanding of the changing nature of the electric power system,” he said. “In other words, the need for new approaches and definition of terms, challenges and so forth.”

Transactions systems for reliable, timely delivery of power
Some of the most important operational developments to properly enable TE at scale will be the actual transactions systems. A thought leader in this area, Rick Geiger, executive director for Utilities and Smart Grid at Cisco Systems, thinks that it will be just as important to have safeguards in place so that fraudulent orders for power can be prevented, as it is to have systems to match buyers and sellers of power on the transmission grid.

At the heart of the matter, power transactions are business deals, according to Geiger. And while there are similar systems for achieving real time purchases such as the apparatus in use by the NASDAQ stock market, there is no chance that these will be adapted for use in TE, he added.

When will TE be ready?
With many in the field cooling their ardor for TE and transaction systems still in need of development, it begs the question, “When will transactive energy will be ready?” There is no consensus answer for when TE will be ready for prime time. However, some experts see the timeframe for TE going much further out than others do. For example, one analyst feels that there will need to be a complete integration of the variable, renewable power resources into the distribution and transmission system before TE can begin to be put into place. This will necessitate new technologies for transmitting renewable power to the grid when there is demand and for storing power when there is not enough demand.

One of the hurdles that needs to be cleared is that nobody wants to be the first to go all in on TE. “Nobody wants to be the guinea pig. Everyone is hesitant to spend money on new technologies,” said Anu Cherian, Frost & Sullivan, senior industry analyst, Energy and Environment Business Unit. “You must understand how renewables will fit into the grid. It will be necessary to set up the grid to accommodate successful energy storage schemes such as flywheels and sodium batteries. The grid must be flexible to accept different energy storage technologies.” In addition, energy storage techniques including compressed air, have been postulated by Barrager and Cazalet as part of the solution of fully integrating variable power into the grid.

According to Cherian, a more conservative timeline should be contemplated for when TE goes to scale. She sees the possibility that TE could take up to 20 years to come to fruition as the grid grapples with all the renewable power source issues that need resolution.

“The more I talk about it, the more TE becomes complicated in my head,” Cherian says.

Hope for the future: San Diego shows TE works at small scale now
Even though it appears that TE remains an image on the horizon, one can see it is working on a small scale already today. Two current examples come to us from San Diego.

“TE is generally associated with bringing customer resources into the grid and making sure they are paid for them,” De Martini said. “TE talks about having solar and an intelligent inverter and converting AC into DC and selling it back (to the grid). For example, San Diego Gas & Electric is testing this with SolarCity.”

And as Barrager and Cazalet describe in their book, San Diego State University has taken the step to peel off from the public network by planning and operating its own microgrid. “These standalone ‘grids’ capture the efficiencies of integrating and optimizing various sources and uses of energy,” they write. “They can plan investments and operate their systems independent of the grid.”

So with some more positive examples and time, TE could be operational before we know it.

Derek Handova is sometime journalist, part-time blogger and full-time marketer in the telecommunications industry. He can be reached at handovaderek@gmail.com. 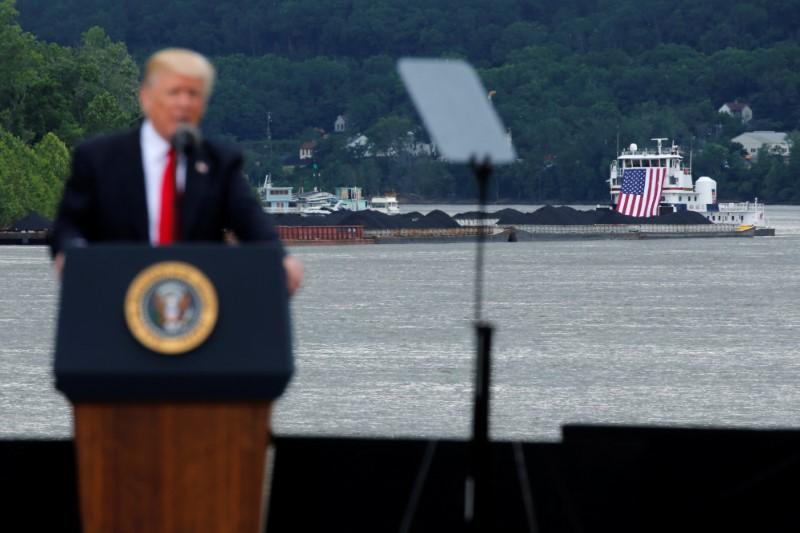 Consol, which mines thermal coal for power plants in Pennsylvania, boosted capital spending last year by 50 percent to $81.4 million, and it aims to bump that to $125 million in 2018, according to its filings. Ramaco, meanwhile, more than tripled..

With corporate tax rates being slashed permanently as part of the Trump Administration's shortsighted tax overahual plan, some wonder if the utility industry will respond in kind to their end users by slashing the rates customers actually pay. In..

A YES WE HAVE a strong response to "Didn’t we learn anything from deregulation?"

There is a lot that has been learned about what was supposed to be deregulation, which was in fact re-regulation, privatization, or both. Since 2013 there is the paper "A complete and fully functional electricity restructuring proposal" to be..

A YES WE HAVE a strong response to "Didn’t we learn anything from deregulation?"